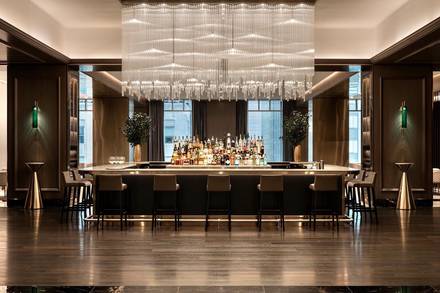 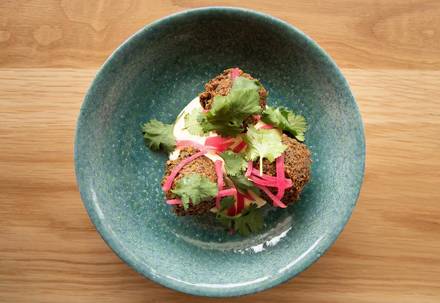 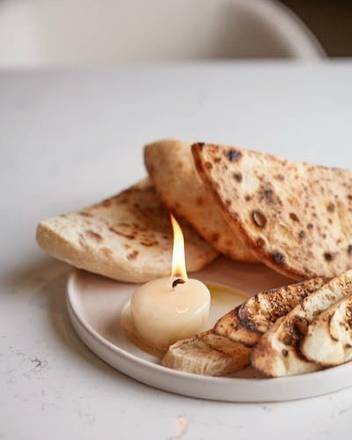 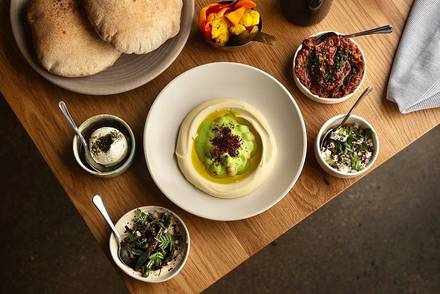 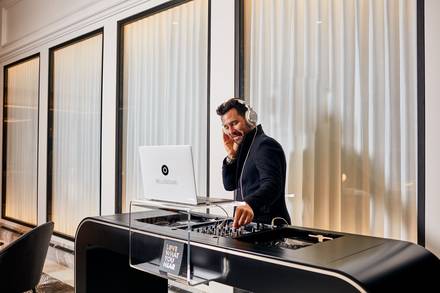 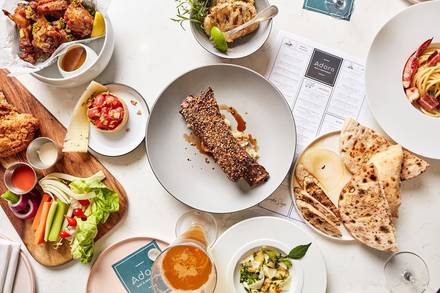 It used to be that hotel restaurants were considered more places of convenience than destinations; Adorn confirms that at the Four Seasons, you can enjoy inventive and delicious food that can stand on its own and merit a special trip, even if you’re not staying at Chicago’s Four Seasons, one of the world’s finest hotels.

The Adorn menu begins with a few surprises. Case in point: Bread and Edible Candle Service features aged beef suet, a seeded cracker and house pita. Eating fat was once considered, let’s just say, not cool. With the evolution of American tastes, however, and the ready acceptance of straight-out fat as an appetizer, we have the Italians to thank for introducing us to strutto, or beef fat, which is also called tallow (and in the not-so-distant past, it was used to make candles; get it?). It’s delicious. And Sawyer even includes a recipe for this dish on the restaurant website (we thank him for that, though we recommend you have him render the fat and serve it to you; it’s a lot easier that way).

Another surprising dish is the Truffle Poutine. Poutine, the French fries in cheesy gravy favored by Canadians, especially in Quebec, is here dressed up with the world’s most highly valued fungus, a clever mingling of fancy and everyday foods. This big platter of deliciousness is a lot to tackle as a first course, so you might want to enjoy it as a side, and like the Bread and Edible Candle Service, this dish is Kosher.

Lest you think that dining at Adorn is going to be an off-the-wall experience, Sawyer pulls you back with some comfort foods that you’ve probably had many times, but perhaps never so expertly prepared. For those who prefer the gifts of the sea, there’s halibut, baked in salt (the better to draw out moisture and concentrate flavors), served with Hollandaise, pickled mustard seed, pureed potatoes and asparagus, gluten free and, yes, Kosher (a theme that’s pulled through many of these dishes).

Even the humble hamburger gets high treatment at Sawyer’s Adorn. The Dry Aged Prime Beef Burger is topped with the traditional American cheese, adorned (ha!) with bacon and *secret sauce,* presented on a potato bun. And yes, French fries do come with that (and they’re labeled as “proper fries,” so they get a lot more attention than this simple and customary side usually receives).

If you’re having a fancier dinner with friends or business associates, you may want a piece of meat that will pair perfectly with a selection from Adorn’s extensive wine list. In that case, you may prefer to go with the Classic Filet in a red wine Bordelaise, served on a painted plate (we’re not exactly sure what that is, so let it be a surprise). 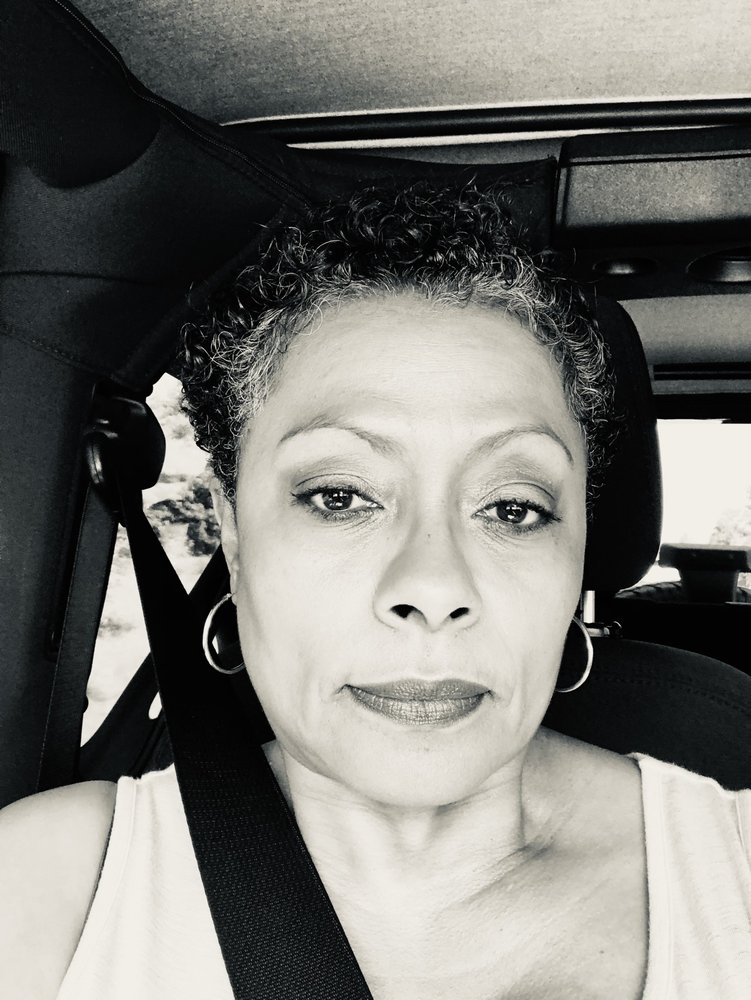 After spending the day at Wrigley Field, my family and I enjoyed dinner at this restaurant. Adorn is located in the Four Seasons Hotel in Chicago's... 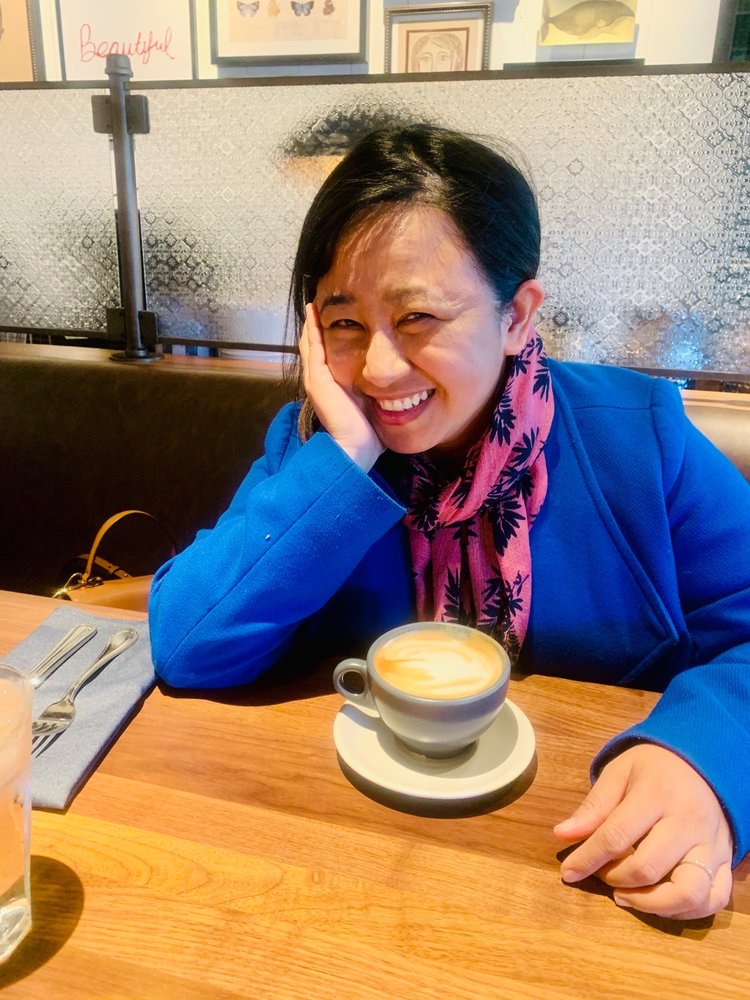 This restaurant is in the 7th floor of the Four Seasons in the Magnificent Mile across John Hancock Tower. We walked in around 10am-11am. Got seated...

When coming to Four Seasons Chicago, based on interior decor itself, we knew we had to make reservations. We made a reservation in the morning for that...

Mike L And Jerry The Pigeon

What can I say.. this is my favorite mall in Chicago. A warm, inviting space with high end stores and an even more amazing food court. Then the top floor has a Top Golf & a hotel lounge vibe. Plenty of place to grab a coffee or dessert and just shop the day away!! 🛍😃 I give this place 5⭐️ Jerry gives it 5⭐️

Shopping here is like at home but in a mall. Very nice selection of stores. Impressive restaurants, fashion stores, and many more. The best of quality. You got what you need and enjoy it within. Beautiful place and the staffs are very friendly. They are observing health protocols and of course the place is very clean. I am enjoying this place when I need to unwind from the stress of life. Just come here and you will experience a stress-free moment. Parking space is not so crowded. I will recommend 900 North Michigan Shops to all of my relatives and friends who are very fond of shopping. Buying relieves stress. Let's shop! 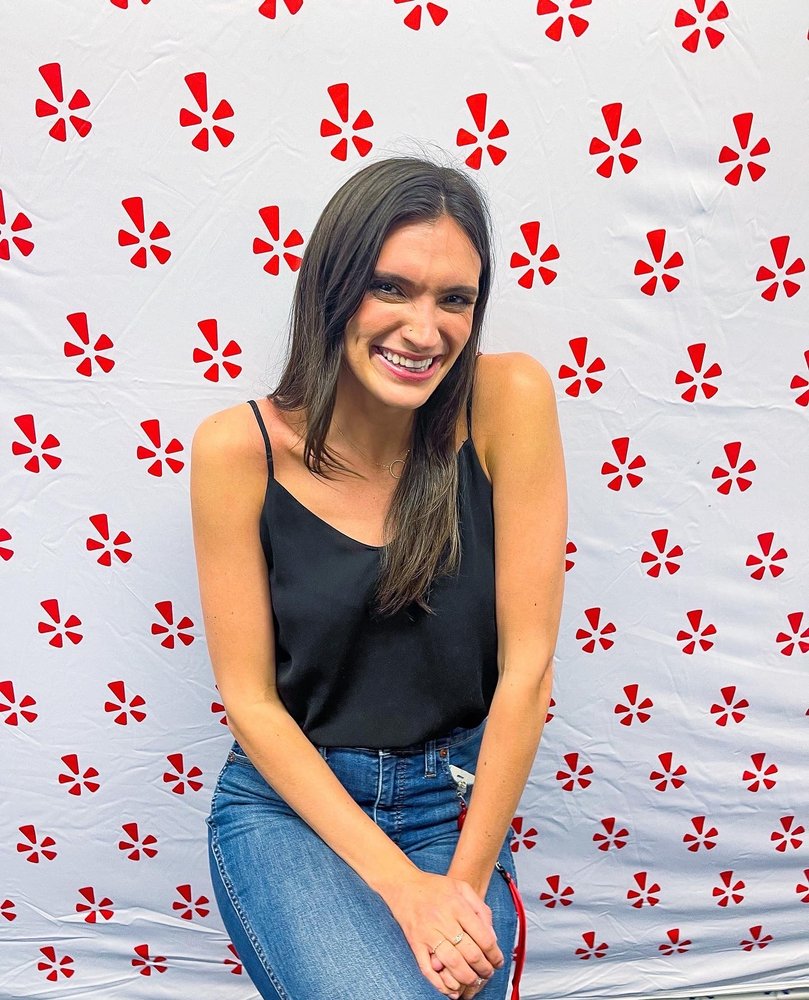 Fantastic experience from start to finish! With all the praise, I didn't expect much less, but I was so pleasantly surprised it lived up to the hype!... 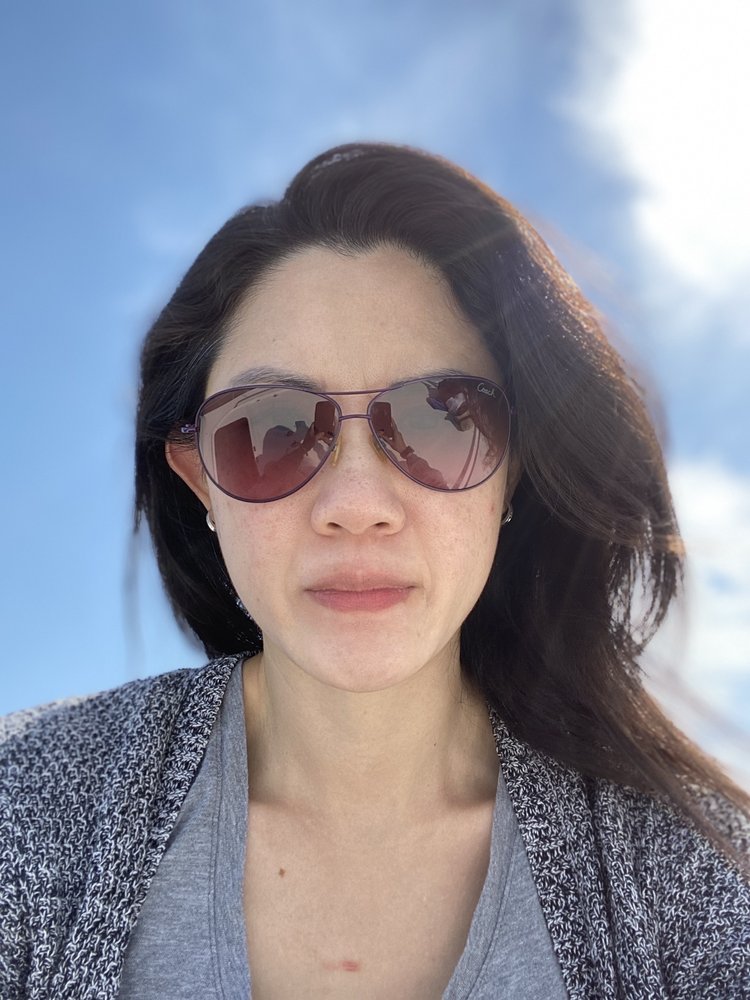 Came here for breakfast to catch up with friends. The place is beautiful! We ordered the avocado toast, eggs Benedict, French toast, and some pastries....

Nice place to shop all your makeup, bags, clothes, shoes. They have many brands from mid-end to luxury

Really impressive looking mall All the stores and restaurants close at 18.00 pm 🤔

I have a customer and he wants a portrait of her and his boyfriend. He wanted to give it for her anniversary. Since I have art materials, the only thing I don't have is the canvas. Since she wanted a big canvas. I came here this morning and went to the art supplies store. They don't have those sizes of canvas so I looked for another store. Finally I found one. I also bought a big brush and a white acrylic for the base color. After I grabbed it I went to the counter. They put the acrylic and the brush in a paper bag. Since there is no available size of paper bag for canvas they didn't put it. I'm glad that I bought my art materials in this mall.

It was already afternoon when I came here. I decided to buy a gray suit, white turtle neck polo, gray pants and some leather shoes. I will be attending a business party so I want to buy a formal outfit. It will be held next week. I entered one of the stores here. I went to the men's section. They have a balck suit but no gray suit so I went to another store. Gladly they sell a set of gray suits, white polo and gray pants. I bought it even though I didn't wear the white polo. Then I went to the area of turtle neck polo and I like the fabric of it. It was not too hot to wear. After I paid it at the counter I looked for a store that sold leather shoes. It took 15 minutes before I found it. I bought a black leather shoes. It is a little bit expensive since it's branded and it is leather. Overall I bought everything I needed.

Friendly staff, our waitress gave us great suggestions and always made sure that we had everything we needed! Pictured is Fried Chicken sandwich & Poke... 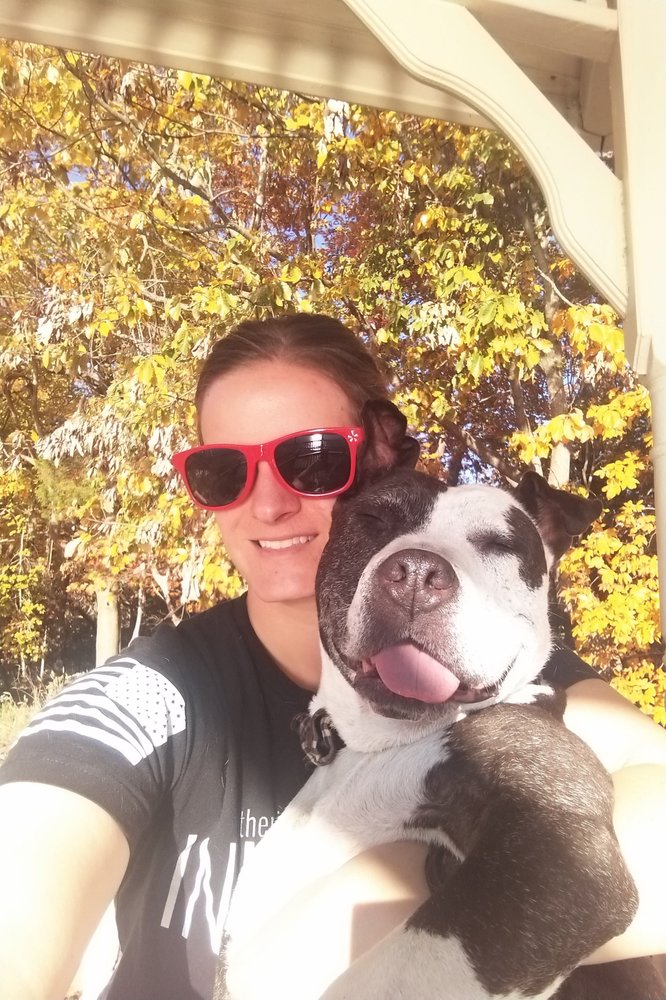 I had an absolutely delightful experience here. Our server, Kate (?), was a total rockstar and the food was delicious. I ordered the Brussel sprouts... 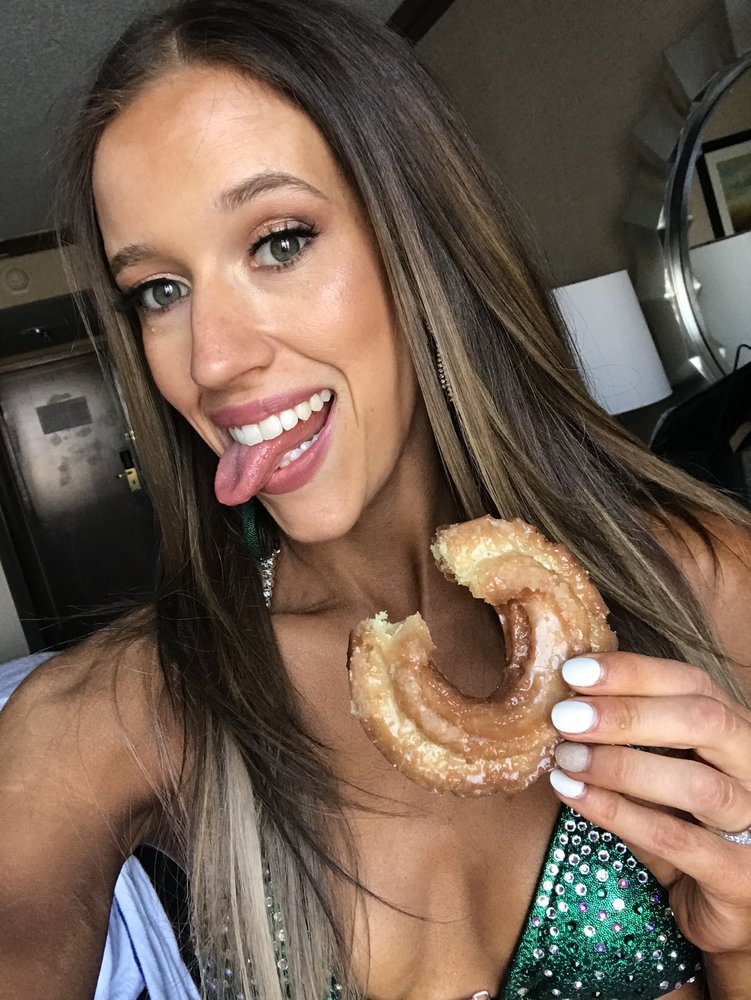 So many tempting options on the menu but we went with: . Now I was a little disappointed it wasn't the mini croissant cereal advertised on their SM BUT this...