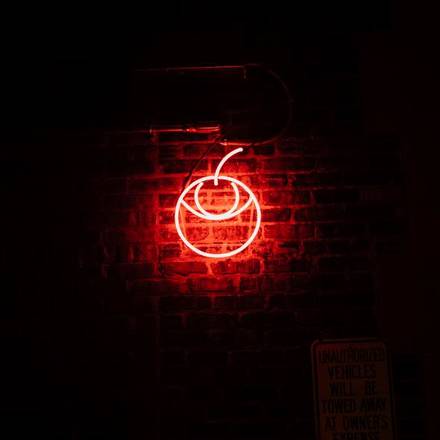 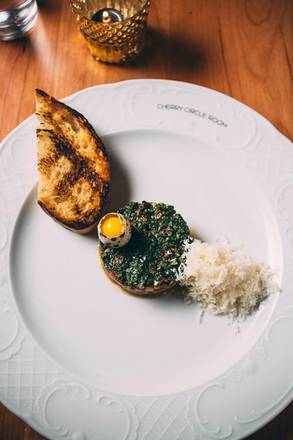 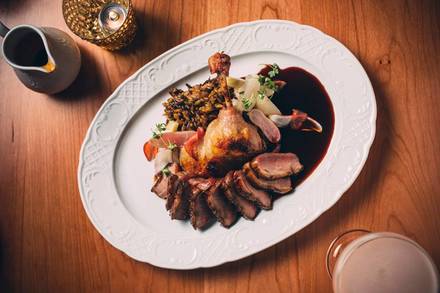 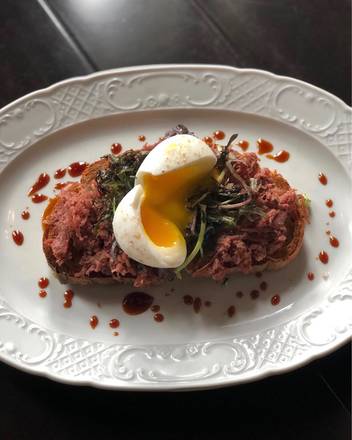 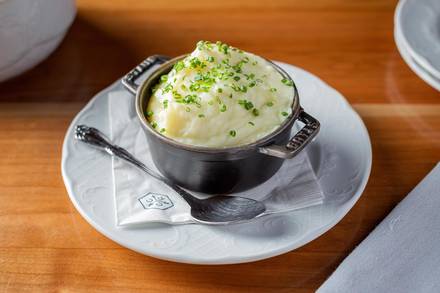 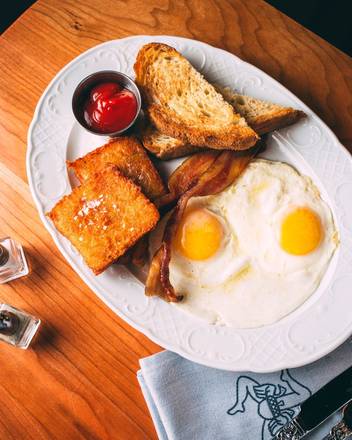 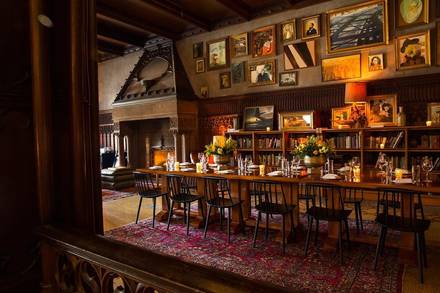 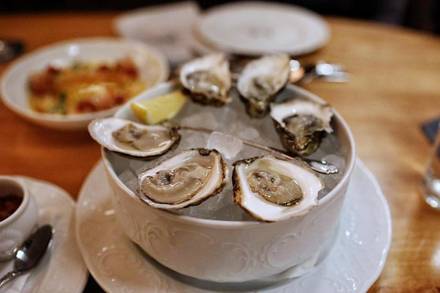 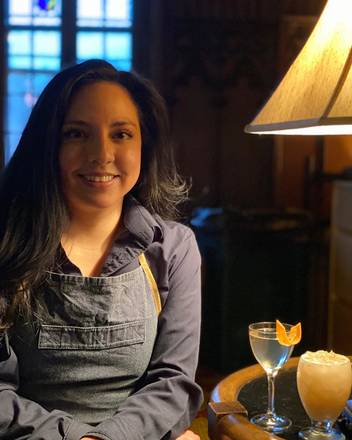 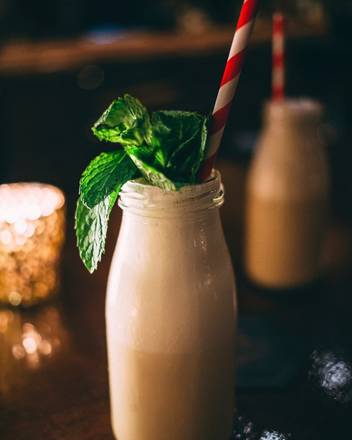 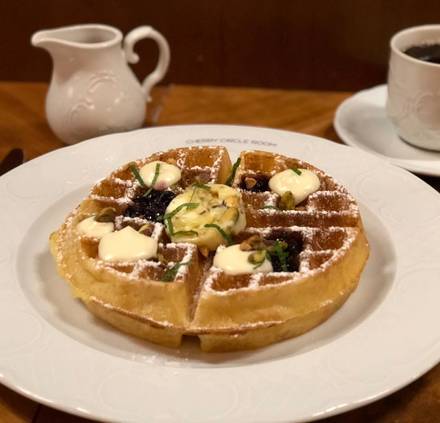 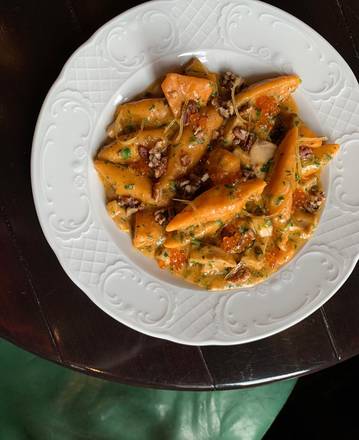 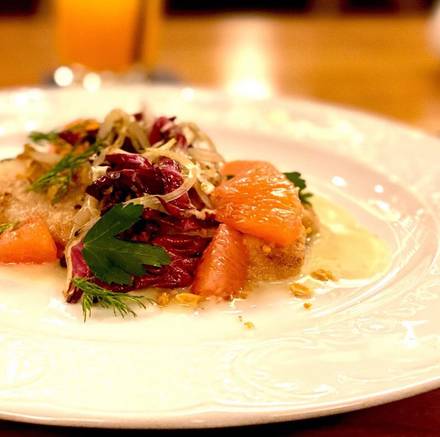 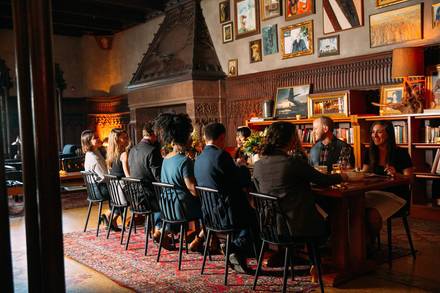 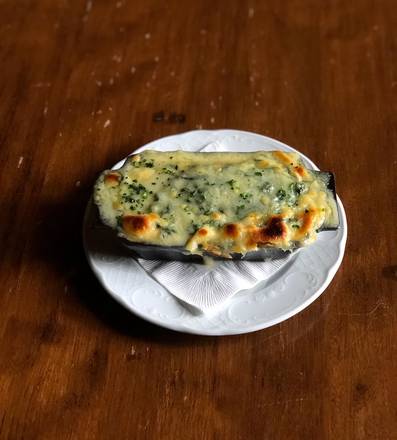 Rooftop bar Cindy's gets all the attention because it overlooks Millennium Park, but Cherry Circle Room is the true star of Chicago Athletic Association Hotel. It's tucked away on the second level of the restored property, which was a men's only club for a number of decades after opening at the turn of the 20th century.

Cherry Circle Room looks and feels like a piece of Chicago history as much of its interior has been left intact. Lots of hardwood accents and red leather booths add a sense of authenticity to the setting. The bar is also part of the original structure, but the long and winding shelves behind the bar have been custom designed for the space and have been made to look as though they've been there all along.

And, speaking of authenticity, several items from the original menu can still be enjoyed such as the cold-smoked beef tartare and crock of French onion soup. The offerings also include several tableside presentations of classic cuts of meat, fresh seafood, and thoughtfully composed and plated house specialties.

Land and Sea Dept., which owns Parson's Chicken & Fish, is behind the cocktail menu; local brewery Marz Community Brewing Co. has collaborated with the restaurant for a limited edition Cherry Circle Rye Ale. 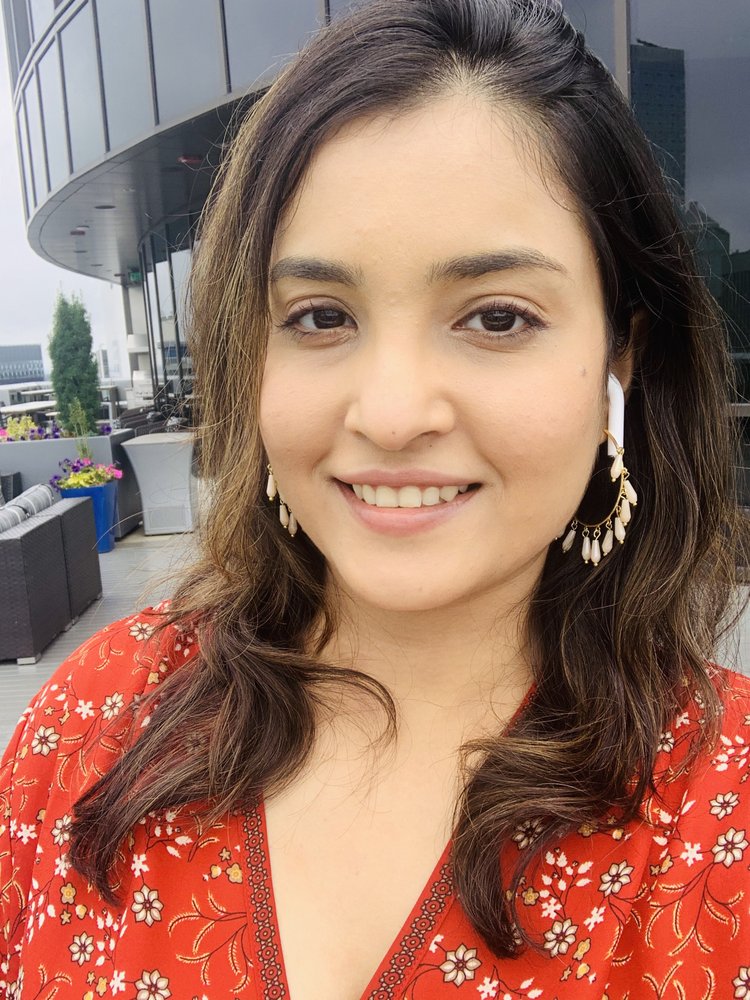 An absolutely stunning restaurant and bar in the Chicago Athletic Association hotel. Keeping up with the dark academia give the entire hotel serves, this... 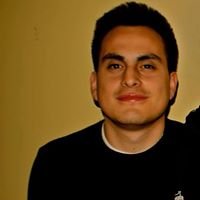 Honestly embarrassed to admit I did not know this existed till very recently especially given I had been next door plenty of times. well hidden behind the...

Great atmosphere, good food, and terrific staff. Chris, our waiter, gave us some of the best service we’ve ever had in a restaurant. Excellent drinks too. Highly recommended.

Took the wife here for birthday dinner. She had a taste for steak frites. I ordered the while sea bass. She enjoyed her dinner, but the frites were fries, bit thin and crispy like expected. My sea bass was cooked and seasoned well, only issue was the bones. Next time I won't order a whole fish. All in all we had a his time there. The service was excellent. 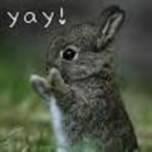 We've found ourselves at this bar twice in the last month. Both times we arrived with no one sitting at bar, and we were placed at the far end of the empty... 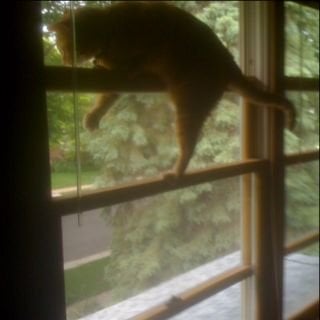 Can't say enough. Leave it at that! Food was delicious. Steaks were unacceptably expensive, however. Service was impeccable. Unique atmosphere. 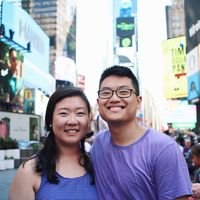 Wife and I went for dinner before a CSO performance. We got there a little an hour before we wanted to get seated at CSO so were in a little of a time... 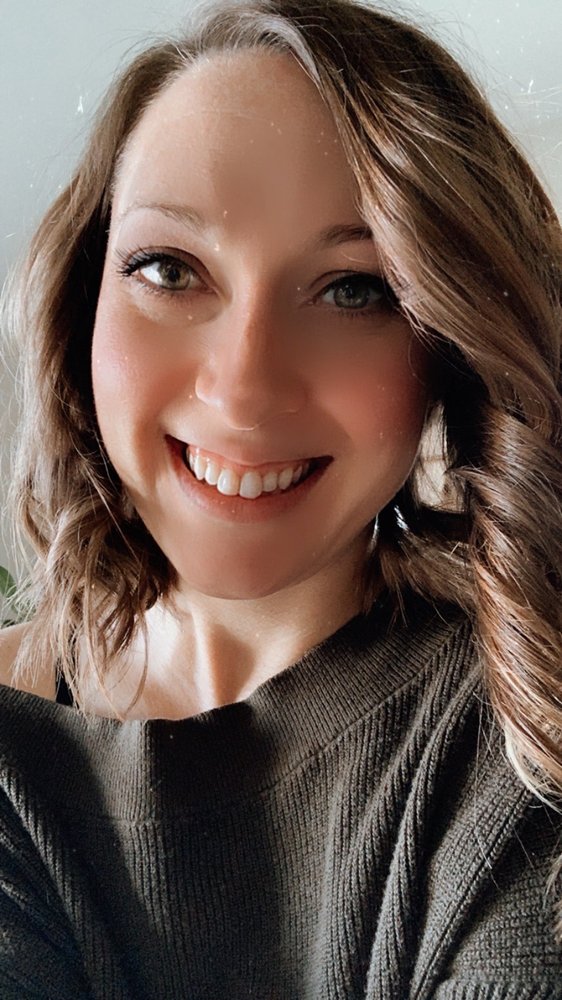 I stopped her for breakfast on Saturday morning and was seated immediately without a wait. My berry mocha was divine, absolutely divine. I also tried the... 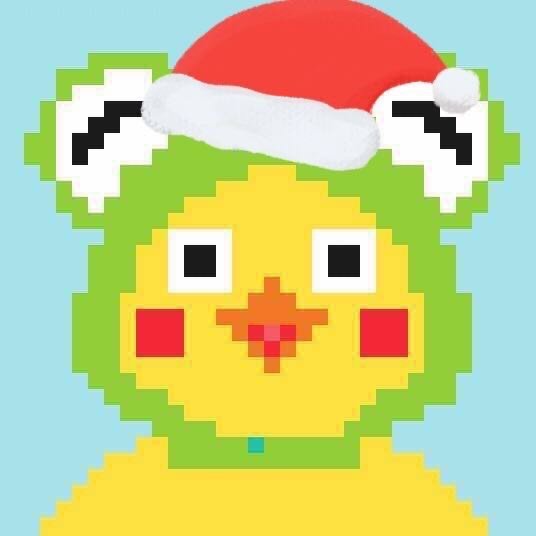 Great ambience and nice food. Service is also pretty good. not many people during the day.

One of the finest dining experiences we ever had. From the starter to the dessert the quality and tastes of everything was outstanding and the service was delightful and very professional. They made us feel welcomed and comfortable. Do yourself a favor and visit this lovely restaurant!

Hostess is a Witch. Called for reservation. Only High Tables were available, fine, but they don't have High Tables. There going seat you at the bar. When we get there I asked if we could sit at the six open tables for two. Her answer was "they're reserved". So at the Bar we went, but the only place at this huge bar, was along side another couple and right in front of the bartender mixing drinks. Couldn't wait to get out of there. Crazy, the tables were still open on the way out.

There are a variety of reasons that someone may visit Cherry Circle Room. You may come here for an anniversary, business meeting, birthday, or another celebration. I come here for the simple fact that they have the best food in Chicago. Hands down, this is one of the top three steak restaurants to go to. I personally believe that the combination of steak, cocktails, and environment make this the best location. I do not like the fact that it is inside of the Chicago Athletic Hotel for one reason, we do not think the staff is very reasonable at times, but I do think that the Cherry Circle Room is the best with regard to quality of food. You need to eat here at least one time.

What a classy fabulous establishment. This is perfect for a romantic date or a couple couples. I think the bar top can get busy at happy hour too. The food is really delicious. I had the steak frite and the hollandaise was perfect and light. These folks really know their wines too so best ask them. 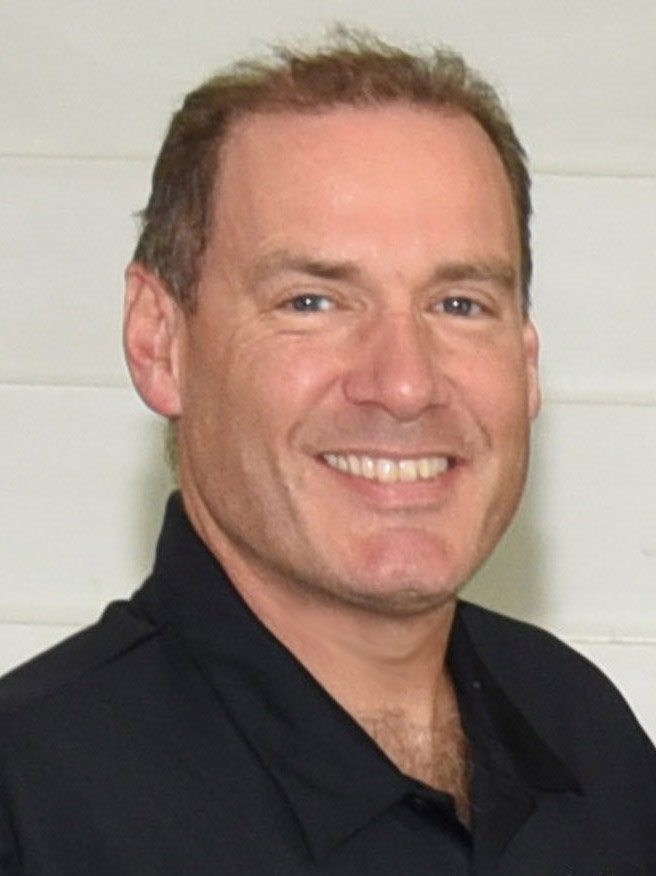 Three stars is extremely generous based on our experience at CCR. I'm fairly certain the evening was an aberration and they are usually better, but the way...

Lovely ambiance and delicious food. I recommend the sea bass, pork chops, Brussels sprouts and Japanese milk bread. Drinks were strong with a great variety to choose from.