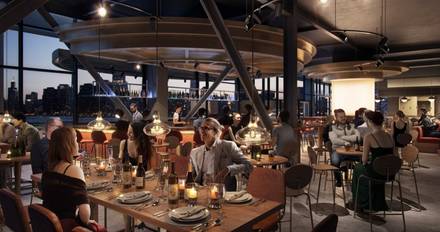 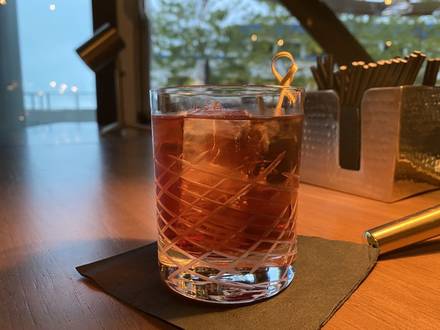 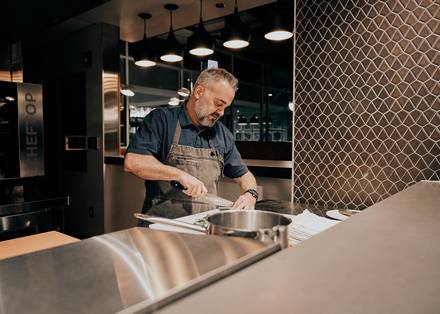 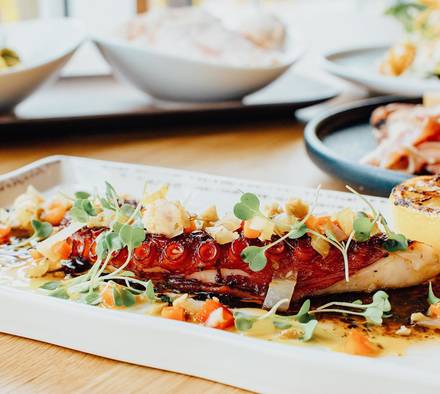 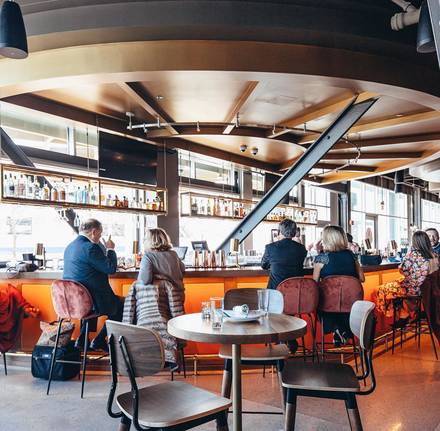 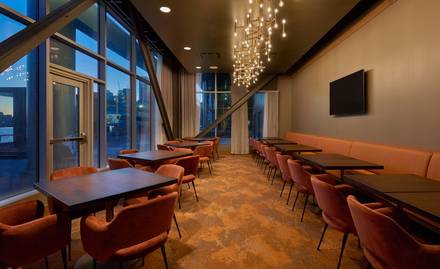 Lirica in the Sable hotel on Navy Pier presents a largely Spanish-inspired menu of well-executed dishes. On the tourist-heavy pier, you might not expect much in the way of great food, but the Tribune's Louisa Chu tells us "the food at Lírica was so much better than it had to be."

A classic, the Spanish tortilla -- a kind of potato and egg omelet -- is served at Lirica, with a twist: it's more pie-like than the traditional Spanish version, and it's stuffed with spinach, roasted peppers and arugula, with cheese on top and potatoes offered as a side rather than integrated into the omelet. It's very good.

Patatas bravas, another classic of the Spanish table, are done in the more traditional style, with crispy potato chunks in a spicy aioli, pretty much a guaranteed table-pleaser. This very popular side dish is almost required eating at any Spanish restaurant.

There are also dishes with a distinctly more Mexican accent, like a very good taco of carne asada and guacamole, which many expect at any restaurant that has a menu with Mexican dishes, and the one-two punch of red meat and avocado is a winning combination..

Our favorite Mexican-forward dish is the Torta de Milanesa de Pollo, a kind of pounded chicken, fried, and served in a delightful morita chili sauce, along with a side of refried beans, grilled red onions, a cut above many other versions of this dish that you'll find in Chicago.

As you can see, the Lirica menu is pan-Latin America, and there is even a representative Argentinian dish: very fine empanadas.

Cocktails are more strongly Mexico-centric, with several tequila-based margaritas (classic, pineapple, and peach-vanilla. The wines, however, tilt back to Spain, with many good-looking riojas and cavas.

If the weather is seasonable, by all means opt to sit out on the patio overlooking the harbor, a main draw -- along with the good food -- for this restaurant.

Lirica in the Sable hotel on Navy Pier 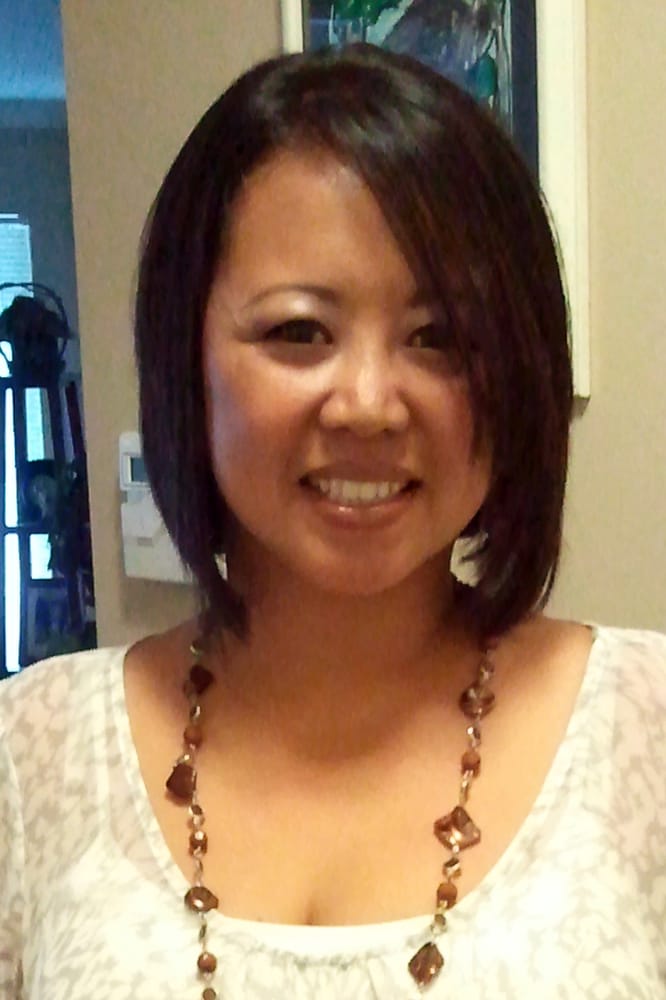 The food was mediocre to good. The service was subpar. And any good was nullified by the shameful customer service from the manager (on the evening of... 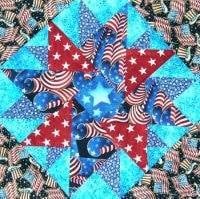 Service was great, very professional. Like most restaurants in Chicago, they likely have a shortage of staff, but they seemed to have enough on the night that we were there. The food was a bit slow to arrive. Without any prompting from us, the kitchen sent us complimentary chips and guacamole to make up for the slight delay. Food was very good. The Crispy Brussels Sprouts were very delicious, and I recommend trying them. The Chicken Sandwich was also great. Others had the Walleye and the Roast Chicken and indicated that those were very good. Lirica is a wonderful option for a table service restaurant at Navy Pier. We will definitely return. 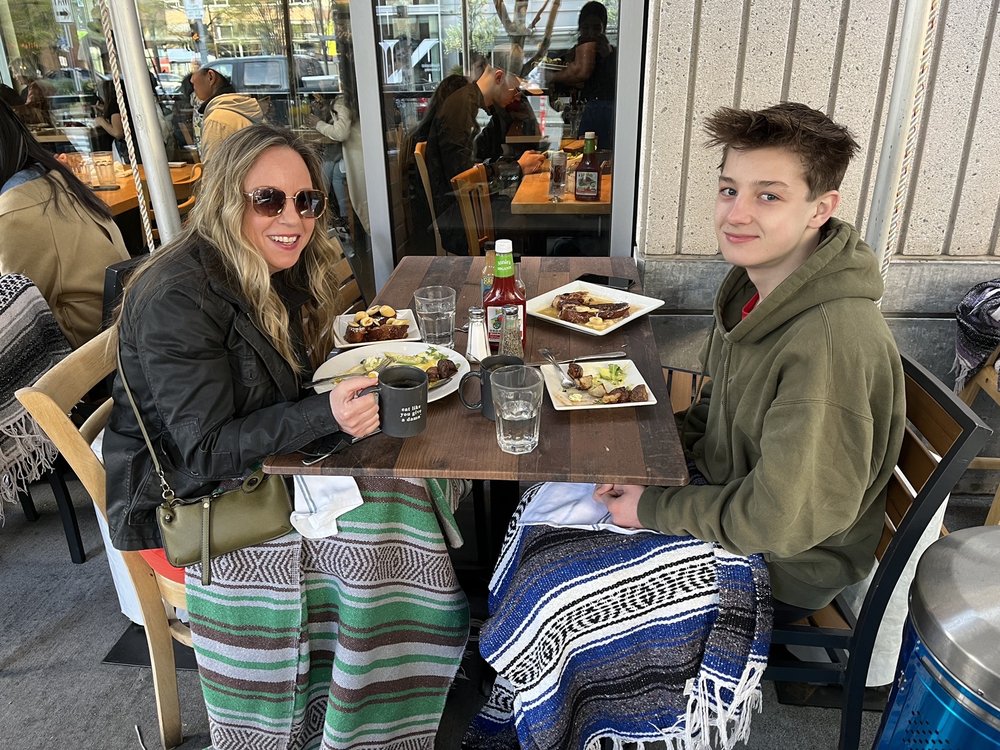 The area is beautiful out on the peer but the service was not great. Ordered the nachos right away it we ended up waiting 45 min for them to come out. It... 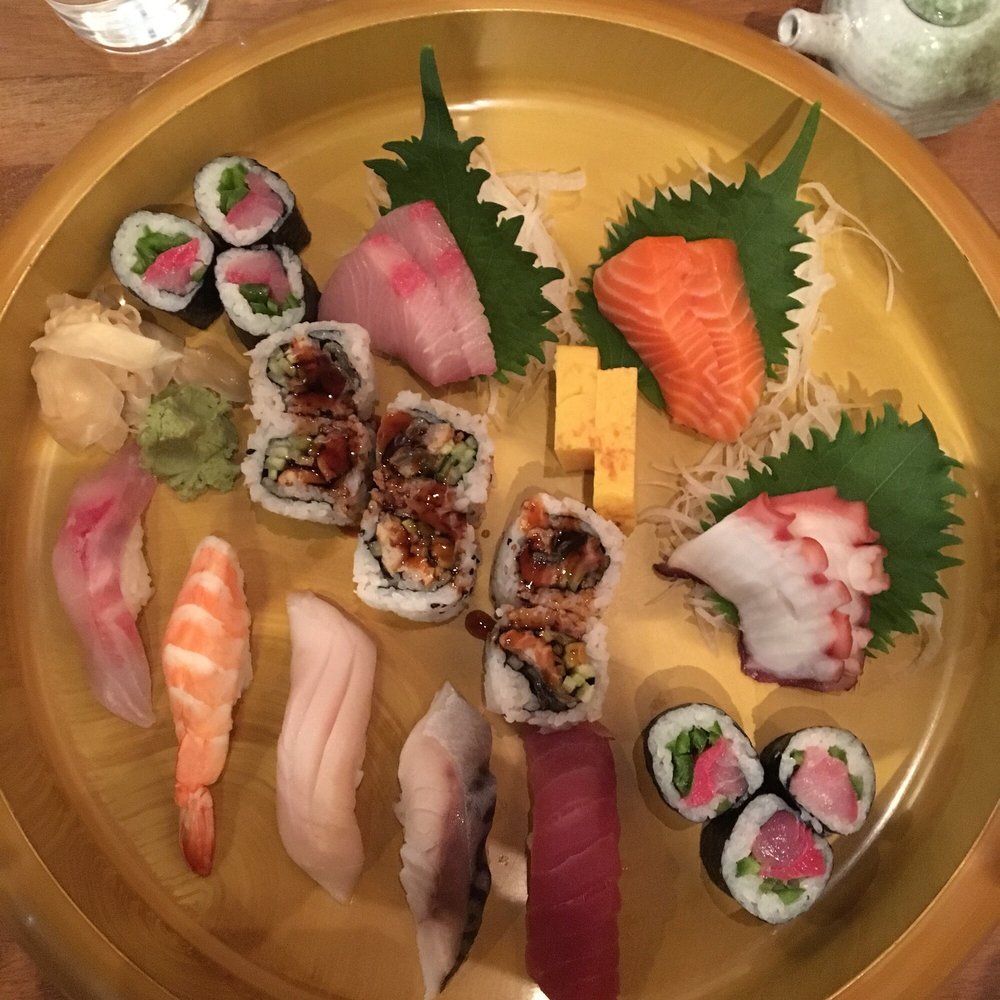 'Sherry' Cola + Pan Seared Walleye We started our dinner with cocktails and boy did we earn them after a walk to Navy Pier in 80F+ weather! I couldn't tell...

Food was good, not great or excellent. Small limited menu. Small Service was great though. Atmosphere great neat view on the Navy Pier.

Came here for dinner on a Saturday night since Chicago does free fireworks at the Navy Pier at 10pm on summer Saturdays! This restaurant was a great...

The food was exquisite. The ambiance very cozy and elegant. I loved the lunch and plan to be back for dinner.

Horrendous experience. Their website lists that there's a separate vegan menu. I called to confirm, but I could only listen to a recording. I finally arrived to meet with a group and was informed that not only do they not have a separate menu, they no longer have any vegan options available. The staff that informed me of this was quite rude. Very poor service based on this interaction. I can't recommend going here.

This is a beautiful location. Located right off the walk area in Navy Pier, this restaurant is the perfect place. Our server, Roger, was amazing. The overall service wasn’t as great. When we were entering, the opening was closed off and after stating that we had a reservation but asking where the opening was, we were requestioned if we we really had a reservation at this restaurant. Overall though, awesome food and great service. 10/10 Lirica Salad 10/10 Wings 6/10 Gazpacho 10/10 Nachos 10/10 Kid Nuggets 10/10 Pineapple Mocktail 7/10 Guaca Y Coco

Me and my daughter n law along with my granddaughter’s, we were at The Sable Hotel decided too go downstairs and eat dinner. The atmosphere was really nice, the wait was not even 5 minutes. Our waiter came over to bring water but we didn’t want fountain water, so we had Fiji water. We ordered some nachos with steak, and it was very good, my two granddaughters wanted cheeseburgers. And I ordered a cheeseburger as well. Trying to figure out why we had the same burgers but different price the kids was 10 dollars and mines was 20. That is only complaint. That is a very big difference in the money amount for the same thing. I definitely will not be going back.

Service was horrible. They weren't busy and three people at the bar left because they weren't acknowledged or served. We refilled our water glasses because...

Employees prefer empty tables rather than attending a big party. Apparently the restaurant was full of reservations that never showed up, and tables kept empty and capacity unused thanks to poor capacity managing and horrible host policies. The menu looks promising. However, this restaurant is not ready to compete in the current market environment and is not good providing service. Zero points in customer satisfaction.

We loved the convenience of this restaurant in the lobby of the hotel! The food was pretty good, the portions were large & the service was good! The food in my opinion is a little over priced for the quality, but it’s the price of convenience, so I get it. The manager George was awesome! Very helpful, attentive & always working. We ate here multiple times while staying here so I got the chance to try different menu items. My favorite was the brunch menu.