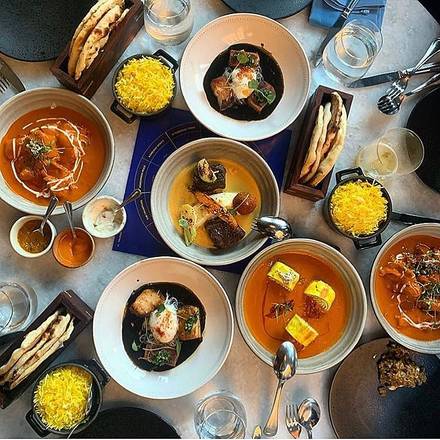 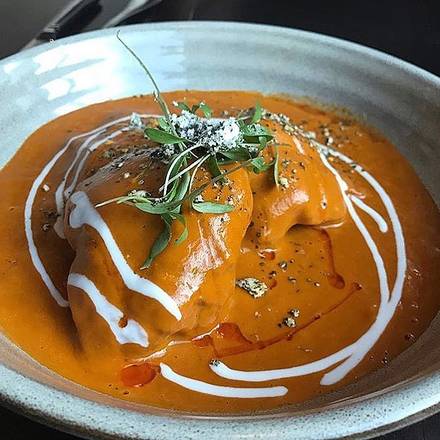 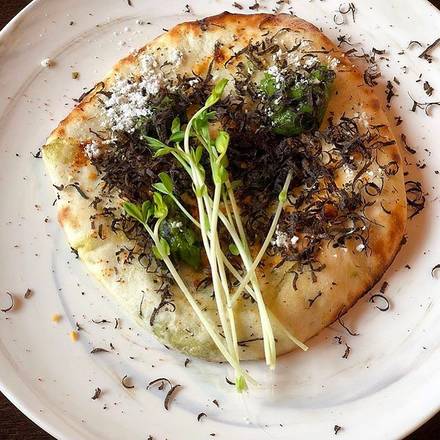 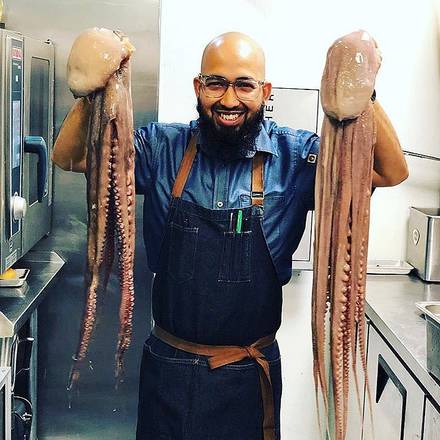 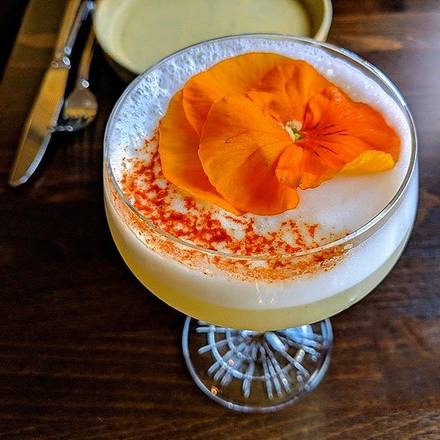 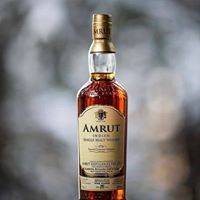 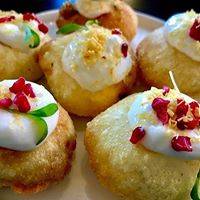 There are a lot of Indian restaurants in Chicago, but none quite like ROOH, which represents a bold direction in Indian cuisine pursued by few other restaurants in the United States.

Headed up by Chef Sujan Sakar (Times’ Chef of the Year in India), ROOH is aiming to present “progressive Indian” cuisine, which means he wants it to represent a step in the continuing evolution of the Indian cooking tradition, with dishes that contain many of the ingredients and flavors of the Indian food we know…but with a difference.

Here are some examples of how the cuisine at ROOH represents a fresh take on traditional Indian cooking.

Tuna Bhel is a variation on Bhel Puri, an extremely popular street food in India, usually consisting of puffed rice, vegetables, spicy tamarind sauce and many other ingredients. Behl puri is sold all over India. At ROOH, there are – somewhat surprisingly – chunks of raw tuna added to the mix, which you would never see on the street food version, but which works very well with the more traditional ingredients.

Dahi Puri is another popular Indian street food that Chef Sakar reinvigorates for a fine dining environment. Puri is a kind of crisp sphere, traditionally filled with any one of a number of ingredients. At ROOH, Sakar fills his with avocado and crushed raspberry, which you would be unlikely to encounter on the streets of Delhi or Calcutta.

Butter Chicken is a familiar dish with several chunks of the fowl in a sauce of red pepper Makahni, fenugreek and butter powder, probably the closest thing to a traditional preparation that you’ll find at ROOH.

An interesting angle on the food at ROOH is that they’re aiming to reflect ayurvedic values, which puts an emphasis upon seasonal foods, particularly beans, sprouted grains and seeds.

Traditional or innovative, all dishes in any restaurant represent a series of decisions by the chef, who incorporates many familiar elements but varies the recipes based on ingredient availability, whim and other factors, random or calculated. ROOH prides itself on taking recipes for traditional Indian food – including many items you might see on the standard Devon Avenue buffet – and pushing them in a way that extends boundaries and sparks our understanding of dishes we thought we knew.

It seems fitting that ROOH is located near Lena Brava, a restaurant from Rick Bayless, who himself took traditional Mexican food and progressively modified it with new ingredients and techniques, demonstrating that our understanding of what’s “authentic” is always subject to change. The rule seems to be, if you’re going to serve food on Randolph, you better be trying for something that breaks the mold and goes for something different.