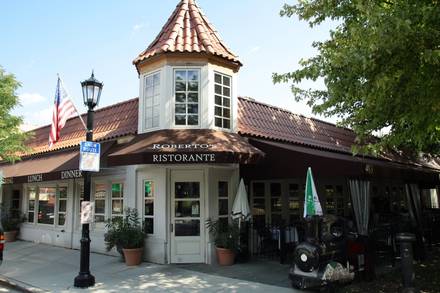 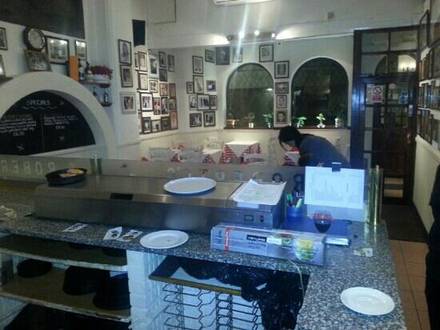 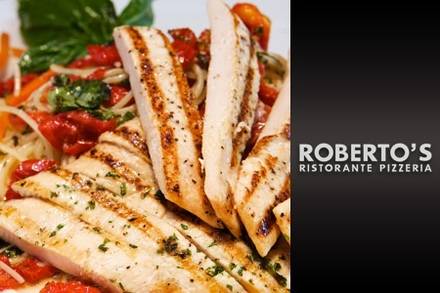 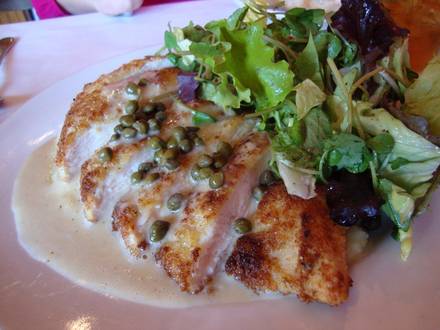 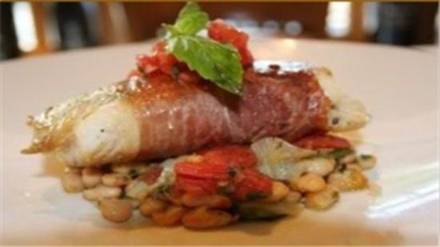 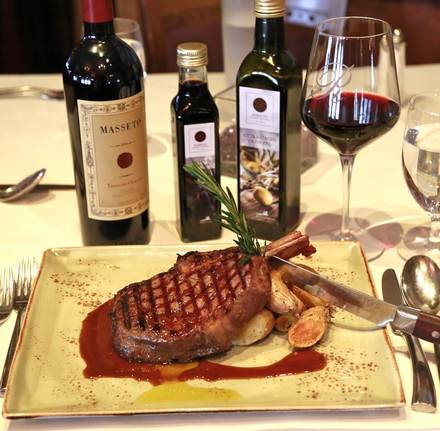 Pizzas, authentic Italian cuisine and seafood are the specialties at Roberto's. Live music features, too.

This was a great place for a business celebration dinner. Wide variety of excellent seafoods and pasta, with great options for our gluten free diners. Excellent wine menu, and we finished with great desserts. Frozen peach with sherbet peach ice cream is a great dessert.

Amazing Italian and steak! We went for an anniversary/birthday dinner and we truly enjoyed the food and service. The atmosphere is great whether sitting indoors or outdoors!

This place is all about the details. I have heard about this amazing Italian restaurant from four different people from different areas. I had high expectations and it exceeded them. As was recommended by someone I trust, the linguini with white clam sauce was cooked perfect al dente and to die for. The bruschetta was crispy and flavorful. The daughter’s lasagna was the best she had ever had, yet still had room for a slice of cheesecake for dessert (lunch dessert I might add). The waiter was true Italian and barely spoke English. The bar and setting were fantastic. There is not a thing bad I could come up with. Even the details on napkins in the men’s room did not escape me. This was one of the best Italian meals I have ever had. My 4th generation Chicago Italian wife agrees.

Roberto's is absolutely has great food! I highly recommend and it is always good. Even had them cater a party for us and the food made our event extra special! Thanks

Food is delicious. We had family style, we were a large party of thirty. Service was incredible. Street parking.

Great food and service! Our waiter (didn't catch his name) was very helpful and attentive. I got the Chilean Sea Bass and it was incredible!!

Food was outstanding, really liked the atmosphere of this place. Manny and the workers were all very nice! Had a great time there.

It was really busy, but Nikko was great. Our salads were good, but the octopus was a little overcooked.

Roberto's presents Italian food at it's finest. This is no ordinary suburban restaurant. Hands made pasta, seafood and twenty-one day dry aged steaks. Calamari, grilled and fried are to die for. Seafood pasta, Lobster ravioli and Halibut were so fresh and seasoned well. Service and timing was impeccable. Our family was so impressed with the delectable Happy Birthday surprise Tiramisu that we stayed for sorbet and coffee. Roberto's Ristorante & Pizzeria should be on the list of go to Italian restaurants when in Elmhurst.

Roberto's has been our go-to for pizza since we moved to Elmhurst a couple of years ago. It had been my husband's favorite. We have stacks and stacks of menus saved in our drawer. Tonight we placed an order for a pizza and found a large bug under the cheese. When we called to let the kitchen know, whoever we spoke with said there's no way it could have happened there because "everything is sterile". He said because we ordered "lite cheese" it couldn't have happened, as they would have seen it. Then he said he would send the delivery driver back to collect the rest of the uneaten pizza. I get that this can happen; all we wanted was our money back. And we were happy to return the uneatened portion (wasn't going to eat it after finding the bug). Still, I did not appreciate the accusatory tone when we called, especially since we've been loyal customers and haven’t had any issues prior to this.

Good restaurant. BEST pizza will be a guarantee from me. And the best food there

The food and service was great!

Service was great, food was amazing! I'll be coming back.