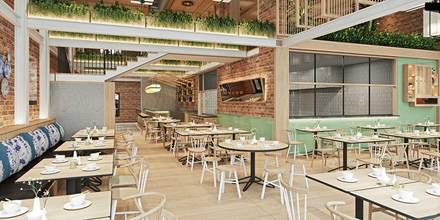 The team behind Imperial Lamian, the award-winning, Chinese-influenced eatery in River North, takes its talents to Schaumburg for a second concept. Phat Phat aims to bring Chinese food from the Southeast Asia perspective (think traditional Chinese, plus fare from Singapore, Malaysia and Indonesia) to this community that's home to the famed Woodfield Mall.

Highlights on Phat Phat's menu include fried rice, rice clay pots and coconut chili shrimp. In addition, a few signature Imperial Lamian dishes like traditional Shanghai soup dumplings, will also be offered. One of the stars of the dessert program is a take on Taiwanese shaved ice, which will boast toppings like sweet red beans, taro and mixed fruit.