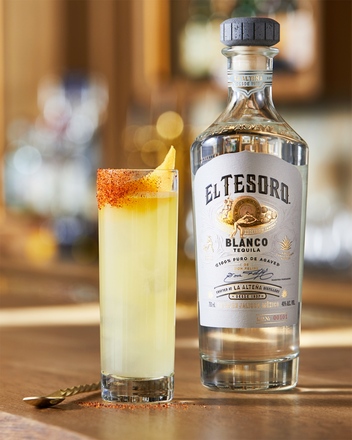 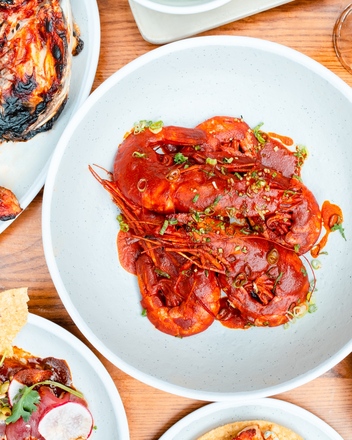 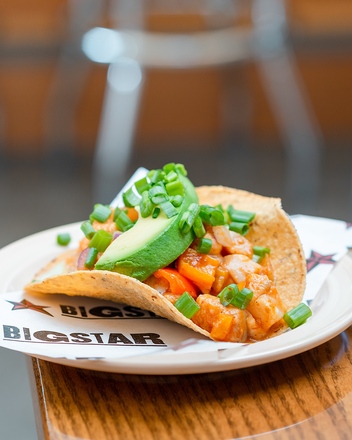 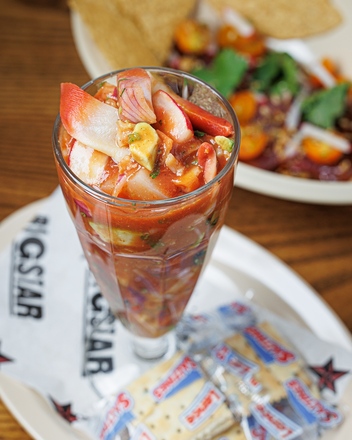 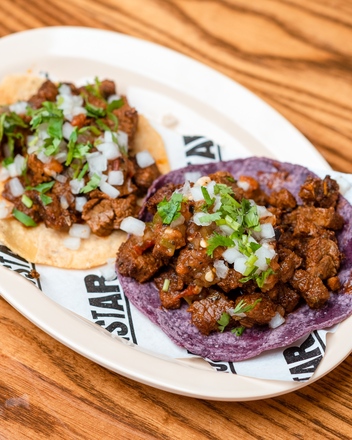 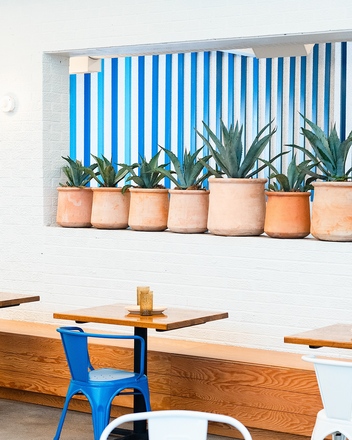 Big Star Mariscos joins other One Off Hospitality restaurants and bars -- including The Publican and Violet Hour -- specializing in South of the Border seafood. Mexican food is usually associated with tacos and tamales, but Mexico has waters to the east and west , so there's plenty of Mexican fish and seafood preparations... and they will reward exploration.

Chef Paul Kahan, the man in the kitchen and behind so many of the winning dining and drinking initiatives from One Off Hospitality, had great success with his first Big Star locations and now he's moved ahead with Big Star Mariscos. According to Eater Chicago, "The push toward seafood could be a way to distinguish itself from Big Star’s Wicker Park and Wrigleyville locations. It could be a reflection of wanting to eat less meat and being healthier. The menu from One Off partner and chef Paul Kahan and Big Star culinary director Chris Miller includes raw options like a ceviche made with octopus, shrimp, and green chile-avocado salsa; a Jamaican aguachile; and cócteles. The biggest star, however, is the pescado zarandeado — a marinated and grilled whole fish (it will change regularly) served family-style that serves up to eight."

In addition to the fish and seafood, which are undoubtedly the big draw at Big Star Mariscos, there are some savory veggie options. Zanahoria are carrots spiced with al pastor seasoning, cucumber yogurt, smoked almonds, and green onion, as well as Hongos Dorados, oyster mushrooms, queso Oaxaca, crisp tortilla, salsa verde, and cilantro.

If meat is a must, there's carne asada (you know what that is, right?) and cochinita pibil, the very popular pork shoulder braised in banana leaf, achiote salsa, poblano rajas, and pickled red onion.

There are many drink options, including massive selections of tequila and mezcal. If beer is more your thing, there is a menu of many local brews to choose from. Of course, there's also a cellarful of wine and a fantastic list of cocktails.

Went here on a Tuesday night with a friend visiting from LA. Already a huge Big Star Fan but this is now my favorite. Seafood so well prepared. Love the...

I enjoyed dining at the new Big Star Mariscos for the first time, our server I forgot his name (maybe Ethan?) Was super helpful offering great recommendations on both drinks & food. The host was not very pleasant when we walked in he looked like he hated life and didn't say 1 word to us just walked us to the table (maybe just having a bad day?) We ordered Camarones Borrachos to start (thanks for the recommendation server!) Definitely worth the mess in my opinion, but if you don't like to get your hands dirty or work for your food this is not for you. I also got the fish tostada & the Shrimp Dorados (never had one of these before but I was pleasantly surprised!) I can't wait to come back and try more of their seafood options. 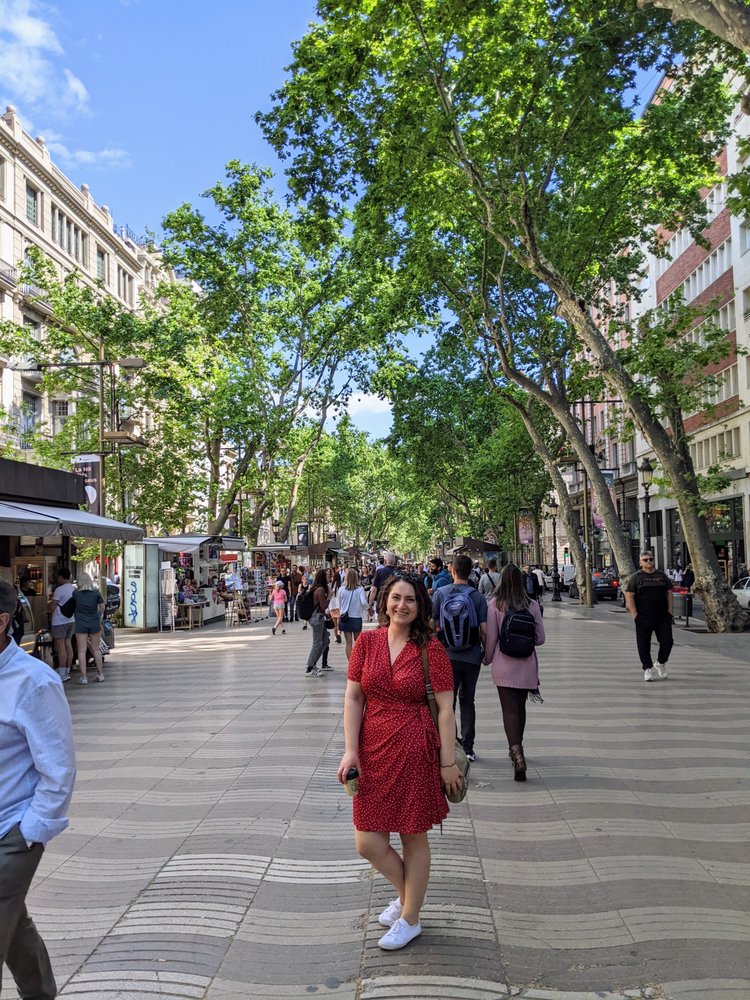 In my continued search for my favorite taco place in the city, I can cross Big Star Mariscos off the list. The value is just not there for me. Most taco...

You’re what? Hungry and want a banquet of tacos 🌮. Big Star did it again, took what was already good and made it amazing. The food was delicious, the service was amazing, the bill was expensive (sorry not sorry). If you can pocket $8 for one taco, do so here because the flavors are delicious. 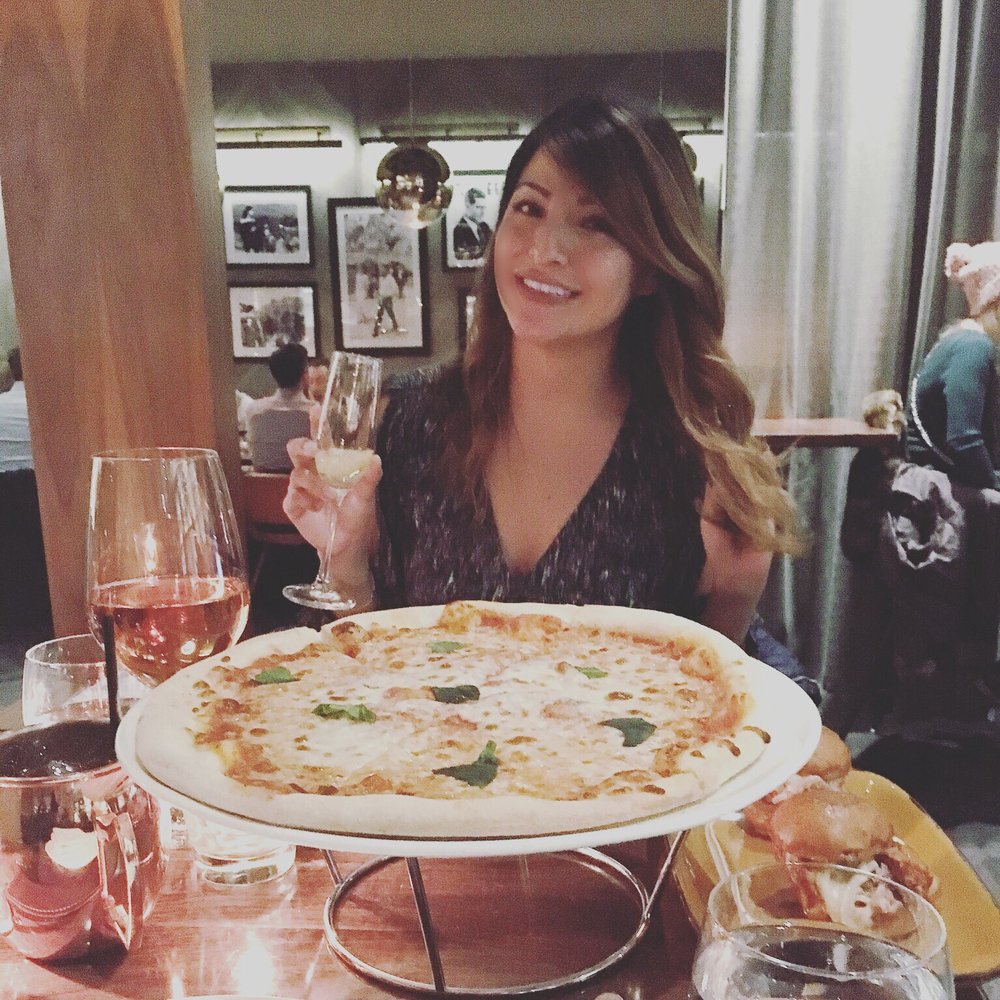 We were excited to check this out bc we're fans of Big Star. The margaritas were good and came out fast! The passion fruit margarita was lightly sweet and...

Went for dinner and sat at the bar - food came out incredibly quick and the bartenders were awesome! Tacos are solid - the oyster mushroom was my favorite. Its what you would expect from a classic Big Star with more of a seafood/ceviche focus.

We placed our order, and just as we started a conversation, our food was already out. The tacos were unique and the drinks were delicious. We had the fish taco and prickly pear margarita, as well as the hongo and fried shrimp tacos.

Big Star w/ a Seafood emphasis. (1) Camarones borrachos - delightful and probably my favorite dish here, but a pain to peel since its a whole shrimp. The sauce is the highlight in this one. (2) Lots of shrimp skin/leftovers - (3) queso fundido served w/ tortillas (4) yellowfin tuna ceviche - also a highlight. (5) Fish taco (6) The Bar - 5/5, Everything was great, the Camarones and Yellowfin were my favorites. I'd go back.