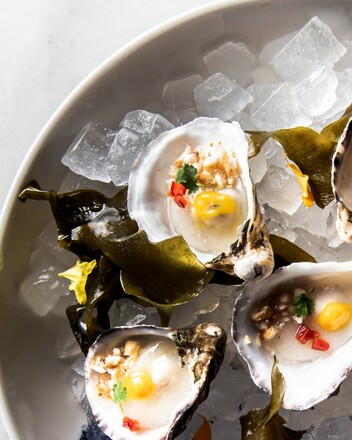 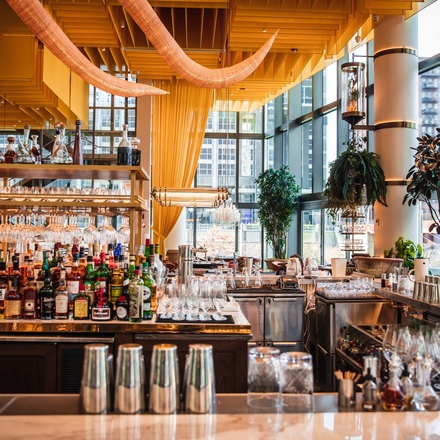 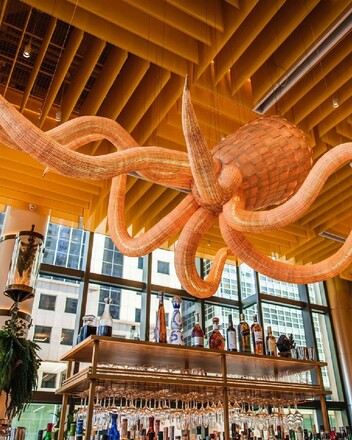 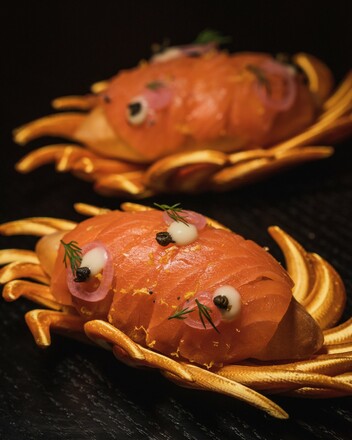 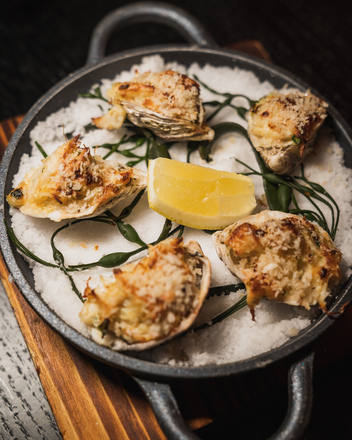 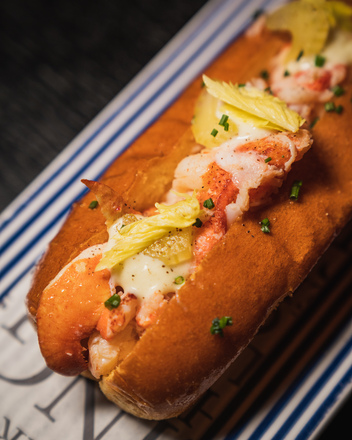 Wines by the Glass - large selection

The Bazaar and Bar Mar by José Andrés com 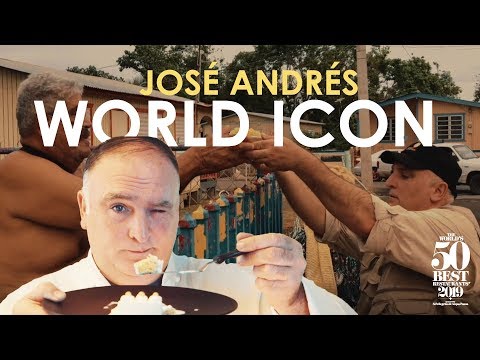 e to Chicago through the efforts of Michelin-starred chef José Andrés and his ThinkFoodGroup team. With ingenious cuisine and innovative cocktails, Bar Mar describes itself as a "carefully-curated theater of shared plates."

The Little Snacks section of the menu seems designed to provided bites appropriate to a drink at the bar, including hamachi and caviar cones, chicken croquettes and...tater tots.

Embutidos include chef 's selection of Spanish and domestic ham and salumi, culinary arenas in which the Spanish excell.

The Raw & Simple section of the menu showcases the fresh seafood upon which Bar Mar is staking its reputation. Crowd-pleasers from the sea include raw abalone and braised shitake mushrooms, ora king salmon tiradito, and tuna ceviche.

Oysters are presented on the half-shell, and a very interesting take on the bivalve is the Imperial, which is comprised of oysters baked with backfin crab. green pepper, horseradish breadcrumbs and ham.

There are sandwiches that carry through the seafood theme, including the lobster roll, tuna tartare roll, calamari roll, as well as the persimmon and seaweed salad.

For heartier appetites, there's a walleye pike and a daily fish that presents seafood of pristine perfection, prepared by people who know their fish. For the meat eaters, there's a lot to choose from: American Wagyu skirt steak, and pulled chicken.

There are many seafood-friendly cocktails, including the crowd-pleasing Ultimate G&T (Hendrick’s gin, Fever-Tree Indian tonic water, lime, lemon, juniper berries, and lemon verbena). There is a very large selection of wines by the glass and a number of well-chosen beers on draft and in bottles.

9.3/10 I love their creativity and balance in flavor. Octopus and hamachi cones are a must-try. 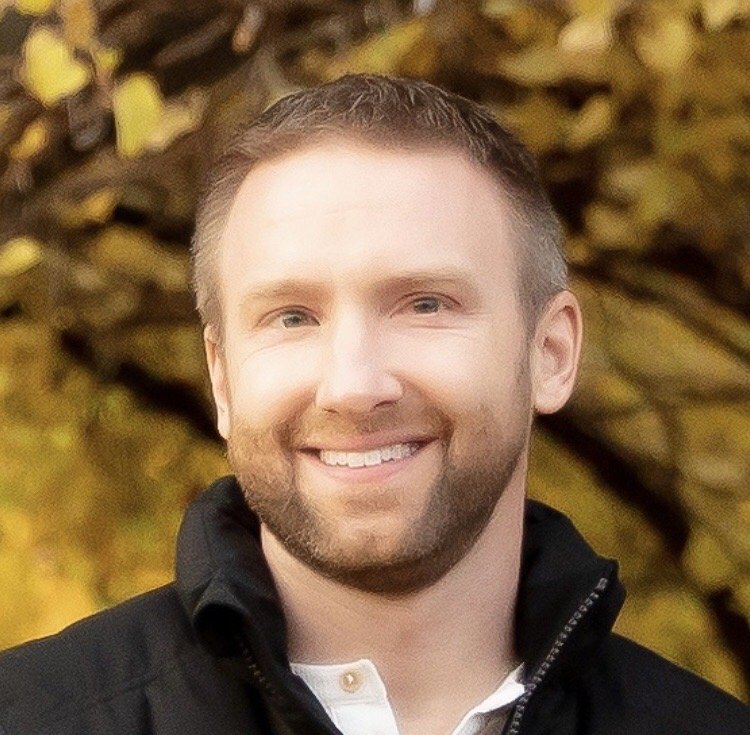 Bar Mar offers some very delicious food in rather small portions by a staff that is friendly and on-point. This is a unique spot and one worth trying. Some... 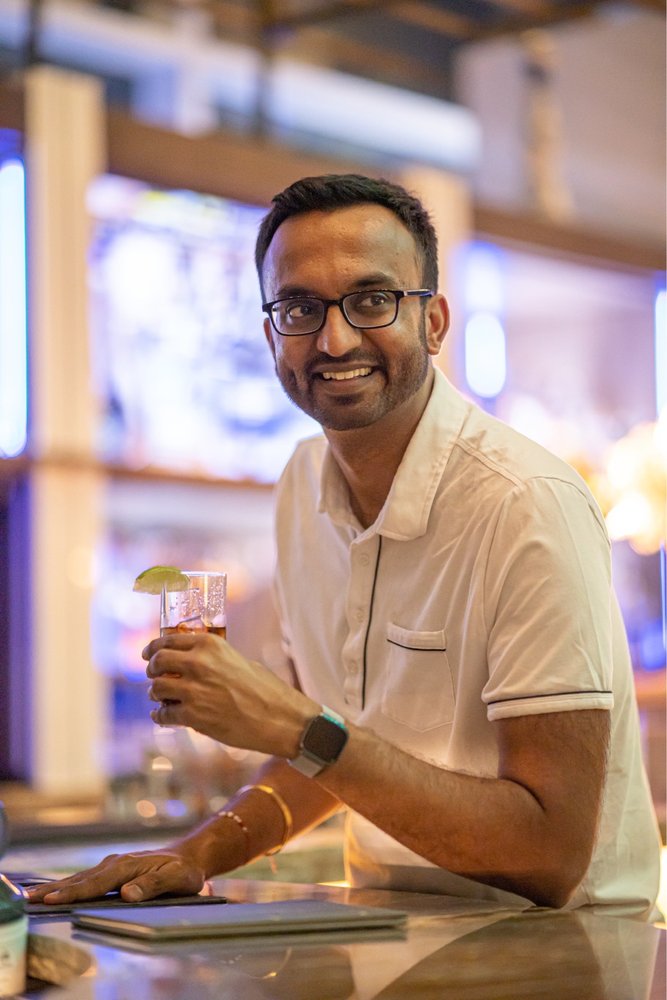 Great unique restaurants. All tapas do served hot and ready. The view and decor was excellent and service was great too. Food is unique so you won't find... 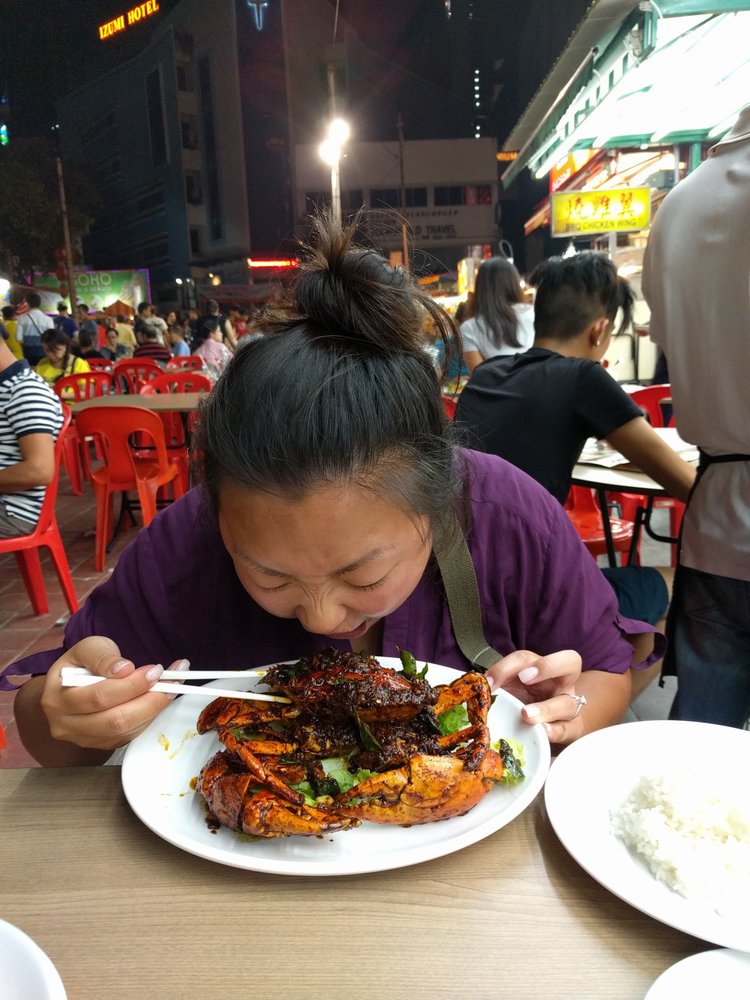 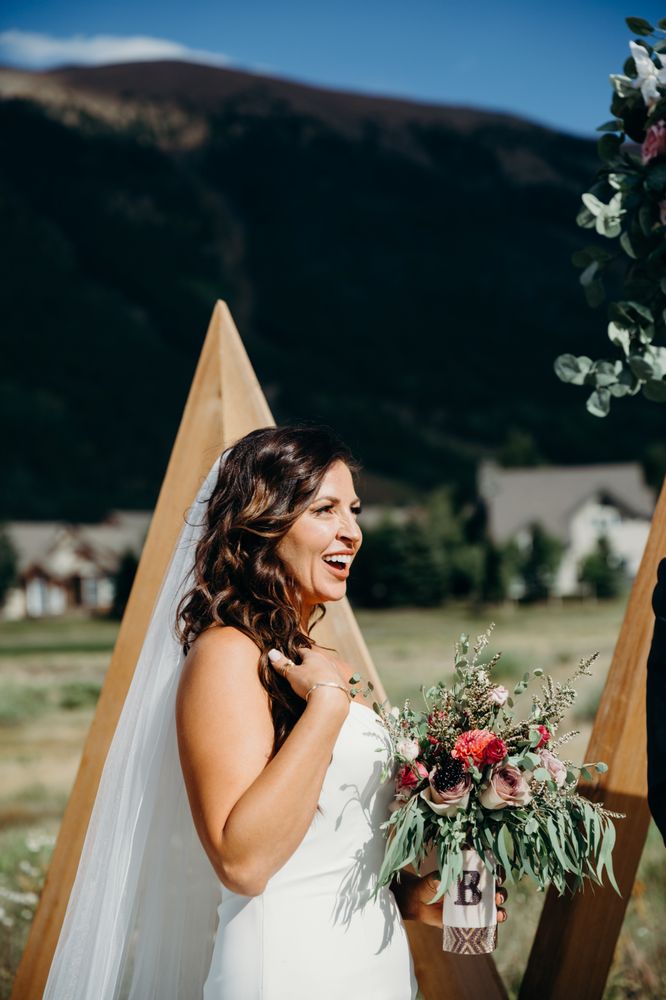 LOVE this place! The seafood is extraordinarily amazing, especially for being a landlocked midwestern city! It tasted like it was fresh out of the...

I've really been looking forward to coming here after seeing so many good reviews but like a lot of places in Chicago, I left moderately underwhelmed. My... 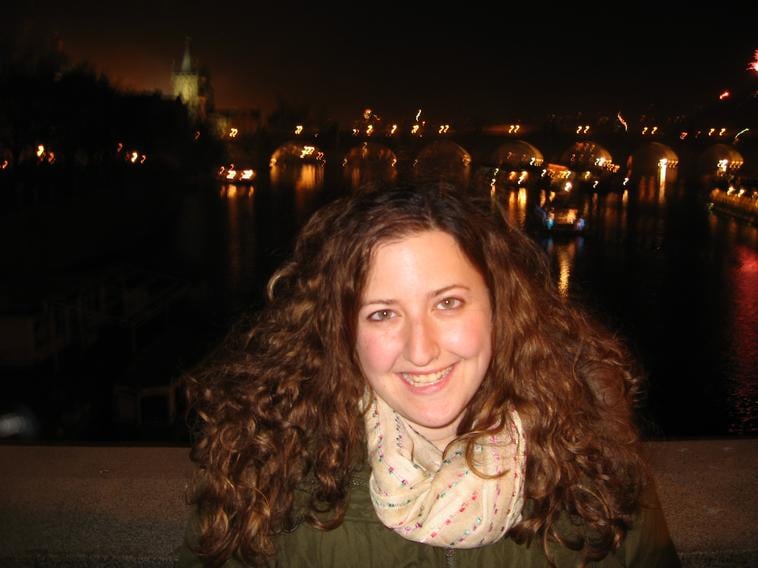 Delicious and very authentic. A bit of a splurge but totally worth it. Some of the dishes were more expensive than I would have thought (pan con tomate... 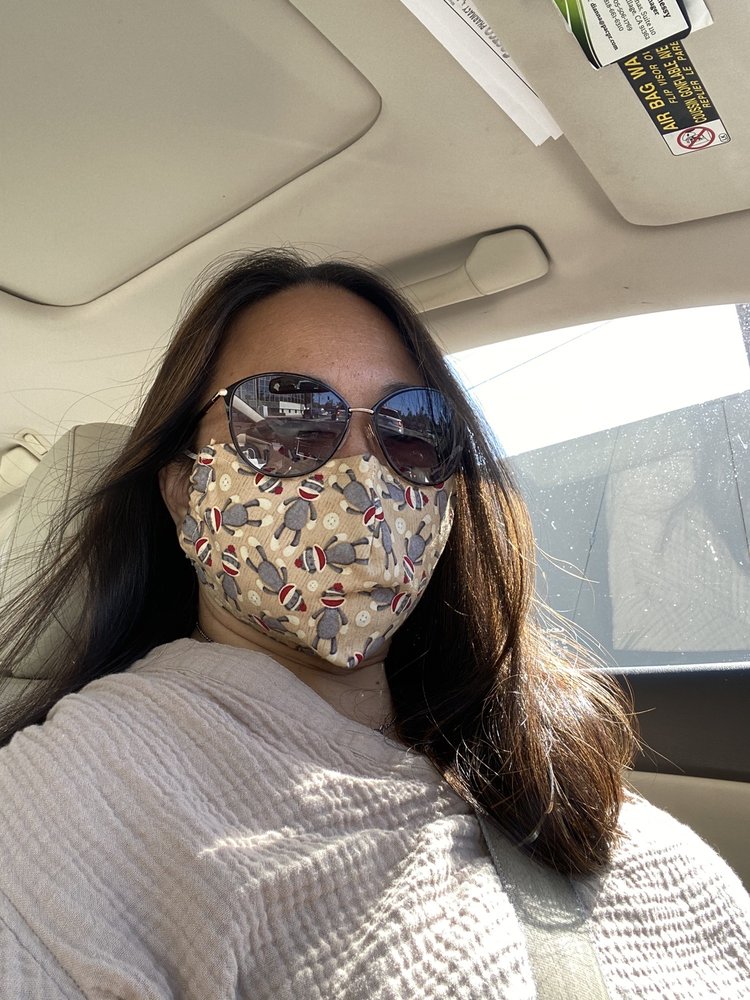 Friends were in Chicago for a conference and stopped in at Bar Mar to see if there were any tables open without a reservation. They lucked out, sat down... 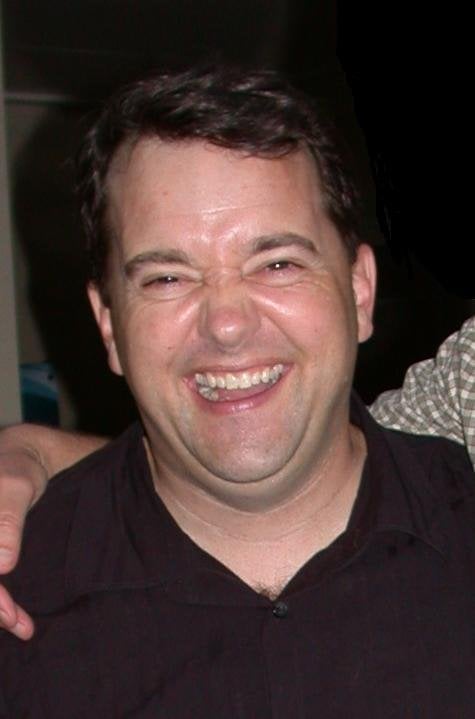 Ok reserved a table about a month before we went. Arrived and they out as the end of of a larger table literally right next to where everything is brought... 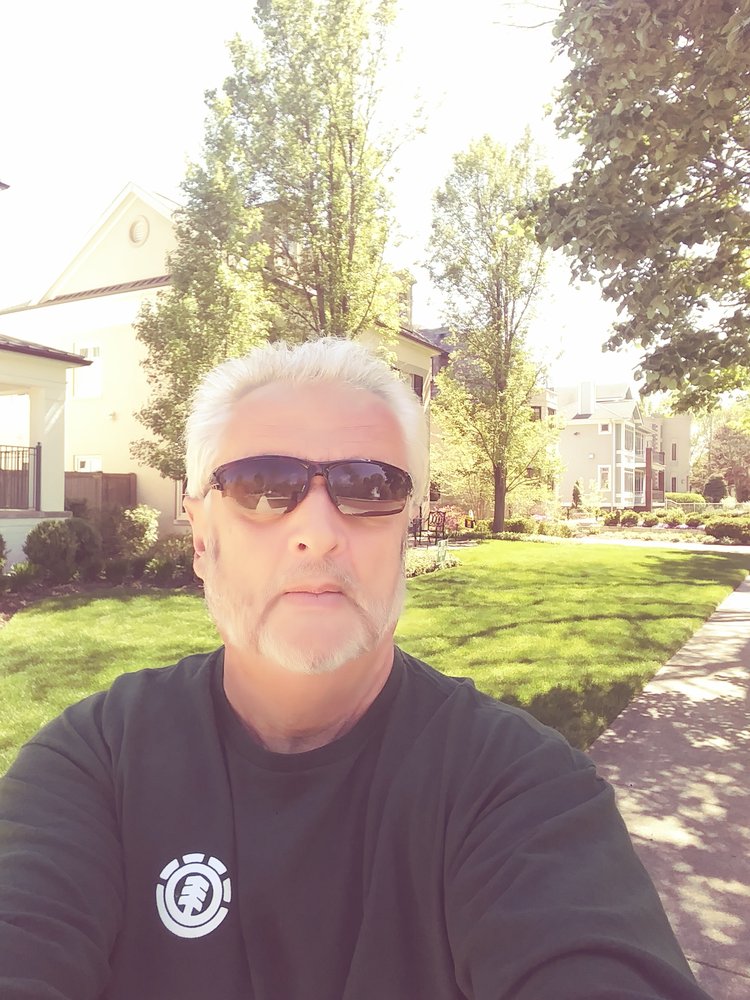 It's not often that lunch takes over the conversation and becomes a memory staple. The experience I had at Bar Mar certainly stood out. The waitstaff was... 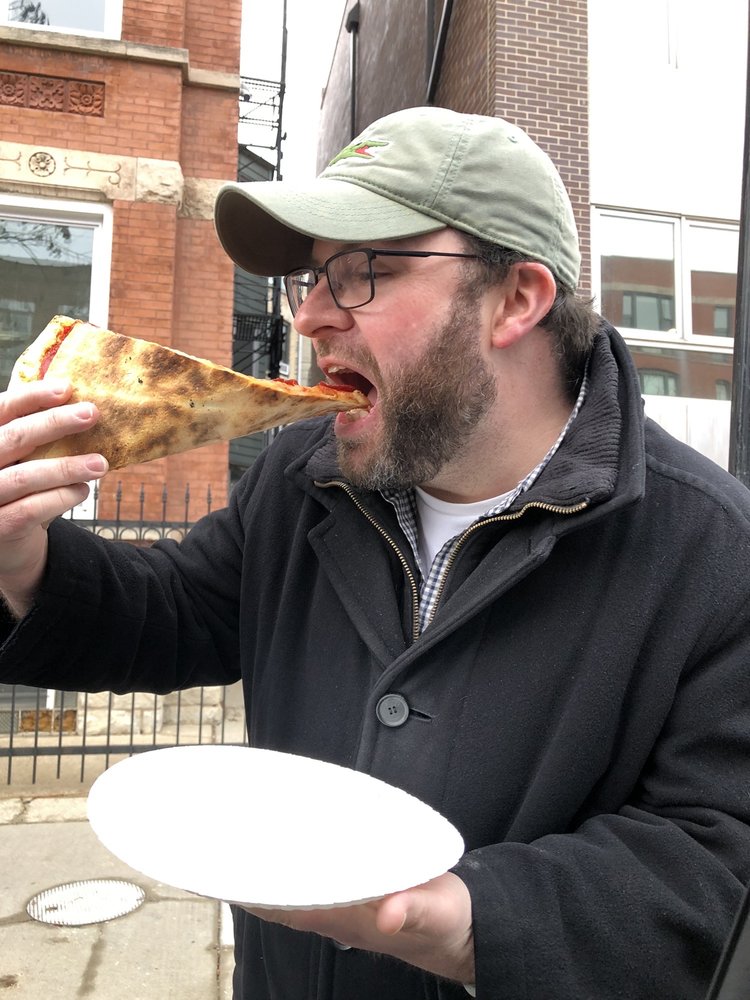 When I try a fine dining restaurant, especially one that is owned by a famous or celebrity chef, I'm a bit apprehensive and worried that the hype is not...

All the staff was friendly and so hospitable! This was my 1st time but definitely not my last! My waitress Vanessa, manger Carlos and GM Christopher went above and beyond to make this a lasting experience! I recommend anyone that is looking for the freshest seafood with the most talented chefs to check this place out. I can guarantee you will not be disappointed. Every dish was outstanding and most delicious. 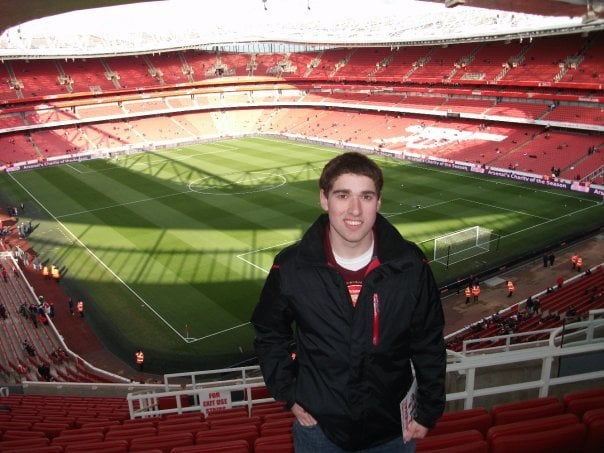 I do not remotely understand the hype. And holy shit is this expensive. Nothing on the menu is under $15. The food is tiny, outrageously overpriced, and... 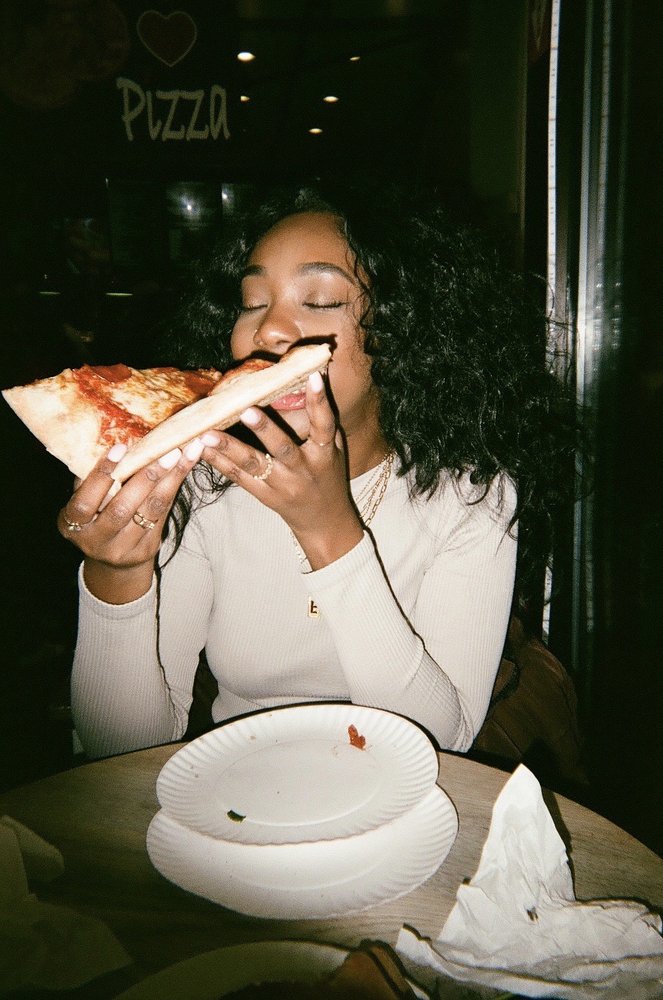 Bar Mar has food, presentation, service and aesthetics perfected. My sister and I dined here last month and had a wonderful experience. Everything we... 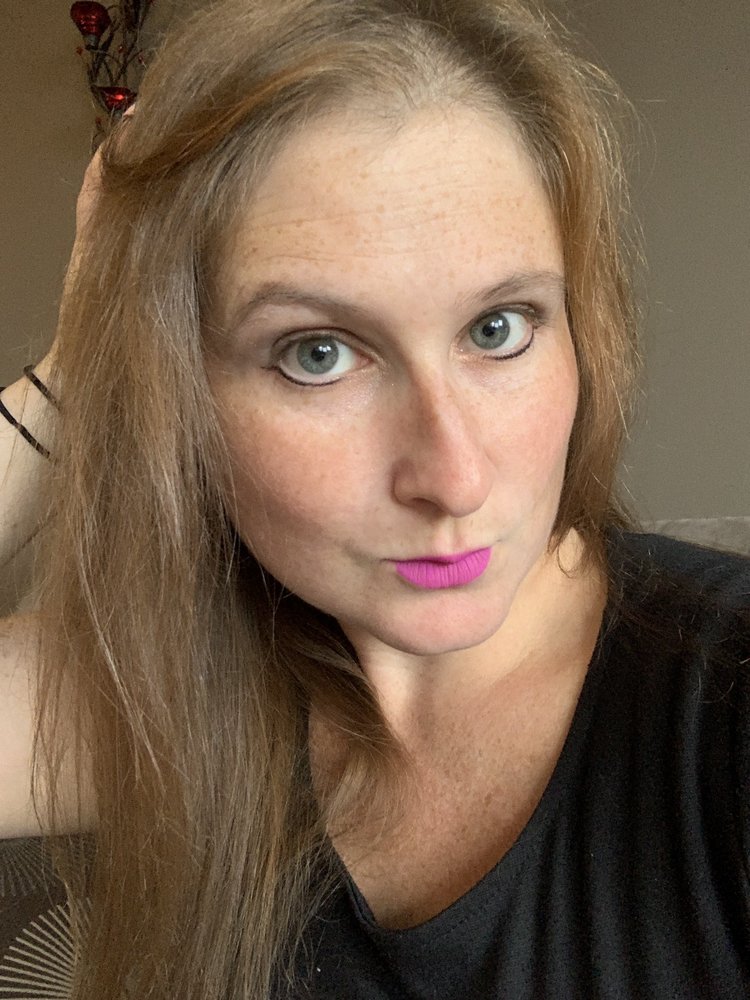 Into celebrity chefs, what can I say? The headlines - loses a star because I almost was misled to spend $50 on the bagel appetizer. I ordered one for the...