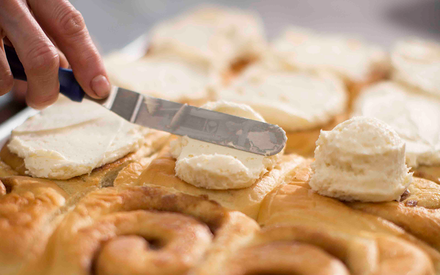 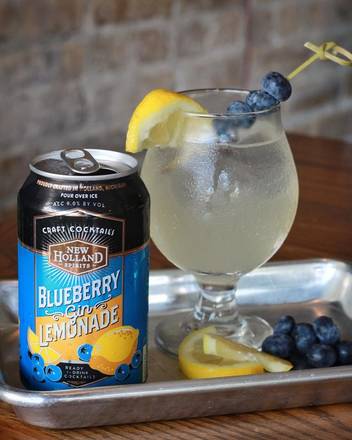 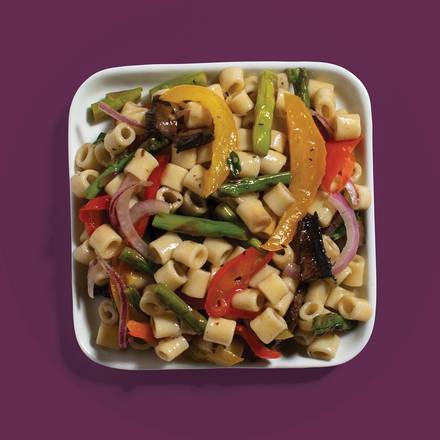 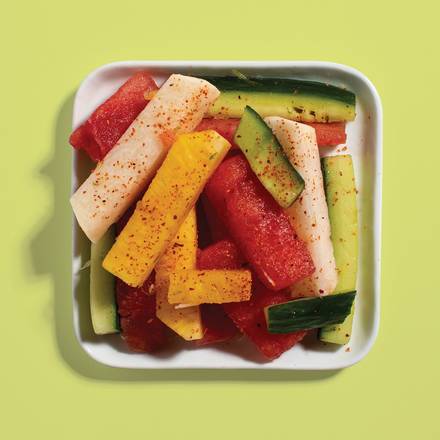 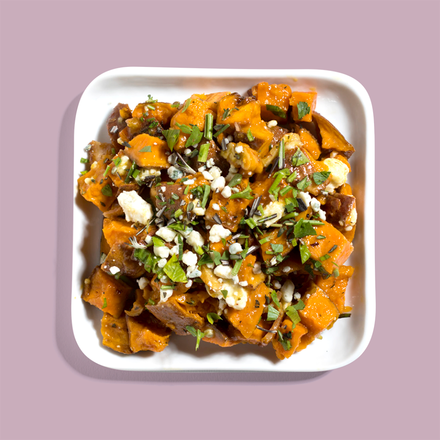 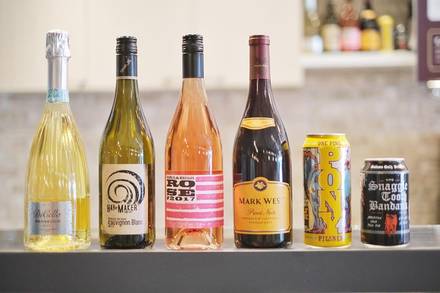 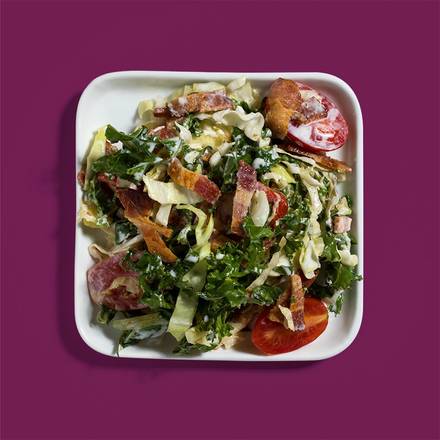 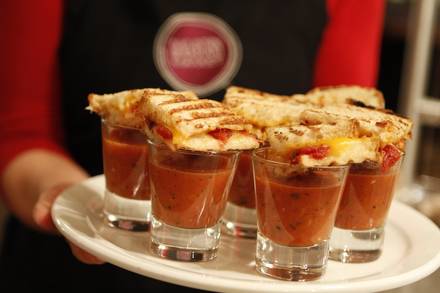 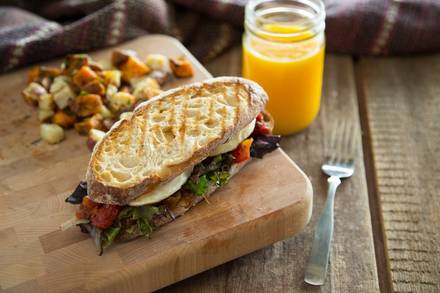 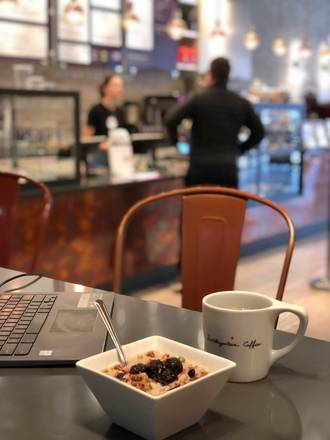 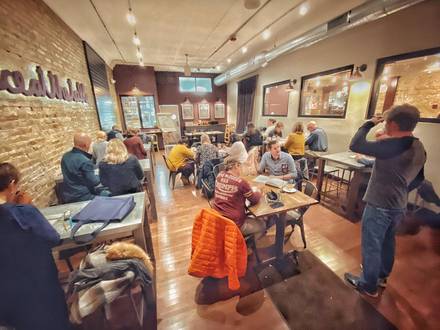 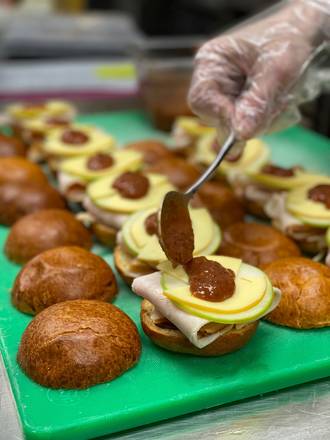 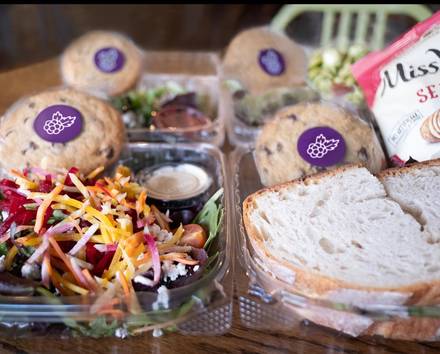 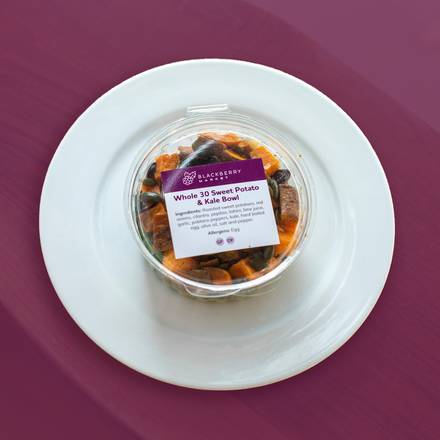 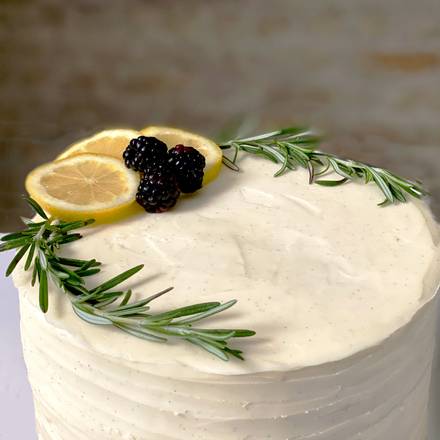 The sequel to the Glen Ellyn original has opened in the western suburbs of La Grange. Owned by wife-and-husband team Anna and Bob Davidson, Blackberry Market is a cafe, bakery and, of course, a market selling seasonal foods.

Its claim to fame, which sells out daily, is the Blackberry Market cinnamon roll, but there are also brownies, cookies, scones and muffins on the menu. Guests will find a host of unconventional salads and sandwiches here as well.

Beer, wine and cocktails are available.

All I Want for the Holidays Is a Darn Salad 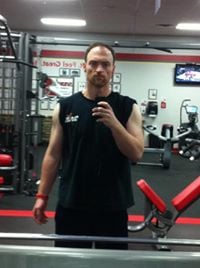 Today, we decided to try someplace new for cinnamon rolls. We ended up in Lagrange at Blackberry Market. They have typical coffee options, plenty of...

Came here with my family earlier today to grab some coffee, since it looked super inviting from the outside and had a bit of a crowd. Unfortunately, the... 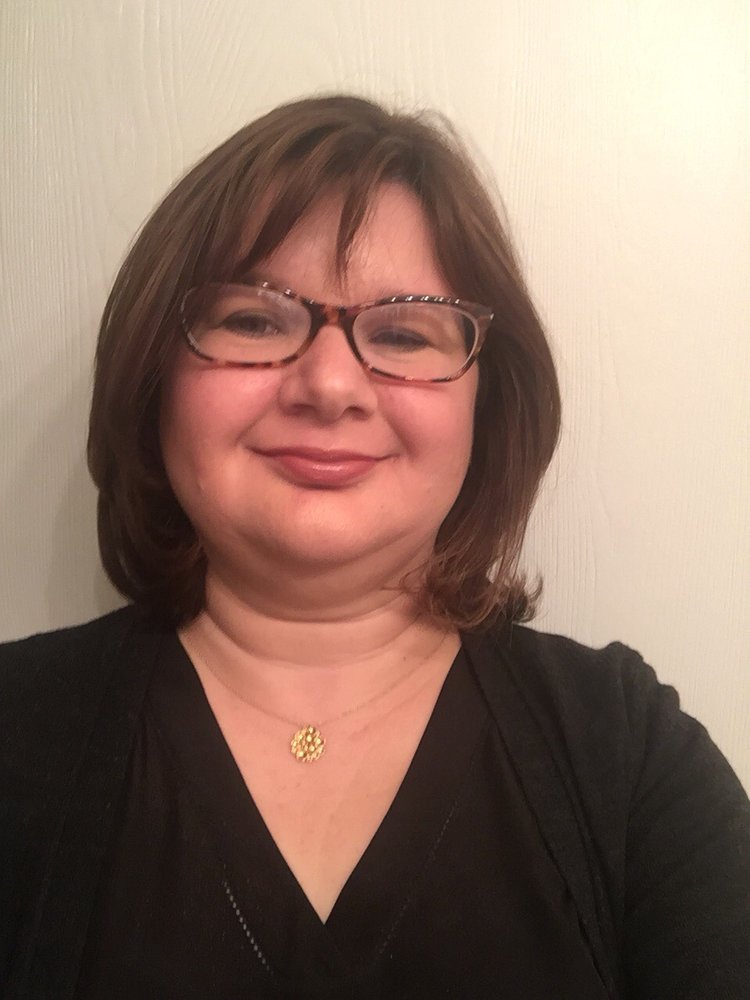 I stopped in for lunch while killing time in downtown LaGrange on a Friday afternoon. Blackberry Market appears to be an independent "Panera" type... 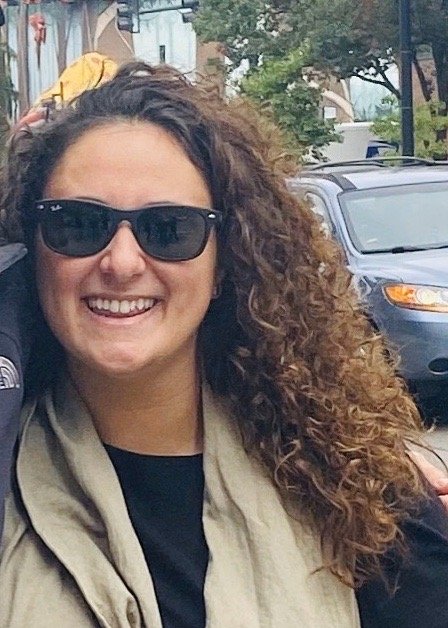 Overpriced. Was in the area for a quick lunch stop so we tried this place. This restaurant/deli l reminds me of something you would see in Bucktown or...

The vibes here are immaculate. The place is so quaint and chill feeling and the food is amazing. Went halfsies on 2 different sandwiches with a friend and both were delicious. The staff is so friendly and helpful too especially Bri who was so nice and helpful to us throughout our entire visit. 10/10 can't wait to visit again.

We were helped by Bri today and she was so helpful. She recommended that we try the blackberry hibiscus tea with lemonade and she was spot on! This is all around such a wonderful place for lunch, can't recommend it enough!

My initial first visit unfortunately had a few flaws. After paying for the item and sitting down to eat I noticed a problems with my friends & my meal. at this very moment to my surprise an immediate review came up to ask what I thought. Unfortunately, I gave them a negative review and I want to retract that. The Manager came out immediately because I was dining outside of the establishment She was so sincere & apologized & made it right. The food itself was excellent, it was just order & at the moment the way it hit me.. But again as I said. They made it right THANK YOU for the great service This place is fantastic, you must take a moment and visit this establishment & their great customer service 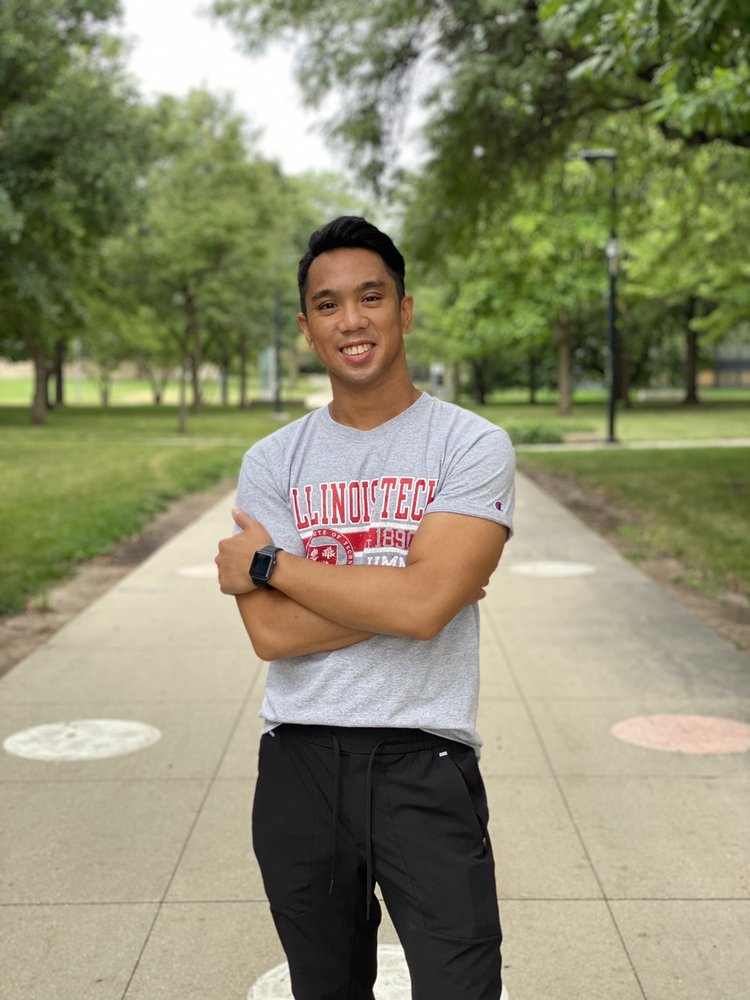 Great food. Great coffee. (5/5) Service - everyone seemed friendly and helpful (5/5) Food - my wife and I shared an entree and a cinnamon roll. That...

Really solid menu of freshly made in house food. I love the AB&J, the jasmine tea, and the freshly made salads you can get. They have staples like chicken salad and egg salad daily and some salads they rotate seasonally. The cinnamon rolls are so good! Also, try a blackberry crumble bar sometime, they're delightful. I'm always delighted with their sweets. There are vegan and gluten free options here for anyone interested. It's also nice to come in for the atmosphere and get some work done on your computer here.

This place is seriously amazing. Great service, cute ambiance, and the food had yet to miss. Sure to please whoever you being with you.

Excellent catering experience! Delicious spread, fresh ingredients and beautiful presentation. Could not have been happier!

Great atmosphere, light and airy ambience, exceptional customer service and great food - ask me what's not to love about this place, and I'd be at a complete loss. I ordered a blueberry scone and coffee, and enjoyed these in peace, sitting at a corner table on a beautiful day whilst I saw people and families happily walking up and down downtown LaGrange streets. The scone was absolutely delicious, and the coffee was excellent, although I should have stuck to the regular sugar rather than honey because that made it extra sweet. Once done, I ordered the curry cauliflower and the pesto pasta to go. I had ordered the cauliflower for my hubby and the pesto pasta for myself, but when I got home, and got a bite of his curry cauliflower, I was blown away and wanted more! I also took home some energy bites which I did not eat right away but the next day, and they were the perfect balance cream of nutritious and sweet without being cloyingly so. My FAVORITE thing, however, was the lavender latte which I had taken to go and sipped happily and dreamily on, on my way back home. Overall, and EXCELLENT experience, and I'll be frequenting this place, over and over again! 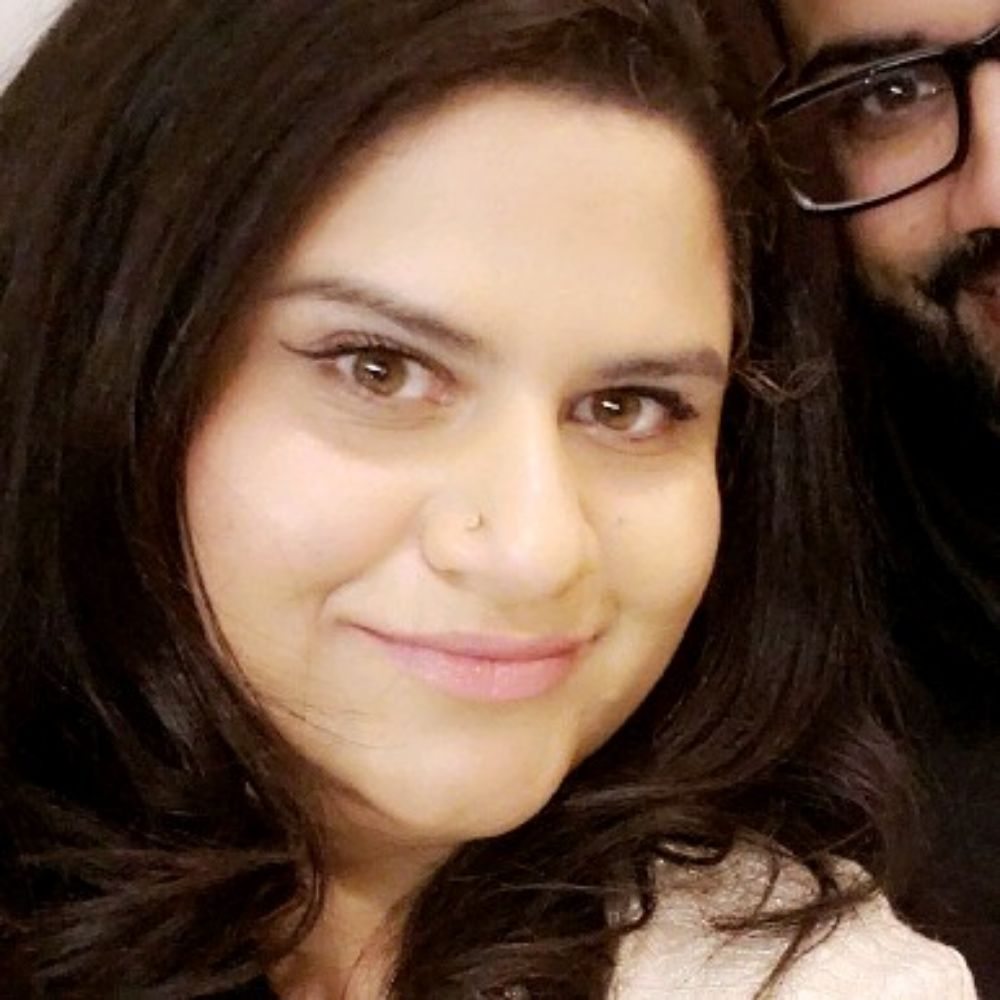 Great atmosphere, light and airy ambience, exceptional customer service and great food - ask me what's not to love about this place, and I'd be at a...

Just wanted to say that I purchased individual salads to serve at Easter dinner for my guests and they were a big hit! Everyone loved them! I personally have never had a bad salad at Blackberry Market. I stopped going to Panera and only get my salads from you. Love you guys!

The food at Blackberry Market has always been outstanding but I wanted to review their excellent service which is more of a rarity these days. My daughter put in a large order for my granddaughters first birthday party. The party was cancelled an hour and half before we were scheduled to pick up our preordered food because my granddaughter became quite ill. The manager was able to take off a substantial portion of the bill because he was able to use the preordered salads and dips. He certainly did not have to do that. We will continue to frequent this cafe and have spread the word