Agave Steps Into the Spotlight at Mezcaleria Las Flores

Logan Square has often been at the precipice of drink trends in Chicago. The Whistler helped pioneer craft cocktails in general, while the neighborhood garnered a reputation as a whiskey hub thanks to places like Longman & Eagle. Lost Lake put the tiki craze in the limelight, Scofflaw focused on gin and Parson’s Chicken & Fish took over the planet with its Negroni slushy a couple summers ago. Could mezcal be next? That’s the thinking behind Mezcaleria Las Flores, Logan Square’s first dedicated mezcal bar from seasoned cocktail vet Jay Schroeder.

The bar is located in a former flower shop right on the Square, alongside Johnny’s Grill, whose owner Sarah Jordan serves as partner. Coupled with Billy Sunday, Lula Cafe and Dunlay’s on the Square, this may very well be the booziest block in the neighborhood, with a little something for every taste. Walking into Mezcaleria may feel like drunkenly stumbling into a bar in Oaxaca, thanks in part to the impressive fact that Schroeder scoured Mexican markets for service ware and his transportive work with the smoky agave-based spirit.

The concise cocktail menu features agave in bold new ways, as in the Baseworld Paradise with Mayalen Wild Cupreata mezcal, Victoria beer, lemongrass, pineapple, Dolin Genepy, fresh lime and Tajín chile powder from Mexico. After you get over the wonderfully distracting mental image conjured by the name, try the Falconry Demonstration for its uncommon mix of mezcal and calvados, along with blood orange cordial, Luxardo, egg white and hibiscus. Mezcal and absinthe is another interesting oddball, as featured in Shook Ones Pt 1 with coconut, fresh lemon, cacao and sesame.

Mezcal is the star, but Schroeder also pays mind to some other more obscure agave-based spirits, like bacanora from Sonora, sotol from Chihuahua and raicilla from Jalisco. You can forget about margaritas, though tequila is featured in one drink with cognac and Fernet called Five Unlucky Days.

In case getting tipsy off arcane agave isn’t enough, Schroeder solidifies his role as Chicago’s premiere mezcal ambassador with plans for agave spirits seminars and tastings in months to come.

Dining and drinking deals and events in Chicago for September 17-23. ... Read more

Sportsman's Club BBQ Series is Back 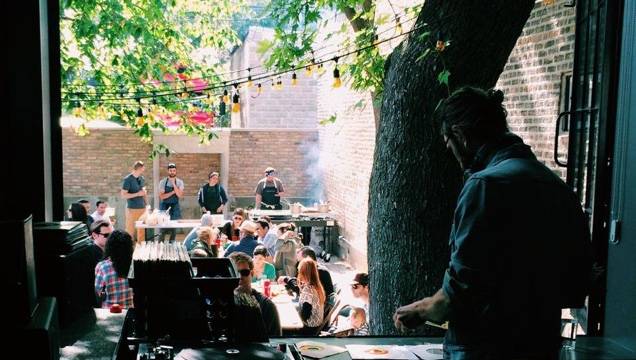 One of the best summery food series' in Chicago is back for the season. ... Read more 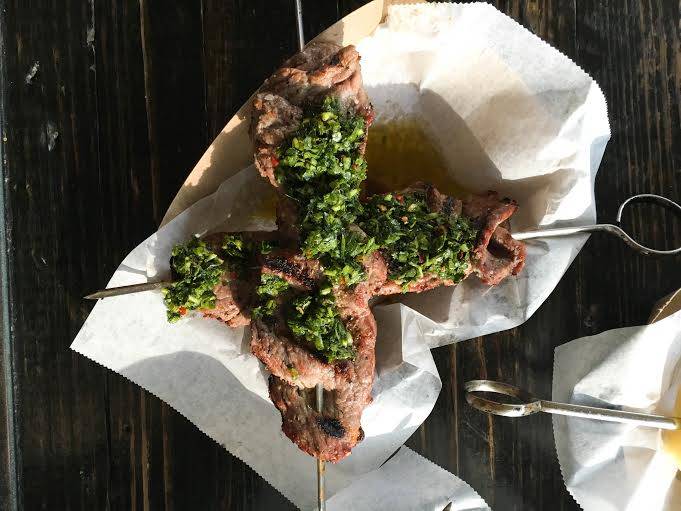