It's no secret that unless you're a Kardashian with spare millions to burn, the Magnificent Mile is one big budgetary nightmare. From store to store, the world-renowned shopping hub will suck you dry, chew you up, and spit you out if you're not careful. Looking at you, five-story Burberry remodel. So between shopping relapses, it's wise to budget your dining expenses so that you don't starve and die amidst a heap of $500 gloves. From affordable pizzas to bargain wine bar bites, there's lots of gems to be found along Michigan Avenue, gems that aren't measured in carats. 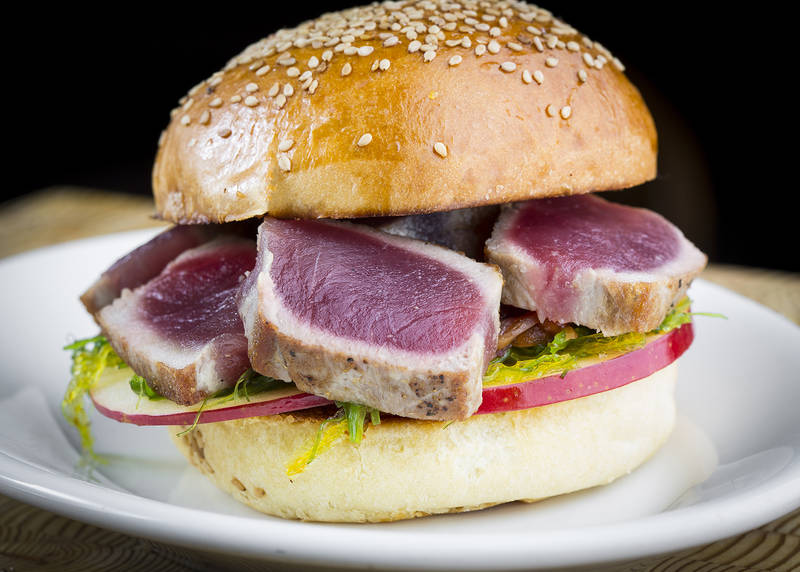 
Starting towards the southern end of the Magnificent Mile, which starts where the Chicago River intersects, one of your best bets is The Purple Pig. Keep in mind that a meal here can easily escalate into trust fund territory if you get too loose with the wine, but as long as you approach with a sense of self control, you'll be fine, and your wallet/purse will thank you. Your best move is to go with a small group of friends and split some smaller plates, like any of the antipasti (pork fried almonds and charred cauliflower are excellent), some eggplant Parmesan balls, and a bit of charcuterie and cheese. Spring for something a little heftier to round out your meal, like milk-braised pork shoulder or turkey leg confit.


A few blocks off Michigan Avenue lies some of the best thin-crust pizza in Chicago, and it's ironically Brooklyn-style. Flour & Stone is a low-key pizzeria specializing in the oft unseen Brooklyn-style of pizza, meaning thin-crust pies are a tad smaller and less greasy and floppy than standard NY-style slices. The pies are stretched thin and cooked in a stone oven for a couple minutes to develop a blistering, bubbly crust laden with melty cheese, verdant herbs, and zesty meats. A whole pie is moderately sized, but can easily satiate two hungry diners, making for a great bargain meal.


Just a few blocks away in Streeterville, nestled at the foot of the behemoth Northwestern Hospital campus, lies some of the best regional Italian food in the city, and with a concentration on small plates, it comes at a great bargain. Cicchetti is the latest outlet for esteemed chef Mike Sheerin, who you may recall from his wow-inducing, budget-crushing days at Blackbird and the like. Now he's honing in on simpler flavors and presentations, but that doesn't mean dishes are any less ethereal. From meatballs and squid ink-soaked polenta to petite porky sandwiches and housemade focaccia, Cicchetti offers a sea of Venetian-inspired plates. Don't forget to indulge with some of chef Sarah Jordan's game-changing desserts. Her take on tiramisu will change your perception of life itself.


Across Michigan Avenue from Cicchetti lies SideDoor, a casual American gastropub-like nook tucked inside Lawry's The Prime Rib. The latter may be known for opulence, but the former is as calm and cool as they come, with easy-going prices to match. While its older sibling treads in lavish prime rib (duh), SideDoor peddles more approachable fare like incredible pastrami sandwiches, cocktails, killer potato chips, wedge salad, and prime rib chili.


In case you aren't too pizza'd out, there are some tasty, chef-driven pies to be had at Bar Toma as well, conspired by the legendary Tony Mantuano himself. Of course, the menu at this slick Mag Mile restaurant goes well beyond pizza, providing ample opportunities to fill up on other carbs before diving pocket-first into a designer store. If you're in need of a quick dessert fix, Bar Toma's gelato bar is one of the best sweet spots on the strip, with copious flavors, generous servings, and cheap prices.


Sandwiches, baked goods, and Belgian delicacies don't get any better than Hendrickx Belgian Bread Crafter. This boutique cafe and bakery, nestled alongside ritzy outlets on Walton near the top of the Mag Mile, is a clandestine jewel that deserves to be discovered. Although the goods are a tad steeper than many no-frills cafes, you're still paying pocket change compared to the prices at every other shopping outlet in the area. Curried chicken salad sandwiches on house-baked bread are other-worldly, not to mention very filling, especially when paired with some of the best croissants in the city and Belgian hot chocolate.


Speaking of sandwiches, Doc B's Fresh Kitchen also does a standup job in that department. The options are as glamorous as the selections at Louis Vuitton, but mercifully low-priced (by comparison). Spring for the corned beef sandwich made with locally sourced beef, Swiss cheese, housemade cole slaw, "Thousand and One Island dressing," and a pretzel roll prepared exclusively for Doc B's by Bennison's Bakery. Another stellar selection is the Sir Waldorf, a salad-inspired feast made with house-roasted turkey niblets, Fuji apples, purple grapes, and walnut aioli on a Bennison's multi-grain bun. Oh and don't forget the Today's #1 Tuna, a seafood-lovers' fantasy featuring seared Hawaiian #1-grade ahi tuna, apples, red onions, wakame, and ginger dressing on a Bennison's sesame seed bun. All sandwiches come with a choice of fries, sweet potato fries, cole slaw, or quinoa salad.