Although the temperatures in Chicago this winter have been decidedly "un-wintry," the level of decadence and comfort in seasonal desserts has been right where it should be. It may have been 60 degrees in February, but enriching desserts throughout Chicago still sing of hearty indulgence fit for a frigid forecast. Here are some of the best desserts we ate in Chicago this season:

Danish "croissants" at HotChocolate: Leave it to the pastry wunderkind Mindy Segal to thoroughly reinvent a classic breakfast pastry and infuse it with an unmatched level of delicious excess. One of her rotating brunch pastries this winter at HotChocolate, Bucktown's temple of dessert, was a Danish "croissant," which was essentially a croissant made with Danish pastry dough. This made for a less flaky, denser pastry, rolled into a loose croissant shape. The dough was pivotal, considering it contained a pretty intense interior filling of hot fudge and cheesecake. Under normal circumstances, a croissant would buckle under the weight of such things, but the Danish dough proved to be just the ticket. Warm, fudgy, doughy, and appropriately decadent, this proved to be the brunch pastry of the season.

Duck fat apple streusel at Presidio: Interestingly, the cocktail bar right next door to HotChocolate also served one of the season's standout desserts. The duck fat apple streusel at Presidio tastes like something a grandma would make, considering grandma had a proclivity for duck fat. The intense homeyness of the dessert was almost painfully nostalgic, wafting with comforting aromatics and oozing tart apple goodness. The deep dish contained a thick layer of tender, sliced apple morsels, interspersed with caramel and notes of fresh thyme. On top is a crunchy layer of duck fat oats, along with a huge dollop of malted vanilla ice cream. If you let the hot cobbler sit for a minute, the ice cream melts down into the streusel, adding a custardy undertone to the already extravagant dessert. Do it.

Chocolate pot de creme at Enolo Wine Cafe: Another standout chocolate dessert this winter was the masterful chocolate pot de creme at Enolo Wine Cafe. The River North wine bastion, known for its shareable plates, charcuterie, and pastas, knows how to cap off a meal on a very high note. Unlike some boring pot de cremes, this one has a slightly denser, richer consistency, more like a fudgy chocolate mousse. It's unbelievably silky and smooth throughout, getting added crunch and texture from nuts and bruleed banana slices. A generous drizzle of caramel rounds out the plate.

Waffle sundae at The Winchester: It's waffles for dessert at The Winchester, and you'll likely never look at waffles the same way again. The East Village neighborhood gem takes the breakfast classic and gives it the dessert treatment handily, augmenting a pearl sugar-laced waffle with ice cream, cherries, sprinkles, and a drizzle of fresh hot fudge. The waffle is the same version that The Winchester is famous for; the same one people queue up for on weekends during brunch. The sweet, toothsome waffle is the perfect vessel for a sundae, allowing the ice cream and fudge to melt down together and fill all those nooks and crannies perfectly.

S'mores biscuit at Buck's: One of the most genius desserts we tasted this winter was a dessert at Wicker Park newcomer Buck's that took a classic American confection and made it even better. The idea seems so obvious, yet no one has ever thought to serve s'mores on a biscuit. But Buck's plays to its Southern comfort strengths quite nicely, piling an oozy, gooey medley of marshmallows, graham cracker pieces, and chocolate sauce atop a sweet, tender biscuit. You basically dig into it like an open-faced biscuit sandwich, which makes it miles ahead of the standard s'more.

The team behind the Carriage House, along with Michelin award-winning Chef Mike Galen and one of Chicago’s well known entrepreneurs, Stephen Lee, will unveil Buck’s, a bar and restaurant concept...

Adjacent to sister restaurant Roka Akor, Enolo Wine Bar offers a variety of chef-driven Italian fare to match a global selection of vino as well as craft beer and specialty... 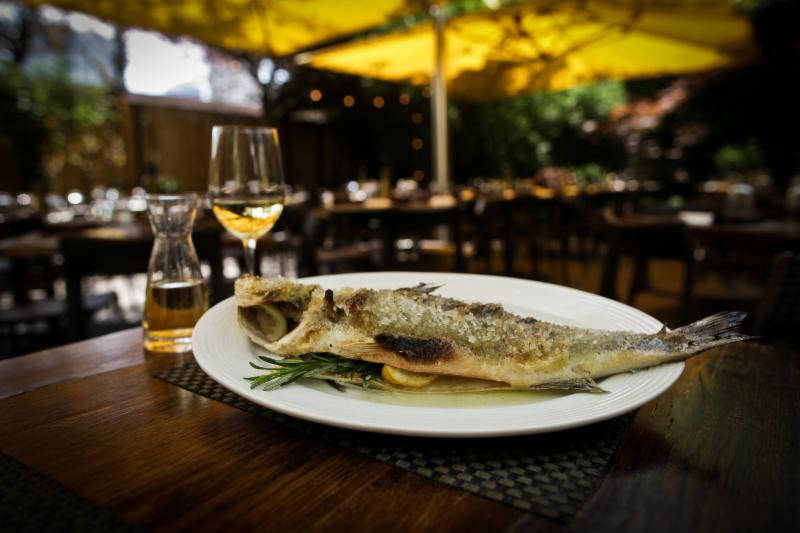