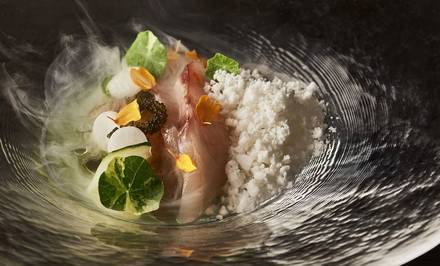 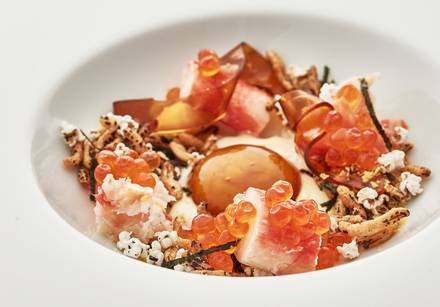 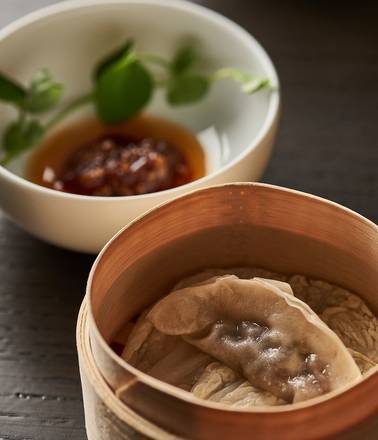 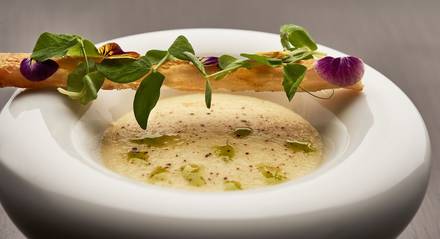 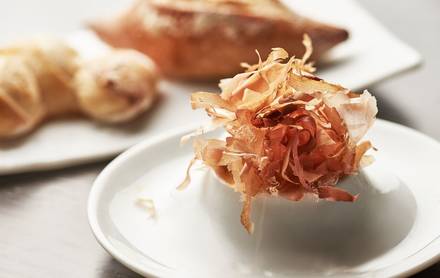 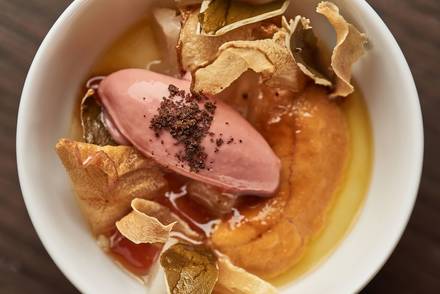 The female-led team at the contemporary Japanese Yūgen Chicago boasts quite the varied background. For one, Executive Chef Mari Katsumura--who just happens to be the daughter of legendary Chicago restaurateur Yoshi Katsumura--has clocked time in the likes of Michelin-starred eateries such as Acadia, Blackbird, Entente and the now shuttered Grace Restaurant (Incidentally, Yūgen is located in the space once occupied by Grace).

Joining Katsumura in the kitchen is rising pastry star Jeanine Lamedieu, who's worked at the world-renowned Le Bernadin (New York) and Michelin-rated Smyth + The Loyalist (Chicago).

The 68-seat dining room offers a zen-like environment, with earthy and minimalist accents throughout the space. What's also significant is that the spacious, glass-enclosed kitchen is an extension of the dining room. It's where guests may view the staff hard at work, and occasionally they will have the opportunity to mingle in the kitchen with the chefs as they work.

While the concept at Yūgen is tasting menu only, those seeking a more casual, a la carte experience should enjoy Kaisho. The 16-seat lounge is housed in the front room, is open later than the restaurant and emphasizes craft spirits, cocktails and "home" cooking by Chef Katsumura. Kaisho does not accept reservations and seating is on a first come, first serve basis.

Eight of the Best Chicago Restaurants for a Valentine’s Date A's List: New Chicago hot spots bring on holiday cheer
Tweet
Are you the owner?
Subscribe to our Newsletter