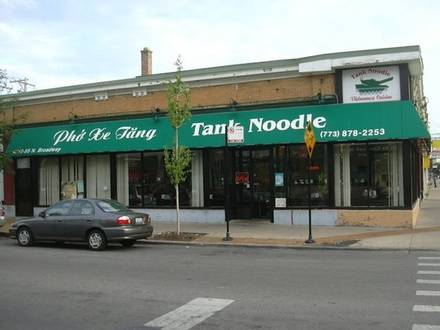 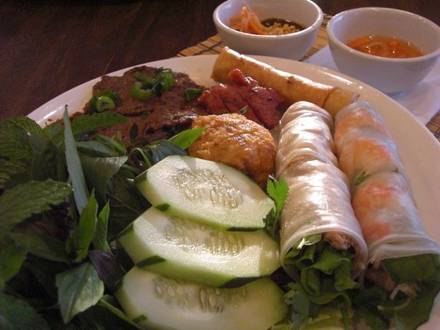 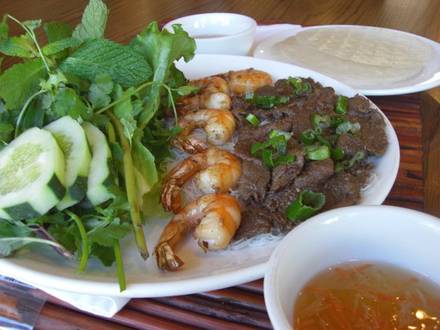 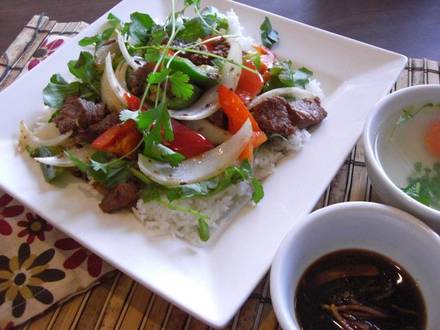 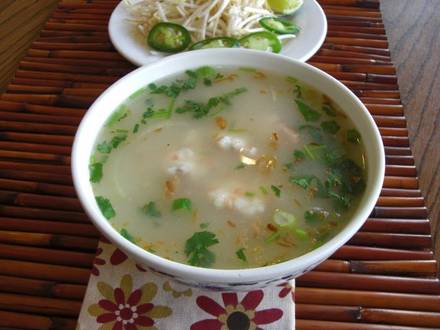 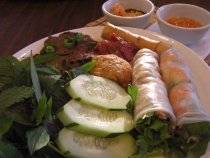 One of the godfathers of pho in Chicago, Tank Noodle sits at the nexus of Uptown's Vietnamese dining district. The sprawling space is filled with large circular communal tables and servers delivering piping hot bowls of pho soup. The large menus also feature a wide range of other Vietnamese items, like rice dishes and banh mi.

The broth no longer tastes fresh, it tastes old from a bouillon cube and or recycled from other guests which is just gross. I really wanted to have a good Vietnamese food experience and this place is no longer it. They're cutting to many corners and producing a average product for absorbent prices.

Very good food quiet atmosphere even when packed ample indoor/outdoor seating. However, most staff can barley speak english very thick accents make explanations hard to understand. The drink menu is very generic and is the only think remotely lacking on the menu. Stay for the food, live for the atmosphere.

UPTOWN — Tank Noodle in Uptown already has been slapped with a six-figure federal fine and had to pay back a grant due to labor violations — but its case may not yet be closed, city officials said Thursday. The popular Vietnamese restaurant, 4953 N. Broadway, was accused of violating federal labor laws and was forced to give 60 workers nearly $700,000 in back wages in March. Then, in April, it was ordered to return a $150,000 business interruption grant it’d received from the state. The city has not yet penalized the business — but Andy Fox, head of the city’s Office of Labor Standards, said officials are “interested in looking at it.” “Tank Noodle’s very egregious,” Fox said. “It’s very upsetting. … When we heard about, we said, ‘What’s happening there? What can we do?'” The state’s labor department has looked at the business, too, Fox said. But the city’s agencies has to manage a “balancing act,” Fox said: They don’t want to penalize Tank Noodle to the point it closes and workers are out of a job, but they do want to hold the owners responsible. “And yes we’re interested in looking at it, but they’re under federal monitoring and this very prescriptive approach to prosecution,” Fox said. “I’m very interested in Tank Noodle. A lot of other state and federal partners are very interested in it. “I don’t think we’ve closed a book on that yet.” Fox was speaking at a Thursday news conference where officials announced two companies are being fined for not giving workers paid sick leave. The restaurant has faced heavy criticism for months. Tank Noodle withheld pay and used illegal employment practices for 60 of its employees, a federal labor department investigation concluded. In addition to making servers work for tips, a violation of federal work laws, the investigation also found Tank Noddle shorted servers when the business pooled tips and divided the money among all staff, including management. The restaurant drew ire from customers after its owners attended a Jan. 6 rally in support of former President Donald Trump that ended in the storming of the U.S. Capitol. The Ly family, which owns Tank Noodle, posted photos from the rally, which were widely circulated on social media. Calls for boycotts quickly grew, and the restaurant’s management and staff received death threats, owners told The Today Show. Tank Noodle management acknowledged owners attended the rally but claimed they left after it concluded and did not take part in the breach of the Capitol.

Best name ever for a noodle restaurant. The waitress was super friendly, and very helpful. We stopped in for lunch, and boy were they busy. But they were cranking out the orders super quick. The food was delicious.

This place has the best egg rolls and spring rolls that I have ever tasted. Not to mention the great ambiance that's there. Would recommend to people looking to get southeast Asian cuisine. Keep up the great work guys.

The food is OK, but the participation in a coup attempt is enough to make me sick regardless. Plus they’ve withheld pay from employees, and have been forced to pay back $700k in stolen wages by the department of labor. There are much better, non-treasonous, and more ethical businesses in the neighborhood.