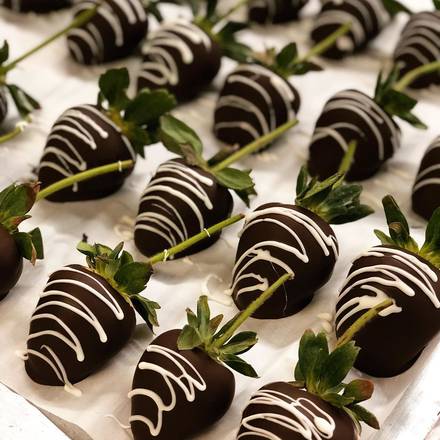 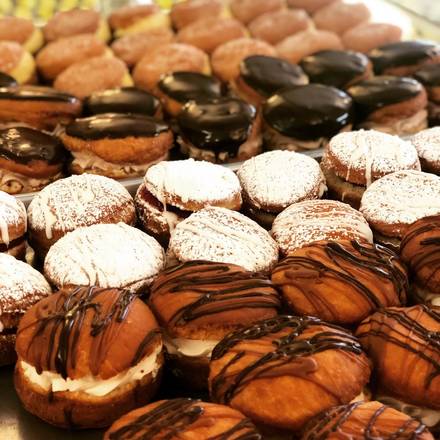 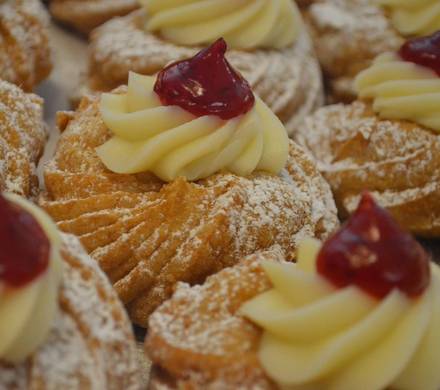 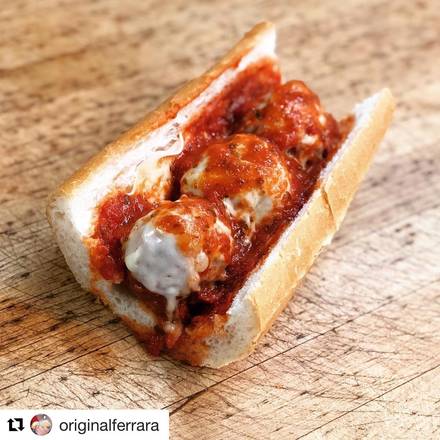 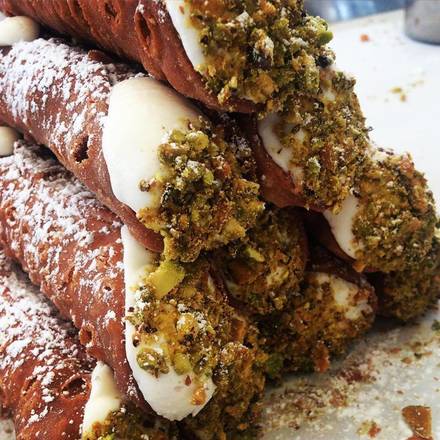 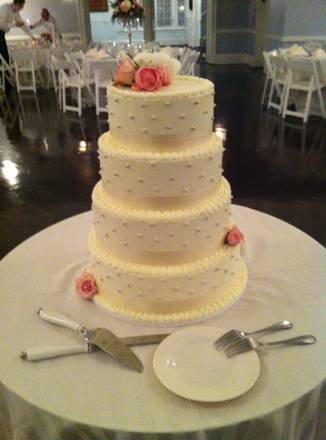 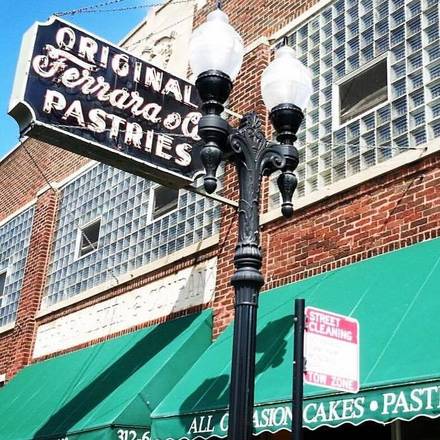 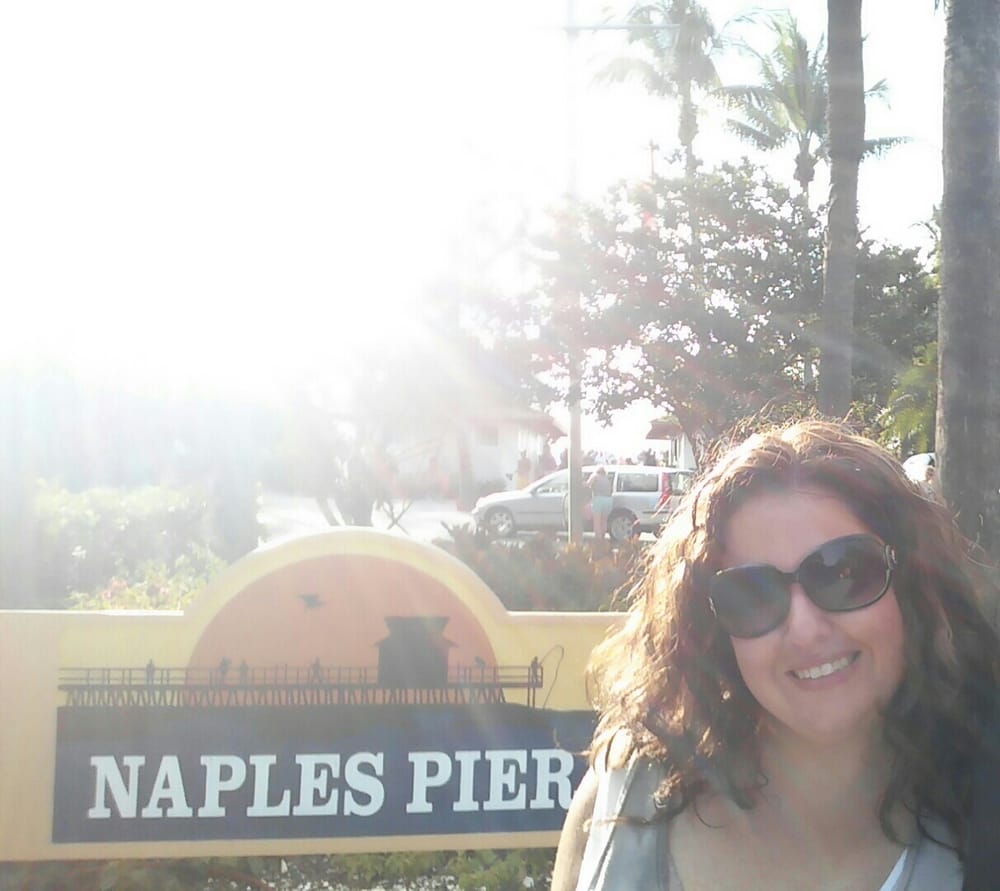 This is one of the oldest if not the oldest bakery in Chicago. I sampled some cookies and biscotti. They were all delicious. Totally has the family owned...

An original gem that's left from the old neighborhood of Taylor St. Great food, great bakery items to choose from. Nice place to sit in for lunch. Cannot go wrong with anything here. Prices are good for the quality of food you get. Hope it stays around for another 100 years. 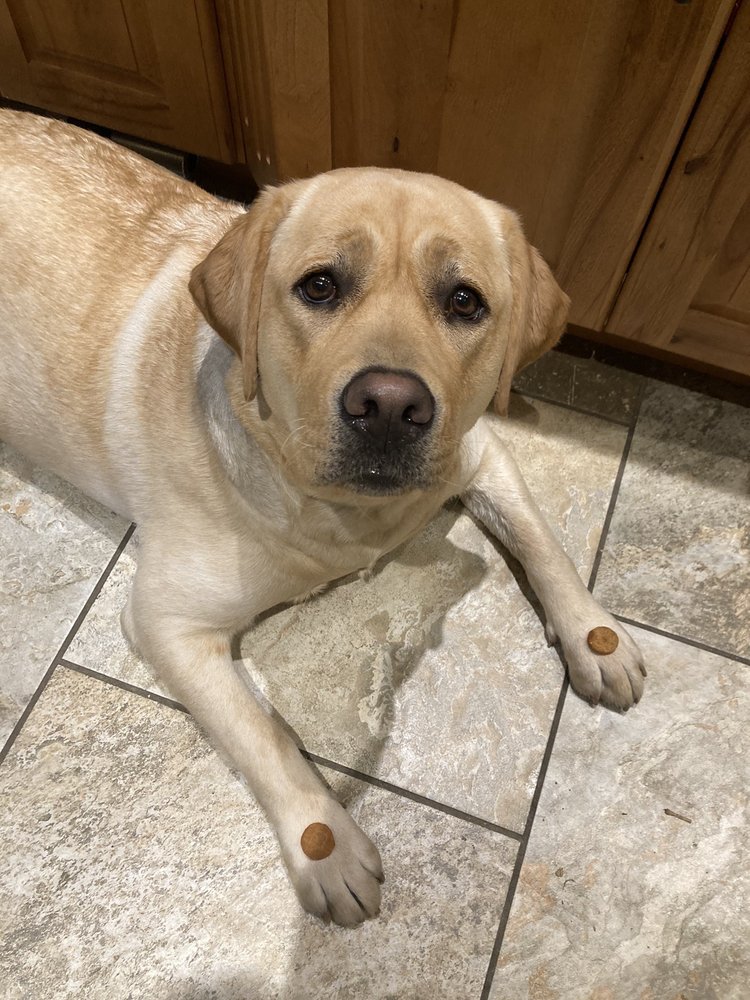 Sheesh.. could the girls there be any ruder or less welcoming? I doubt it. At $3.00 per cannoli ? They didn't invent cannoli, there are other bakery's that...

My wife ordered two 10in cakes, an Oreo torte and a whipped cream banana cannoli and paid $146. However, the lady on the phone answered as if she was already having a bad day and was rude from the get-go. She kept calling my wife by a different name and couldn't get the order correct. So we had followed up to ensure our order was correct a few days later and it wasn't. It sounded like the same lady picked up again, and she had put down the wrong names on the cakes and order, did not include the extra cannoli, and one of the cakes was a 12in cake instead of 10in. Once the order was correct, the lady hangs up, even though we were owed a refund b/c they had overcharged us. So we call back and ask to speak to the manager, the same lady picked up again, and didn't want to pass us to a manager and really wanted to know our names. Finally, she did pass us to a manager, who was also rude and she didn't seem to care that the order was wrong nor cared that her employee was rude to us. She said we would get a refund and then hung up. I called back a few hours later to cancel the order, and this time passed me to a gentleman who was respectful and processed the whole refund within minutes and hit my credit card immediately as well, which makes me wonder why the other refund was taking hours; they probably never passed us to the manager to begin with. Unfortunately, the past few cakes have been sub-par. My family and I always ask for extra cannoli, but we rarely get it even though we pay for it. We've gotten frozen cakes before, or missing ingredients. These are expensive cakes, however they're not worth the price anymore. My entire family used to buy cakes from this bakery since the 70's but given the price and quality, their cakes are not worth it. Look elsewhere. 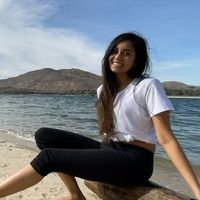 This is a casual deli with assorted selection of hot and cold sandwiches, pastas, and a seemingly limitless assortment of cookies, pastries and desserts in...

This Italian bakery is worth the price. This is a neighborhood staple. I see more people for their food rather than their sweets. Its a great place to eat and feel like home. Their chicken sandwiches and salads are great. In addition, I believe you can guy their marinara sauce, meat balls and etc.

The World’s Best Bakery hands down! Moved to Texas and how I miss the delicious cookies. Great memories of my Childhood, remember the days my Grandparents would take me to pick out my fav cookies which were the pistachio and cherry.

I really love this place, but today I ordered a beef & sausage sandwich to go, but I didn't get the sausage,

This is one of the most authentic and delicious Italian bakery style restaurant in the country. The gnocchi are phenomenal, the sandwiches are fresh, big and fantastic. The food salads are incredible. From lunch to catering, this is a great Italian restaurant

Ferrara Bakery holds a special place in my family's history, my wife's grandpa worked there while he was in high school in the 40s. He still remembers the founding family member Salvatore, who he just called "grandpa". Excellent pastries, and a slice of local history. Highly recommended!

Real Italian pastries and cakes. Had my wife's birthday cake ordered and the flavor and quality were astonishing, this place is now my first go-to place for cake orders. Had also some italian pastry, coffee and some sandwiches that were highly appreciated. They have a selection of main courses too that I haven't tried yes, but by the look and smell I watched from the tables nearby, I would try next time I will be there.

One of my favorite places in this area. Food and coffee are ok, but the main attraction here is of course the sweets. Of you have a sweet tooth, and especially if you like Italian pastry, you're in the right place. Great for families and has very nice decorations highlighting it's very long history since the 1920s.

I usually go to Ferrara for a cup of coffee (which is great), sometimes tea. Sometimes I get a pastry. Sometimes I go for a coffee there even though I don't...

I picked up a cake last week and was very disappointed! The cake tasted very old and refrigerator taste. The cake was strawberry but hardly any strawberries in it. I was not greeted when I walked in no one was in line. They had me waiting for a few minutes while 3 girls were in front and didn’t acknowledge me. I have been buying cakes from here for along time in fact my parents always bought us our cakes from here as kids. I will not be returning it’s not the same service. What a shame place just fell off with the cakes and service !!

I didn’t expect to have the best Alfredo sauce of my life at the historical home of a major sweets chain. The ratio of pasta to sauce, and of ingredients within the sauce itself, was perfect. Just enough bread provided to mop up all the remaining sauce, and a side salad to serve as intermission for the heavy taste showed just how thoughtful the folks here are with their menu design. 5/5. Their espresso is rather expensive, but par for course with many other places in Chicago.