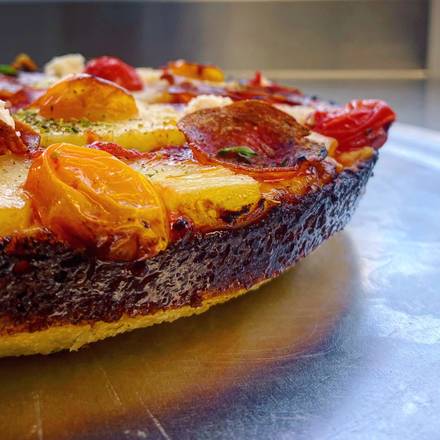 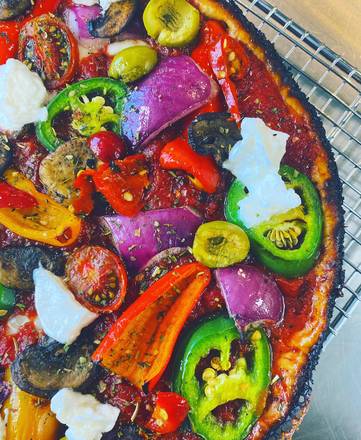 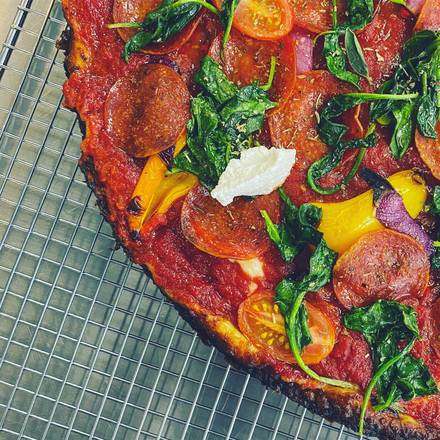 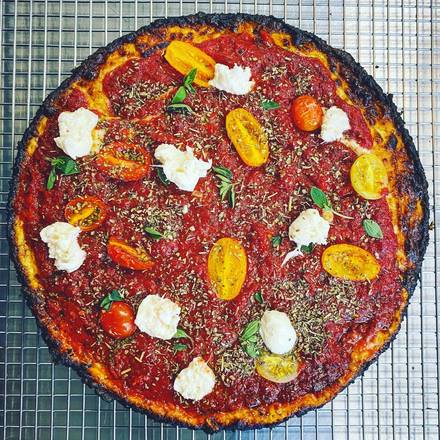 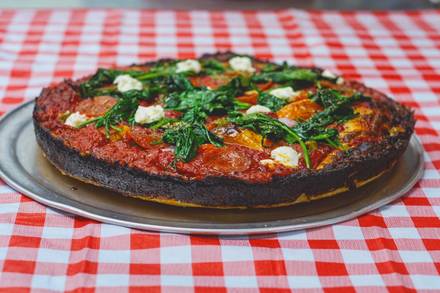 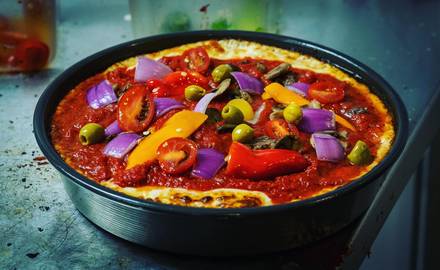 MIlly's Pizza in the Pan - Chicago

Chicago is a pizza town, and our signature deep dish variety is what many visitors to the city feel they simply must have. And they should; it’s good stuff. But the City of Big Shoulders also has a big appetite for variations on the basic pie, and that’s what they offer at Milly’s Pizza in the Pan: a pan-style pie, heavily dressed with vegetables and meat, with an edge of crusty cheese, fantastic.

Built on the ‘ghost kitchen” business model utilized by new Chicago restaurants like Cat-Su-Sando and others – Milly’s Pizza in the Pan is a restaurant perfectly suited to pandemic dining, it’s delivery only and it’s pizza, which travels far better than many other foods. And the pie offered here is far better than many other pizzas offered in this pizza-loving city, with intriguing flavor combinations, a lot of visual appeal, and a crowd-pleasing approach to crust construction

It’s safe to say that the pizza pies offered at Milly’s Pizza in the Pan can be compared to few if any other Chicago pies. One reason for this distinctive difference is the sheer number of things put on top of the pie. Lots of intriguing ingredients is what you’ll find in Milly’s Clickbait, which features Castelvetrano olives, red onion, mushrooms, mini peppers, Kumato tomatoes, jalapeno, Calabrian chilis and fresh ricotta cheese, or the Que Suerte, with a beautiful composition of pineapple, cherry tomatoes, jalapeño & brown sugar bacon. Of course, if all the deliciousness that comes standard on Milly’s pies is not enough for you, you can add additional toppings like Cubanelle peppers or Glory’s tomatoes.

What really sets the pie apart, however, is the crusty cheese around the edges of the pie. Your standard deep dish or pan pizza can have a doughy, sometimes somewhat thick crust enclosing the ingredients; Milly’s pies have a deeply brown ridge of cracker-crisp baked cheese around the edge, making every bite crunchy and satisfying. This technique of cooking the pie with a “frico” of lacy, browned cheese around the edges is a technique used by the late, legendary Burt Katz at Burt’s Pizza, the place where Anthony Bourdain, previously not a fan of Chicago deep dish, took a few bites of Burt’s and said, “I get it.”

Robert Maleski owns and cooks at Milly’s – and at this restaurant, he’s a one-man operation. He personally buys the produce, flour, and other ingredients for the pies, he cooks them up and then hands the pies off to a third-party delivery service. You can “reserve” your pie through Tock.