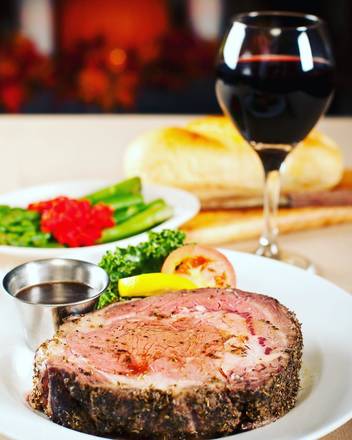 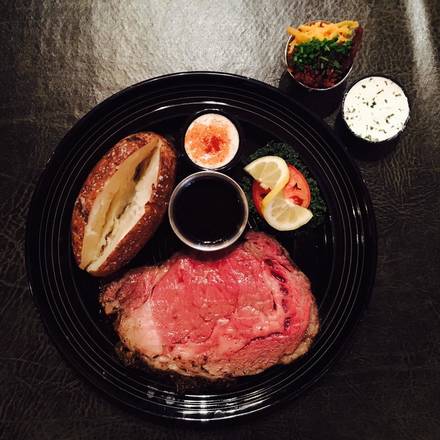 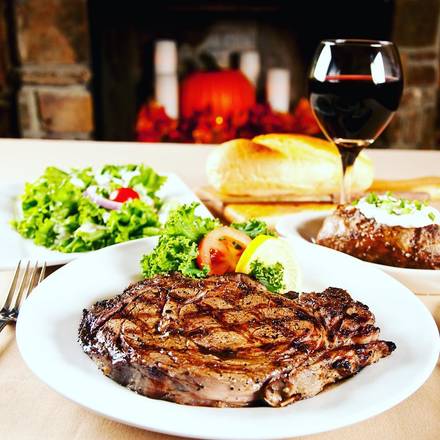 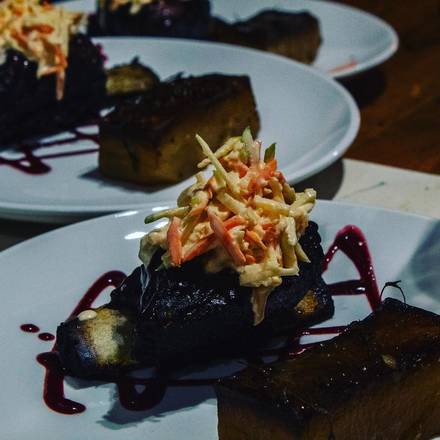 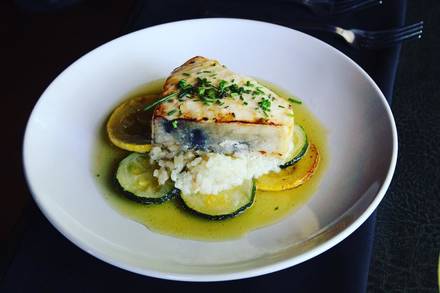 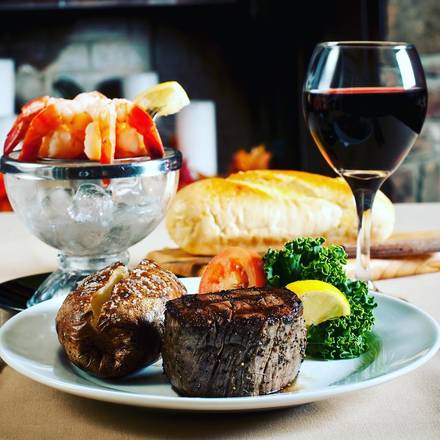 John Gaskins built a two-room log cabin for his family in 1864, and it remained a private home for more than 120 years. In the 1980s, Gaskins Cabin Steakhouse was built around it. Since 2008, Lisa Provencio-Jones bought the property, and she's the longest-running owner to date.

The menu consists of classic steakhouse fare with oven-roasted prime rib as the signature offering. The steaks are hand-cut and char-grilled, featuring the likes of the filet mignon, New York strip, and the New Orleans-inspired Gaskins Debris, which is a seasoned and braised pulled ribeye over fried potatoes and topped with house-made brown gravy and creamy horseradish.

Not in the mood for steak or not a steak eater? There's also shrimp scampi, broiled Atlantic salmon, and creamy garlic linguine topped with sautéed mushrooms and house-made garlic cream sauce on the menu.

We have always enjoyed Gaskins. The prime rib is the highlight and the cheesecake was perfect. Our waiter was was attentive without hovering. Great settings, great food. We keep coming back!

I get this is a steakhouse and we did not order steak, but the food was terrible. I ordered the Brie and it was decent so it gets 2 stars. The grape is weird with it. But we ordered the shrimp scampi and did the split plate so we paid an extra $10. On the menu, it says the split plate comes with pasta, rice, etc… I assumed it was a choice and I wanted the pasta. When the food came, it was the normal portion as if it was 1 big plate. I asked the waitress about it and she said oh no this is what it comes with. Ok whatever I might have misread. But the SHRIMP! The shrimp was horrible!!!! It was unseasoned rubber. Like a child cooked it. I asked for new shrimp because this was over cooked. They came back with a new order of food and the shrimp was exactly the same. I would not recommend this restaurant to anyone. Terrible food.

Phenomenal experience. The prime rib lived up to the hype and more. The mushroom burgundy is also amazing. 5 stars easy. Just add a couple more options of bourbon 😉

Got in to Eureka Springs kind of late on a Friday Evening,while other places we overbooked Gaskins was accommodating even less than an hour before closing. Their service was some of the best I have ever had. Prime Rib and Grilled Chicken were both top notch. Creme Brulee was die for. 10/10 will definitely come back anytime I'm in Eureka Springs.

Phenomenal experience. The prime rib lived up to the hype and more. The mushroom burgundy is also amazing. 5 stats easy. Just add a couple more options of bourbon 😉

Wow! What an amazing experience! We were in town for our 11 yr anniversary and everyone we asked said that Gaskins was the place to go for our anniversary dinner! And they were so correct! We are looking forward to our next visit as the atmosphere, service and food were spectacular! Everything is made in house the the prime rib was extraordinary!

A delicious anniversary dinner. Prime rib for my husband was cooked perfectly. My filet could be cut with a fork. The garlic cream sauce pasta is fantastic as is the homemade horseradish. Highly recommend this for a romantic dinner. The cabin is quaint and very cozy.

I recommend this steakhouse! While an expensive place to dine, they know how to cook a steak and it's a very romantic setting. Perfect for an anniversary meal or any special occasion! The side dishes were also very good.

Absolutely an amazing experience. Ashton, our server made the evening 11 stars. The man knows his stuff, a true professional that knows what brings people back. Loved it. Loved the food. Loved the atmosphere. Everything was spotlessly clean. Outstanding!

Food was amazing, service was excellent, and the ambiance was the best in Eureka. It seems pricey at first, but it was well worth every penny. Thank you for the incredible experience, we will definitely be back when we are in town.

It was awesome! My husband and I split the prime rib. It was amazing! We had the burgundy mushroom soup and it was the best I've ever had. Also had the Steakhouse mac and cheese with bacon. It was do good I actually giggled with my first bite. Since it was my birthday the brought me the vanilla creme Brule with a candle..it was magnificent as well. Our waitress was awesome as well and took very good care of us! Thank you for making my birthday so special!

Lovely place for a special dinner. Be prepared to spend some $$$. Prime rib, strip steak, bread & burgundy mushroom soup were all amazing. The only issue on our anniversary celebration evening was getting our cocktails on time. They arrived after our appetizer. Apparently the bartender was stung by a bee?!?! Our waitress was good though.

We were in Eureka Springs for our anniversary. Found Gaskins by doing a google search. The food was awesome. My husband had burgundy mushroom soup and raved about how good it was. I had the New Orleans Debris and he had a rib eye with linguine. As an added bonus, we had an anniversary dessert on the house. Our choice, the chocolate bread pudding 😋. The staff was very friendly and attentive. Overall an excellent experience 😊

I made reservations a week in advance as my wife and I would be in Eureka springs celebrating our 10 year anniversary. We walked in and there was no hostess. We waited, saw some wait staff walk by, and another, and another. No greetings, no “we’re busy and will be right with you. They were masters at avoiding eye contact. Finally a woman walked up (after 5-10 minutes) asked if we had reservations, told her we did, she couldn’t find them: “oh they probably wrote you down on the wrong day”. Ok, fine, mistakes happen. She put us down. We waited, and waited. Another couple walked in. They waited along with us. No one came to check on their reservation. After about 25 minutes of no one else coming close to the hostess stand, we left and went to Grotto’s. Immediately upon entering “someone will be right with you” and “can I offer you a drink while you wait”. Why yes, yes you can.