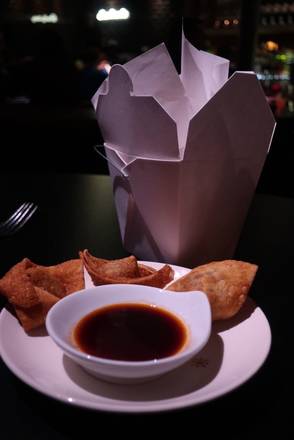 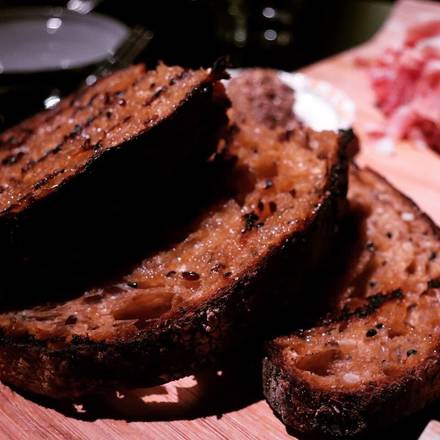 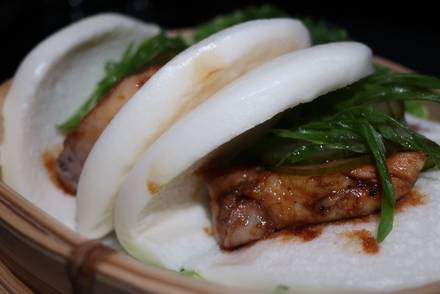 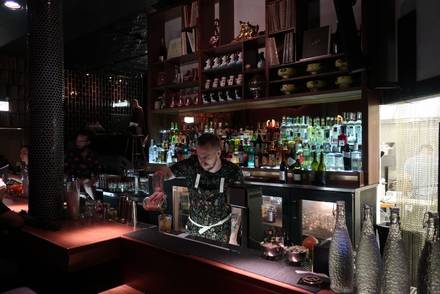 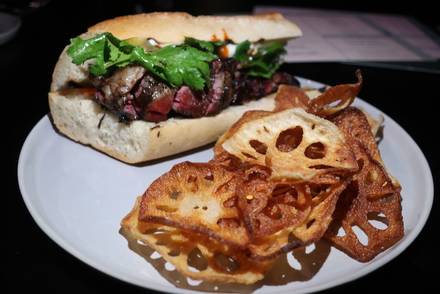 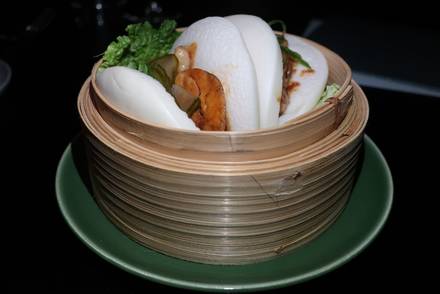 It was great to relive our younger years with Saved By The Max - Saved By The Bell Pop Up Shop Diner & Bar, the kitschy Wicker Park sensation that has since moved on to a permanent space in West Hollywood. But now it’s time to grow up again—especially those of us who watched the show in its prime—as the owners have created a more sophisticated establishment in its space.

Dorian's, which you enter through a record store selling the likes of Bessie Smith, David Bowie and Wes Montgomery on vinyl, feels like a speakeasy without trying too hard. It’s an effortless experiment boasting a Michelin starred chef (Brian Fisher of Entente Chicago) and incredibly talented music director (Joe Bryl of Funky Buddha Lounge, Sonotheque and Maria's Packaged Goods & Community Bar fame) kicking out rare groove, experiment jazz, Afrobeat and samba. Bryl is one of the regularly scheduled deejays, and live music is scheduled for the weekends.

Most dishes from the Asian-focused menu are shareable, including mushroom wontons, chicken bao and the short rib banh mi. The cocktails are fun too, with large-format cocktails like the $70 Cookie Monster—which is served in a cookie jar-inspired container. There’s another one inspired by Froot Loops.