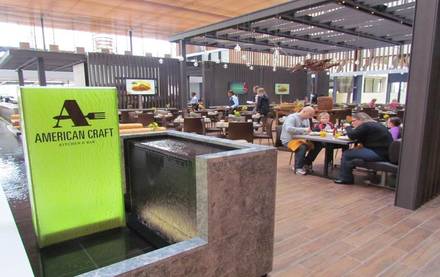 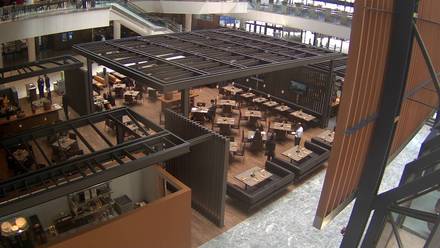 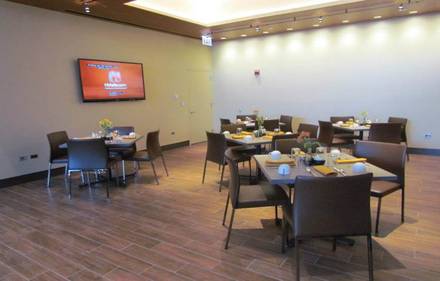 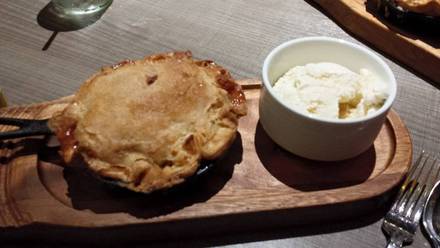 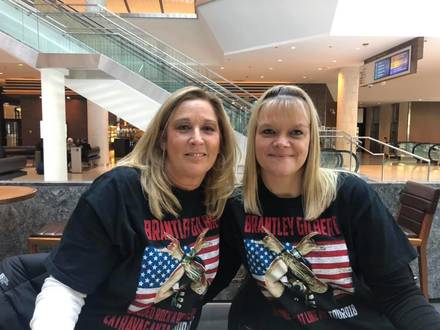 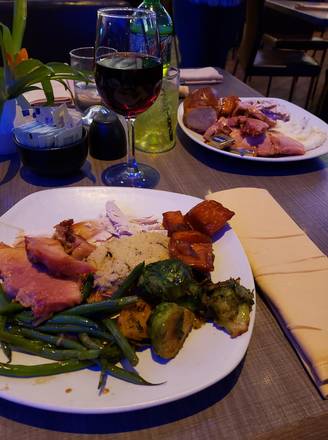 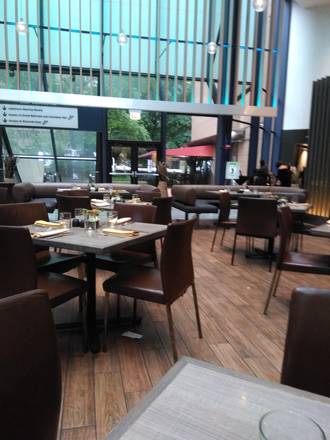 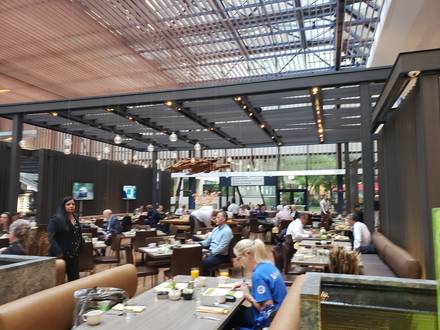 One of the latest offerings of the newly renovated Hyatt Regency Chicago, this lobby-level restaurant specializes in cuisine sourced from farms in the Midwest region.

It's open for breakfast, lunch and dinner, and a special lounge menu is offered 3-11pm daily. The beverage list of curated craft beers, wine and cocktails aims to complement most dishes.

Absolutely wonderful experience! Food was worth the price. And the service was phenomenal! 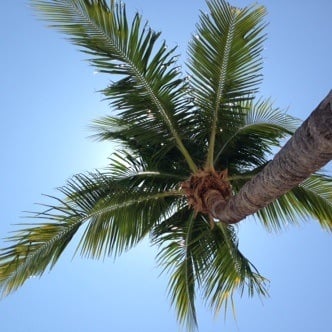 Review is for the buffet style breakfast. Quality food. Our server YONIC was friendly and informative.My family appreciated that he spoke Spanish. There is... 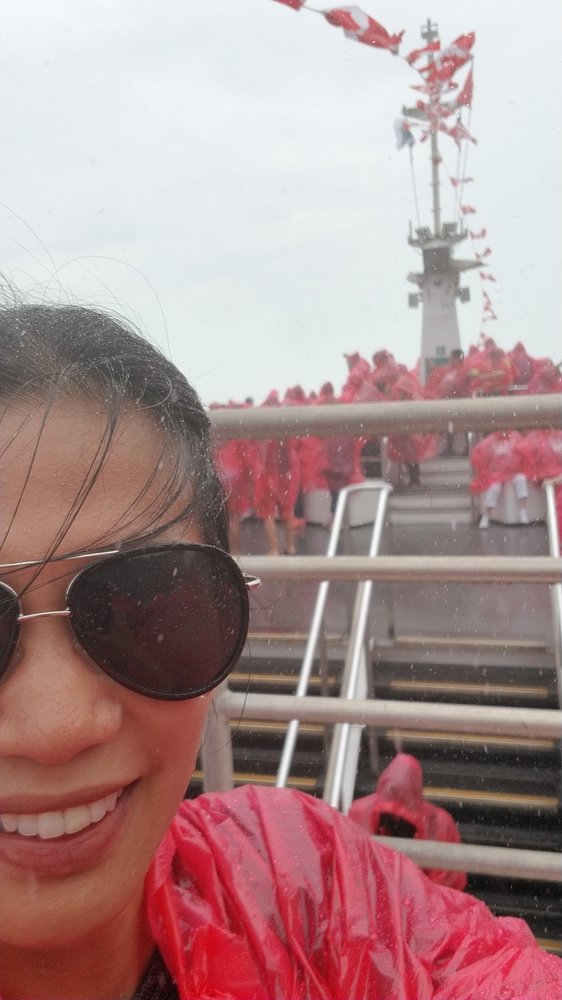 An easy, breezy Wednesday morning made this the best breakfast experience we had in our 5 days in Chicago! American Kitchen is part of our hotel (Hyatt...

I ordered the Birria Beef Tacos and they were absolutely disgusting. The menu said that they came with two kinds of cheese and pico de gallo. There was neither. It did come with a “broth” which was really just oil. The brisket on the tacos was so oily it filled up the plate with a very unpleasant oily pool. As I tried to eat, I could not set the tacos back down on the plate as they would have sunk into the oily residue. I showed the meal to the manager and he agreed. Do not order the tacos. One good thing was the chicken gumbo. That was delicious. Tacos were inedible.

I can not recommend the American Craft restraunt located in the Hyatt Regency Chicago hotel. I ate 3 meals here (as the other hotl restraunt was closed. Meal 1(dinner): a $42 12 ounce NY strip and a $12 Berry blast cocktail. The steak was ordered as medium rare, it was delivered medium well. Char was good, but the need to use steak sauce on a $42 steak is ridiculous. Mashed potatoes were fine but boring and the broccolini was broiled but still tough and crunchy. The "Berry blast" cocktail didn't have the blueberries muddled and tasted only of the tito's vodka used. Meal 2(lunch): $25 Fish and chips - no complaints, the skin left on the northern pike was odd, but crisp so it was fine. The batter was non-traditional, but fine. Just over priced. Meal 3(dinner): $35 1/2 lb of "brisket". The "bbq sauce" tasted like ketchup with a bit of worchestershire sauce mixed in. Sad. The brisket had a decent rub, but was greasy, so much so it looked as though the meat had luster dust brushed on it. The brisket also still had a fat cap... this is a problem for 2 reasons, 1-the excess fat cap should be trimmed before cooking. 2- the remaining fat should be rendered down during smoking keeping the brisket juicy. The result: after 4 slices of brisket you just have an oily/greasy mouth feel as the bbq sauce does nothing to cut the fat. Do not waste your time and money eating here. 4 star restraunt prices, 1 star restraunt food and drinks. The chef should be severly disappointed with the meals.

The Hyatt Regency - Buried inside in a surprisingly tasteful food venue with great service and causal experience. 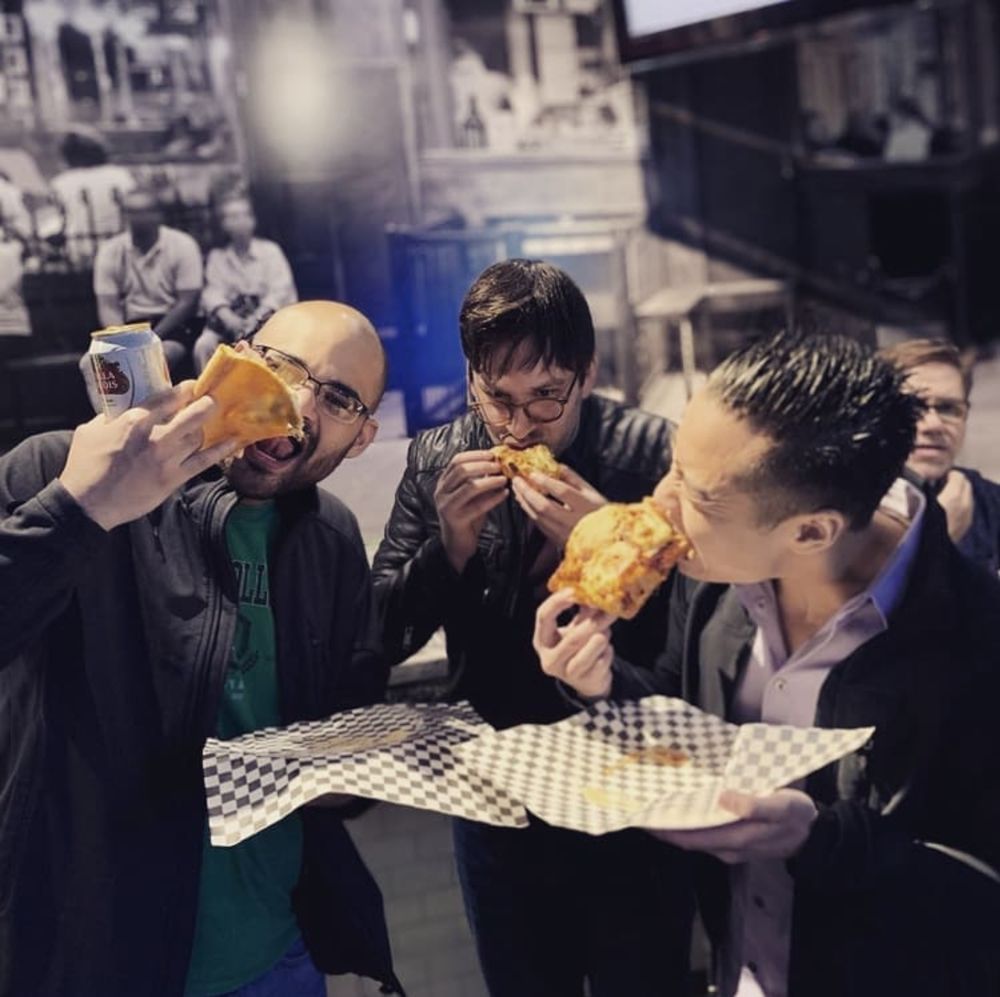 I got the egg white omelet and a few rounds of mimosas. Everything was excellent and delicious. My server was very attentive and friendly. I would...

We ordered two different burgers but the Server got my order wrong and did nothing to fix it. Would not recommend.

What a pleasant surprise. Located inside the Hyatt Regency Chicago, this gem has a limited menu that is focused on elevating traditional standards. Unusual... 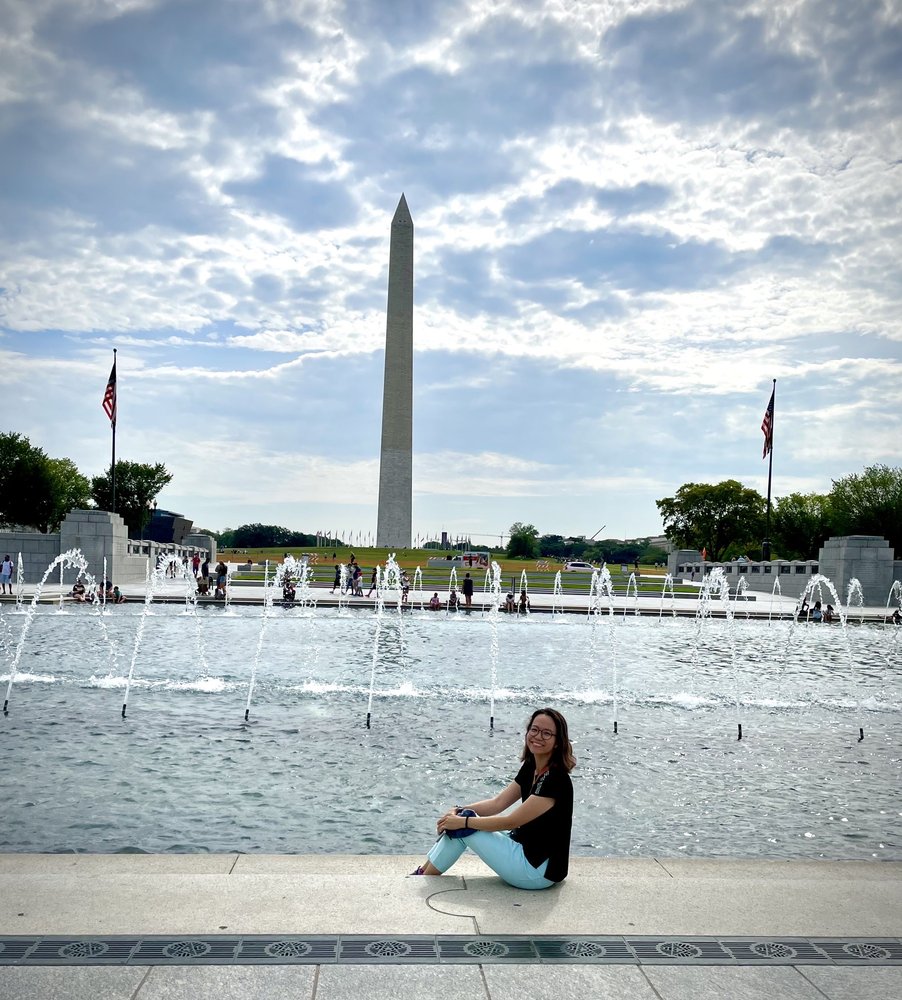 We were exhausted after walking quite a bit during day time in Chicago ( so cold brrr). So we decided to eat at one of the restaurant inside the hotel we...

I didn’t feel like leaving the hotel so I ended up here. Had a few really cold beers and got wings to go. The wings were great, saucy, and crispy - and not terribly priced. Very limited menu when I was there, did not have many options. I didn’t return after the first visit - there are so many better options. But in hotel, it was good. The bartender wasn’t the most fun guy on the planet, but did he job very well.

Ordered the 30$ (after tip) tacos and asked if they were street taco size beforehand they said no and then brought me folded street tacos. :( also the soup container was busted open and spilled all over the bag before they handed it to me so I asked for a new one and they just dumped the remnants of the soup into a new container. Food itself is great though

Sat down at 1010 and asked about the buffet. Was told it was open till 11. At 1020 we were told that the buffet was closing now and to grab whatever food was left we wanted as they would not be filling it up and will start to remove it shortly. Really? This is how you do business?