What’s a Cronut and where can you get one? 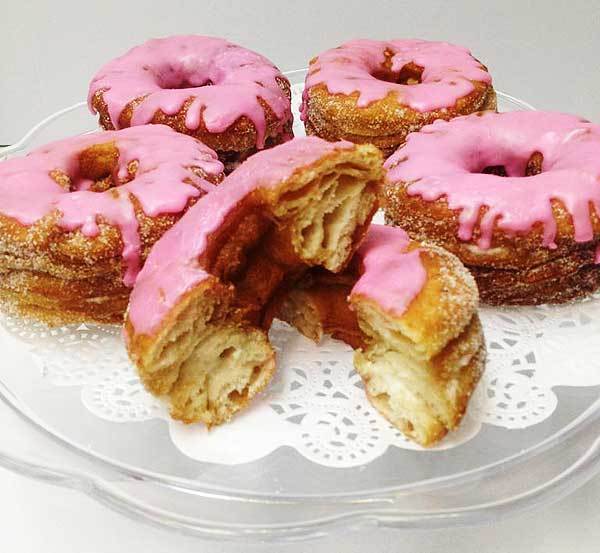 Part doughnuts, part croissants, “Cronuts” are the latest culinary craze sweeping New York City. The baked goods debuted last month at Dominique Ansel’s, namesake SoHo bakery. The cult following for the limited-availability pastry has not only led to extensive lines at Ansel’s bakeshop, but also a black market peddling the authentic articles for up to $40 each.

If you want a real Cronut, you’ll have to go to New York to get it — Ansel has applied for a trademark on the confection — but for a taste of the same style, you need only go as far as Elmhurst. To some city dwellers that may seem nearly as distant, but that’s where software engineer-turned-pastry-chef Rubina Hafeez, owner of Gur Sweets, is frying her own doughnut-croissant hybrid.

Gur’s “croughnuts,” available in limited quantities, come in such flavors as rose with Madagascar vanilla filling and strawberry-glazed with mango filling, each $5.