Send August out on a high note with a unique BBQ experience at Bread & Wine. On August 24, the Irving Park restaurant teams with Little Farm on the Prairie (aww) for their inaugural Farm-BQ event, featuring an outdoor grill manned by executive chef Michael Dean Reynolds. The evening kicks off with a cocktail reception at 5:30 p.m., followed by family-style dinner at 6:00 p.m. The dinner centers around farm-fresh barbecued chicken and sides such as bacon and corn pudding, German potato salad, and braised Swiss chard. There will also be ample draft beer. Tickets are $50 per person and can be purchased here.

Bao Contest Finale
Curious to see the pinnacle of this year's Wow Bao binge? Of course you are. Head to Water Tower Place on August 23 to witness the finals for the second annual Wow Bao eating contest. All week long, folks have been gorging themselves on bao as part of the preliminaries, wherein diners stuff their faces with as many bao as they can in two minutes. The top two finalists from each round vie against one another on August 23. For each bao eaten during the two-minute culmination on Saturday, contestants receive a $10 gift card to Lettuce Entertain You restaurants. The grand prize winner gets free Wow Bao for a year. Wow that's a lot of bao! It all starts Saturday at 2:00 p.m. 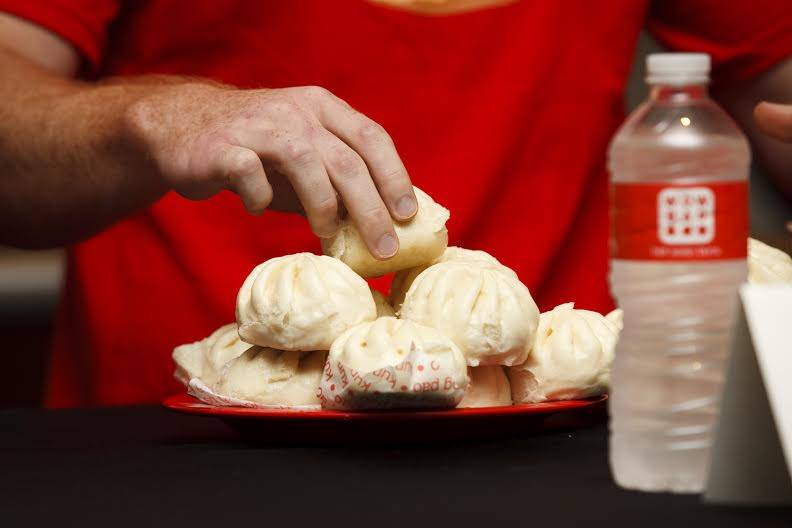 
bellyQ's Second Anniversary
bellyQ turns two this year and in honor of the occasion, the West Loop Asian BBQ bastion is celebrating with a Rush Hour special starting August 22. Through the rest of the month, diners receive 50% off food Monday-Friday from 5:00 p.m. until 6:00 p.m. It's an apt way to celebrate the bellyQ favorites that have emerged as menu stars over the past two years, all at an incredible discount.