November 1 is National Sushi Day, so you know you'll have to eat more sushi than Jeremy Piven, right? Jellyfish makes it easy by lowering the price of their signature sushi rolls to just $5 (normally $13 to $18) for November 1 only. Made with the freshest fish flown in from around the world, Jellyfish features some of the splashiest, most sensational sushi in the city. Enjoy the El Sol, made with spicy tuna, spicy shrimp, avocado, cilantro, jalapeño, creamy yuzu, and red tobiko; the Summer Rush made with tuna, white tuna, salmon, crab, shrimp, and avocado wrapped in cucumber with wasabi-ponzu sauce; and the Lobster Mango roll outfitted with lobster, mango, avocado, and flying fish roe. 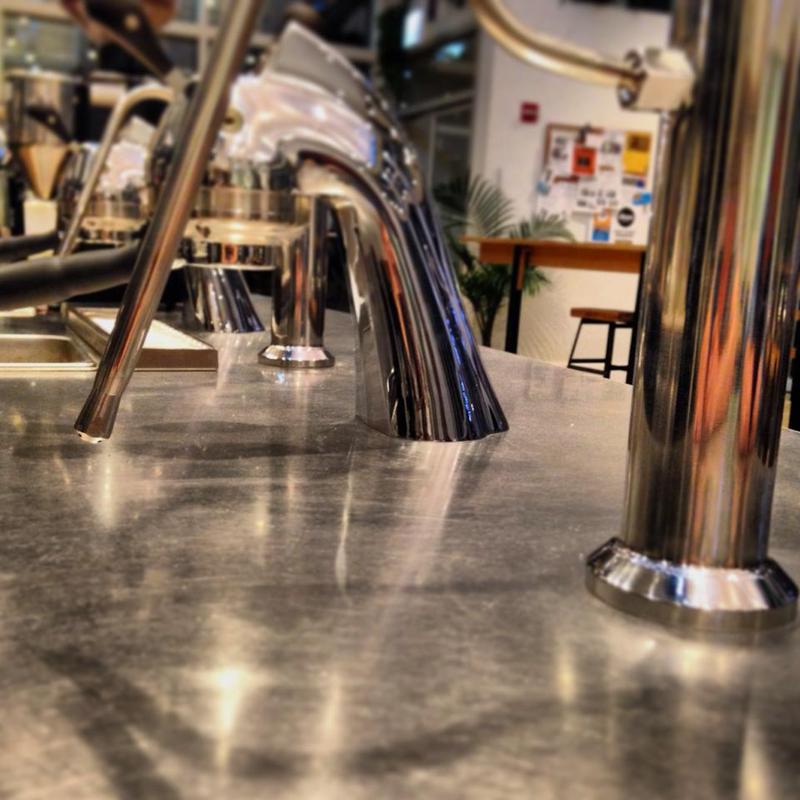 (Closeup of the new taps at Dollop Coffee Company)


Experience a New Style of Coffee

The new era of coffee service is here, and it's on full display at Dollop Coffee Company in Streeterville. The sleek cafe just unveiled the first Modbar in Chicagoland, a coffee equipment system that serves to get guests closer to the coffee-making experience and blow their collective minds. What the system does is allow Dollop to move most of the machinery under the counter and out of the way, leaving taps above the counters and enabling guests to get up close and personal with the baristas. But not too close. You'll have to take them to dinner before anything gets too series. The Modbar system at Dollop marks one of only 12 in the world. Whoa.

Eating sandwiches has never felt so altruistic. In light of National Sandwich Day on November 3 (so many random food holidays this weekend!), Duran European Sandwiches Cafe is poised to partner with the Chicago Artists Coalition for a charity initiative. Seeing as the petite open-faced sandwiches are elegant works of art themselves, it makes sense that the cafe would fully embrace its artistic side. 50% of Duran's profits over the weekend will go towards the coalition, a non-profit arts advocacy organization striving to faciliate a sturdy market for burgeoning artists. Duran will also display an array of geometric art pieces on its walls for the holiday. 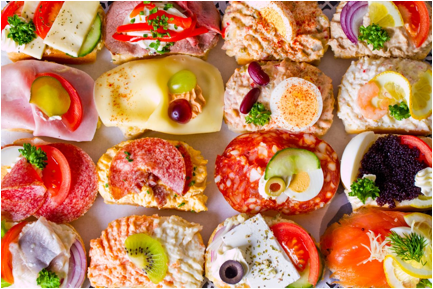 (Look at these beautiful sandwiches)

OK so Monday is most definitely not the weekend, but you'll pretend like it is at the Monday night tailgate party happening at 1st Ward at Chop Shop restaurant. The event space inside the sprawling new restaurant is going all out for the Monday night matchup between the Chicago Bears and the Green Bay Packers. And by "all out," I mean airing the game on a 19 foot by 30 foot projection wall with a live DJ playing music during commercial breaks, because commercials suck. $20 earns attendees the all-access pass to the tailgate buffet, along with one drink ticket. Expect all the requisite gameday grub, but better because this is Chop Shop and not your truck. Wings, Italian sausage, meatballs, pasta salad, and potato salad are all present and accounted for. There will also be a costume contest, with the biggest Bears fan earning a $50 gift card to Chop Shop. Doors open at 6:00 p.m. on November 4, and the game kicks off at 7:30 p.m. Purchase your tickets at the restaurant.