Weekday Planner, What To Do This Week In Chicago: Fire and Blood Ale, Bread & Wine Dinner, 312 Chicago Birthday, and Spring Truffle Preview

This Week In Chicago Restaurants:

Fans of beer and Game of Thrones and blood, take heed: Brewery Ommegang is rolling out its new Fire and Blood red ale at The Radler on March 26. The launch event for the new Game of Thrones-inspired ale takes place from 6:30 p.m. until 9:30 p.m., providing a peek at the potable before it goes national on March 31. Far beyond your standard stand-and-sip event, this one provides attendees with a takeaway Game of Thrones glass, a photobooth, raffle fodder, and music via The Harp Twins. Tickets cost $30 and can be purchased here. 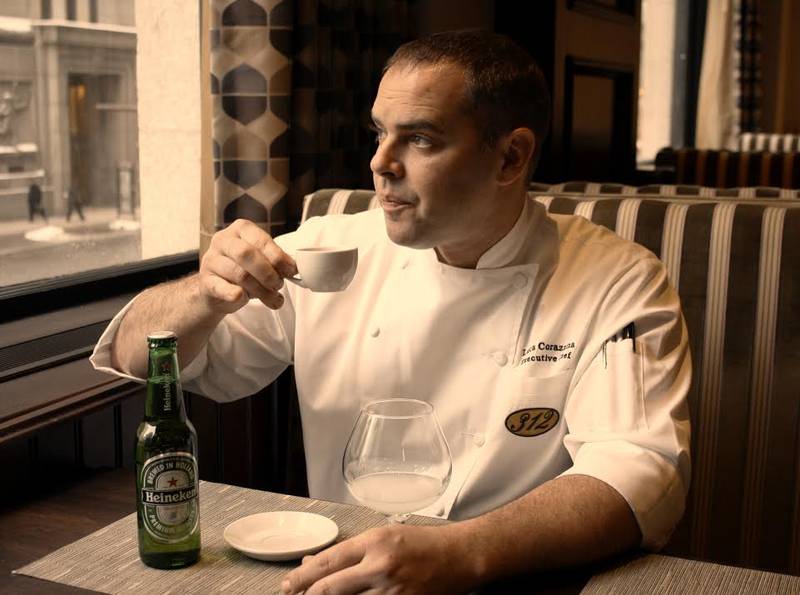 While most 16th birthdays are celebrated with driver's permits and rebellion, 312 Chicago celebrates its 16th year in the Loop with a complimentary Italian grand tour tasting soiree. Taking place March 27 between 5:00 p.m. and 7:00 p.m., the event features an Italian wonderland in the lobby of the Hotel Allegro, complete with wine and regional Italian bites. Adorably enough, 312 Chicago's Celebrity Chef Luca Corazzina is also celebrating a birthday this month, heralded with the "Chef Luca Special" available all month long, a cup of espresso, a shot of Sambuca, and a bottle of Heineken.

Spring has officially sprung, whether the temperatures cooperate or not. So no better way to celebrate than with a chocolatey spring preview party at Katherine Anne Confections! The Logan Square chocolate shop is poised to showcase spring in all its seasonal cocoa glory on March 25 from 5:30 p.m. until 8:30 p.m., wherein guests will have the opportunity to sample new sweets open house-style. Expect new truffles, caramels, and marshmallows, all of which won't be on the shelves until April, such as strawberry-fennel truffles, rhubarb-orange truffles, bourbon-praline pecan truffles, and caramels and marshmallows infused with the likes of lemongrass-ginger and lavender-lemon. There will also be savory bites courtesy of FIG Catering. The event costs $25 per person and tickets can be purchased here.