World-famous chef Eric Ripert is in Chicago as part of a tour for his new memoir, 32 YOLKS, From My Mother’s Table to Working the Line, and he’s stopping at Nico Osteria for a special dinner June 1. The award-winning chef behind New York City’s Le Bernardin will be the esteemed guest for the evening, while Erling Wu-Bower prepares a three-course degustation inspired by 32 YOLKS, adjoined by wine pairings. Along with dinner, attendees will enjoy a moderated discussion with Ripert led by Plate Magazine’s Chandra Ram. It all begins at 6:00 p.m. and tickets are $165 per person, which includes a signed copy of the book, a cocktail reception, Prosecco, hors d’oeuvres, and the three-course meal. Purchase tickets here. 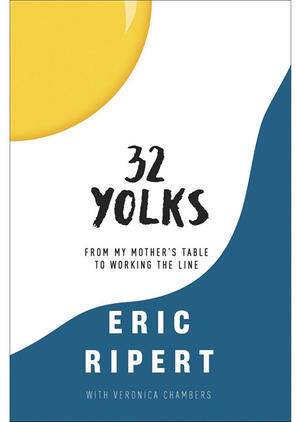 Get ready to sip and swirl your way through South Africa by way of one of downtown’s quintessential steakhouses, as III Forks hosts its next wine event June 1. The focus for the upcoming event, which runs from 5:00 p.m. until 7:00 p.m., is six wines from South Africa paired with a variety of hors d’oeuvres. Led by sommelier Brian Speh, selections for the evening include the 2013 Capensis Chardonnay, the 2010 Graham Beck Blanc de Blancs, the 2014 Protea Chenin Blanc, and the 2013 Raats Dolomite Cabernet Franc. The cost for the tasting is $20 per person and reservations can be made by calling III Forks.

Another week, another happy hour debut. This time it’s courtesy of Seven Lions in the Loop, which boasts an optimal downtown locale for after-work libations and dining. Available every day of the week, the restaurant is upping the ante on happy hour with specials including half-priced draft beers, wine selections, and bites like Taleggio grilled cheese, loaded fries, and crostinis. Happy hour runs daily from 3:00 p.m. until 6:00 p.m.