Bakery: When carbs are innately a restaurant's bread and butter, then it makes sense to expound upon the idea with a supplemental bakery program. Such is the thinking at two restaurants rolling out bakery programs and augmenting their regular menus with pastries aplenty. Say hello to the sweet new wares coming atcha from Duran European Sandwiches and HotChocolate. 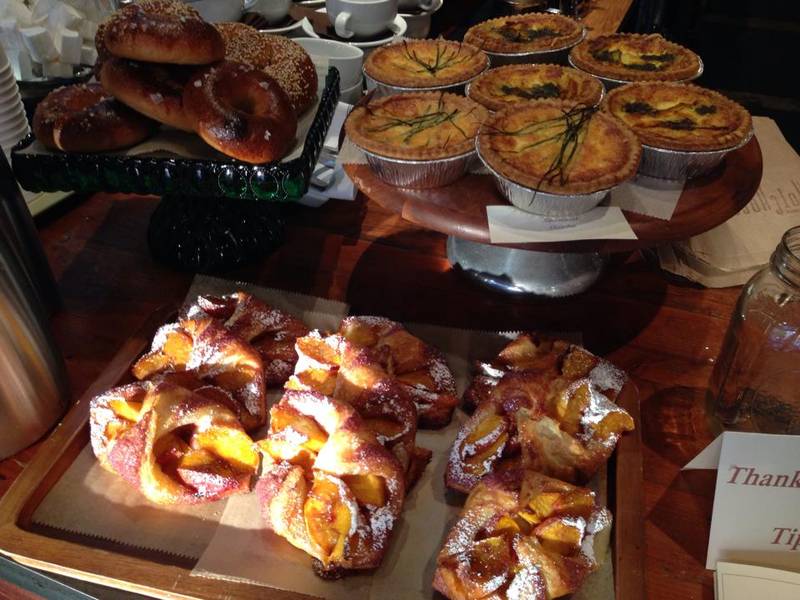 
Bakery: Since opening its slicky, art-adorned doors last year, Duran European Sandwiches has been wowing the masses with lustrous sandwiches that are at once a feast for the eyes and mouth. The Austrian-inspired menu peddles petite sandwiches galore, each dainty sliver of bread strewn with gorgeous ingredients befitting an art gallery. It's all the masterwork of owner Tracy Miller, a woman who clearly knows her bread. Thus, she's broadening her bandwidth with a new breakfast and bakery program at Duran. Her offerings now include croissants, cupcakes, tarts, buns, tea cookies, muffins, and more. True to her restaurant's European ethos, products are wholesome and modest in size, so as to not bludgeon diners over the head with unruly portions. Expect tiny quiches, fresh bagel sandwiches, and European breakfast plates brimming with cottage cheese, hard-boiled eggs, sliced tomatoes, cucumbers, La Fournette multi-grain toast, French ham, and fresh fruit.


Another restaurant getting into the bakery game is Mindy Segal's HotChocolate. After pivoting plans for an actual brick-and-mortar bakery in Logan Square, the nationally acclaimed pastry maven decided to take it all in-house at her Bucktown restaurant. So rather than open up shop elsewhere, she's now slinging baked goods during daytime cafe hours. Previously resigned to dinner and weekend brunch, now diners can get their HotChocolate fix weekday mornings and afternoons. This means doors open at 7:00 a.m. Tuesday through Friday. It affords Segal the opportunity to round out her dessert repertoire with Danishes, croissants, quiches, cookies, housemade bagels, and more. Much of her goods were inspired by her trip to Paris for her honeymoon in 2013.