Root beer floats have always been my favorite thing to drink-eat. As a kid, my brother and I would always order root beer floats as our beverages when we were out to dinner with the family. Like that's a normal, healthy thing to do. My love for floats runs deep. Nowadays, I'm smitten with Chicago's float scene, from old-school classics and neo iterations to those infused with booze. In honor of National Root Beer Float Day today (how dare you not know that), here's a few of the city's top floats, including a couple specials in honor of the holiday. 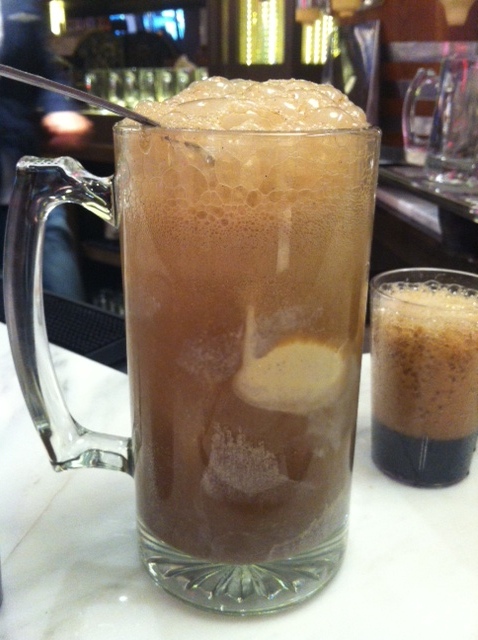 
If you're looking for something a little more adult, that may tarnish your childhood memories in a delicious way, head to Franklin Tap. In honor of the holiday, the bar is serving up boozy root beer floats made with Small Town Brewery's "Not Your Father's Root Beer" (spoiler alert: it's 10% abv) and a scoop of vanilla bean ice cream from Bobtail Ice Cream Company. The floats are served in 8-oz. frosty mugs and go for $6 a pop.


For something even boozier and more complex, Telegraph is compising a new root beer float as elaborate as one of their dishes. It's actually a straight-up beer float, but cleverly infused with ginger root to give it a "root" beer moniker. The beer of choice is Bellhaven Scottish Stout, which is currently on tap at the bar. The beer is rich, dark, and just tangy enough to stand up to the housemade ginger-honey ice cream plopped on top. Even the straw is edible, consisting of a crackly ginger tuile. 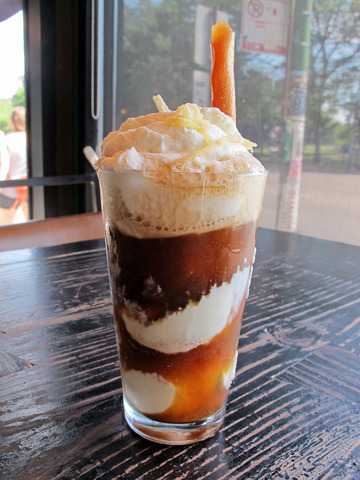