'Tis the Season for Soup

The holidays are over and now there's nothing to look forward to but gray, drab, and chilly January. Thankfully there's always soup, winter's panacea. And restaurants take National Soup Month very seriously, either by putting out a lineup of soup specials or simply by serving reputable, reliable soup every day of the month. If you're in need of a soupy pick-me-up, here's where to get your fix this month. 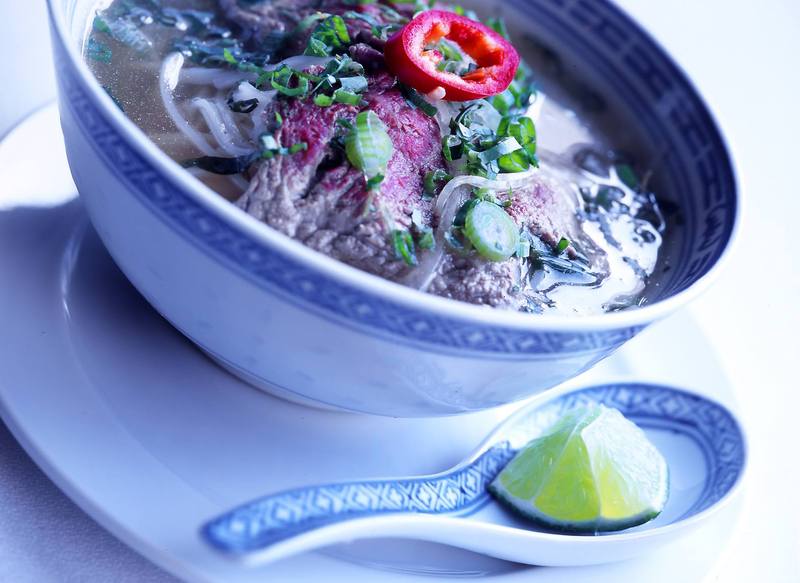 
Kanela Breakfast Club takes a decidedly charitable approach to National Soup Month. Throughout January, the restaurant is doling out free loukoumades (Greek doughnuts to the uninitiated) to patrons who donate canned soup or non-perishable food items. Anyone who brings donations in to the restaurant will be rewarded with sweet, treacly fried dough, and goods will be given to a local food pantry.


Soup & Bread picked the perfect time to return. The annual soup series makes its seasonal return January 8, holding court each Wednesday for the next several weeks at The Hideout. For those not familiar, 1). what's wrong with you and 2). it's a free soup and bread event with focused themes each week and soups prepared by Chicago chefs, restaurants, and Soup & Bread supporters. Bread is donated by Publican Quality Meats. Donations are encouraged, with proceeds going towards local food pantries. The inaugural theme on January 8 is Fire vs. Ice. Subsequent themes throughout the season include Southern Comforts on January 15, Minimalism on January 29, Mac vs. Cheese on February 5, Maximalism on February 26, The Hills on March 19, and The Fields on April 16. 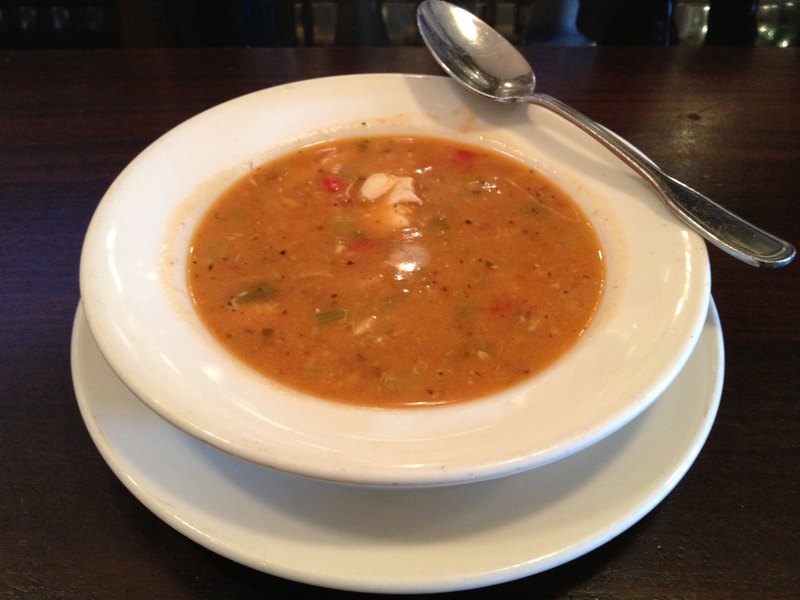 
Gibsons Restaurant Group gets into the soupy spirit with comfort by the bowlful in various forms and flavors. All month long, Gibsons Bar & Steakhouse is featuring a rotating lineup of daily soups, available as a complimentary cup with all entrees or for a small price for bowls. Chicken noodle, five bean chowder, shrimp bisque, seafood gumbo, and beef barley are among the varietals. January marks the return of Hugo's Frog Bar & Fish House's Bookbinder Soup, a wholesome medley of fish stock, tomatoes, bell peppers, cilantro, parsley, rosemary, dry sherry, and fresh fish. And of course, there's always Hugo's famous New England clam chowder. For something a bit beefier, head across the Viagra Triangle to LUXBAR and partake in steak and black bean chili. This heady, meaty meal comes with a hefty garnish of macaroni, cheddar, onions, jalapeños, and sour cream.


For those who resolved to keep things healthy in 2014, at least for the time being, Heartland Cafe has something that is equal parts hearty, comforting, and healthful: buffalo chili. The restaurant prides itself on responsibly sourced, healthier alternatives to gluttonous comfort foods, offering more nutritious renditions of things like chili, burgers, and chips. By eschewing beef for buffalo, the restaurant automatically reduces fat without sacrificing flavor. Each bowl of buffalo chili is positively brimming with beefy flavor, minus any of the innate, binge-y side effects that come with beef. There's also a bean-filled vegetarian chili for those who'd like to take it a step further.


When it comes to soupy comfort food, there's a whole world beyond chicken noodle and split pea. Let's not forget that quintessential Asian warmer, pho. The preemeninent ethnic noodle soup, pho can be found all over Chicago in various forms, studded with all sorts of meats, seasonings, and garnishes. One of the most cultishly adored is that at Tank Noodle, the largest and most popular restaurant in Uptown's Vietnamese enclave. And for good reason. Bowls of pho here are colossal, awash with succulent noodles, anise-scented broth, crisp herbs, and any cut of beef imaginable. For those who'd like to take a more pedestrian route, there's always Big Bowl. Pho here is a little more elegant and a little more chicken noodle-y, but no less delicious. Speaking of elegant, pho doesn't get any ritzier than the version at Le Colonial. The glistening Asian gem in the Gold Coast serves up a luscious version made with oxtail, beef tenderloin, and pungent herbs, in a setting that will make you feel like Anna in Siam.