The Most Adorable Beer Ever

Most Adorable Beer Ever: Beer is not something often associated with cuteness, but DryHop Brewers has managed to pull it off with its latest beer, a collaboration with the Lincoln Park Zoo. Dubbed "I'm Not a Raccoon," the 6% Red Saison sends proceeds to the Red Panda Wish List Fund, which simultaneously makes this beer adorable and altruistic. 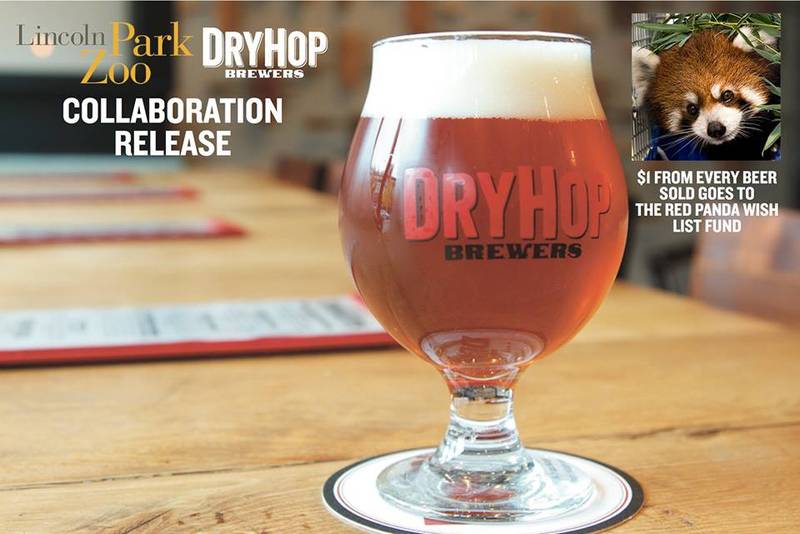 (DryHop's I'm Not a Raccoon for a good cause)


It's not very often you hear about breweries collaborating with zoos, but DryHop shows some community love for its not-too-far-away zoo. To help the Red Panda, DryHop created a beer inspired by ingredients in the Red Panda's diet, all with the intent to help raise the $4,500 worth of bamboo needed for the animal's yearly diet, which is pretty stunning considering that basically comes out to four or so meals at Alinea.


I'm Not a Raccoon, so named for the Red Panda's similarity to certain raccoons, makes its debut at a release party on May 7 at DryHop. For each pint sold, one dollar will go towards the Red Panda Wish List Fund, an important contribution considering the Red Panda's endangerment in the wild due to poaching and habitat loss. Appropriately, DryHop brewed their red saison with mulberry leaves and bamboo, plus Mandarina hops and lemongrass.


Also at the release party that starts at 6:00 p.m. on May 7, the Lincoln Park Zoo will be donating one set of two comp tickets for raffle to Zoo-ologie, the auxiliary board of Lincoln Park Zoo's premier fundraiser on May 17.


Drink beer, save a red panda.