In the past, we’ve featured lots of Chicago desserts and confections, many of which have been highlighted in our ongoing Sweet of the Week column. But every once in a while, a dessert comes along that defies the norm, pushes the boundaries and commands attention well beyond the standard. Of late, that dessert is the brand new Cake Shakes at Public House.

Cake shakes in general aren’t a complete novelty in and of themselves.Chicago desserts any Portillo’s fan can attest, cake-infused milkshakes are a special kind of comfort food. Even pie shakes and doughnut shakes have appeared in Chicago, in the form of Bang Bang Pie-infused custards at Shake Shack, and ones blended with Glazed & Infused doughnuts. But the cake shakes at Public House are on a whole new level. 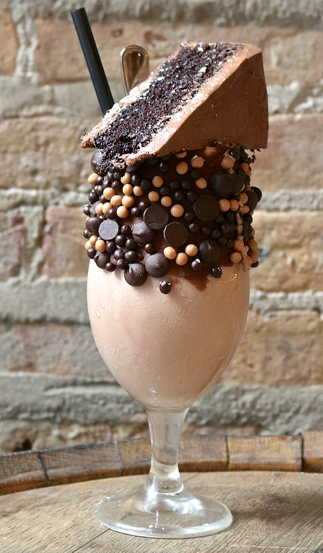 By smartly highlighting its proclivity for craft beer, River North’s Public House has whipped up an indulgent new boozy dessert option. The shakes are made with ice cream, beer, sprinkles, and an entire slice of cake as “garnish.” It’s basically the dessert version of one of those gigantic Bloody Marys garnished with skewered burgers and bacon. 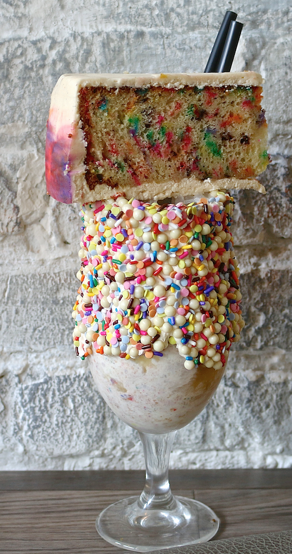