Before those pesky New Year's resolutions kick in, let's look back and daydream about Chicago's best desserts of 2013. With so many killer pastries and desserts in the city, it's quite the task to narrow it down, but I'll try my best. Looking back over the desserts I've consumed in 2013, it would seem that I was involved in some sort of Super Size Me-like documentary about the dangers of dessert indulgences, but lol no that's just my life. And I'm happy to do the research if it means uncovering confectionary gems like the ones I found this year. Without further ado, I present my top sweets of the year.

This year, Randolph Street's legendary JP Graziano Italian grocery and sandwich shop pulled a new trick out of its sleeve, and it tasted like some of the best gelato Chicago has ever seen. The longstanding shop hired Ben Roche, formerly of moto Restaurant and Baume & Brix, to spearhead the gelato and sorbet program, and he got to work crafting masterful versions of pistachio, cherry, olive oil, and risotto. Flavors were perfectly aligned with the Italian grocery's philosophies, incorporating ingredients found in Italian cuisine to great effect. Textures were otherwordly and flavors were so bold and bright, it rendered most other gelato and ice cream bland by comparison. 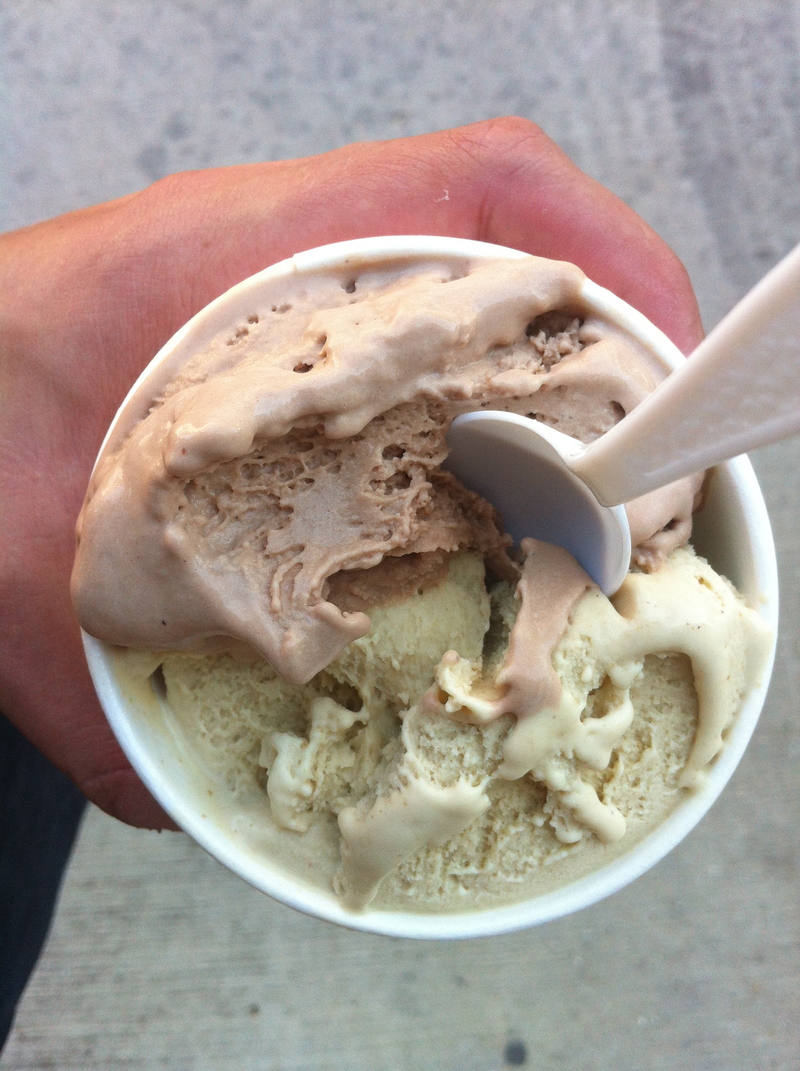 Rooted in nostalgia and often woefully relegated to nursing home buffets, rice pudding is a dessert deserving of more credibility and menu real estate. This year, Dillman's Restaurant made the bold move of featuring it on its dessert menu. Results were exceptional. It looks classic and homey, presented in a glass sundae bowl dusted with cinnamon, but this rice pudding could stand up against any cake, pie, or ice cream any day. Rice is cooked until barely al dente, providing a tiny bit of body amidst all that creamy, sugary custard. The texture prevents the rice from dissolving into a mushy mess, and the dessert itself isn't too overly sweet, proving that when done correctly, rice pudding is sugary Americana at its best. 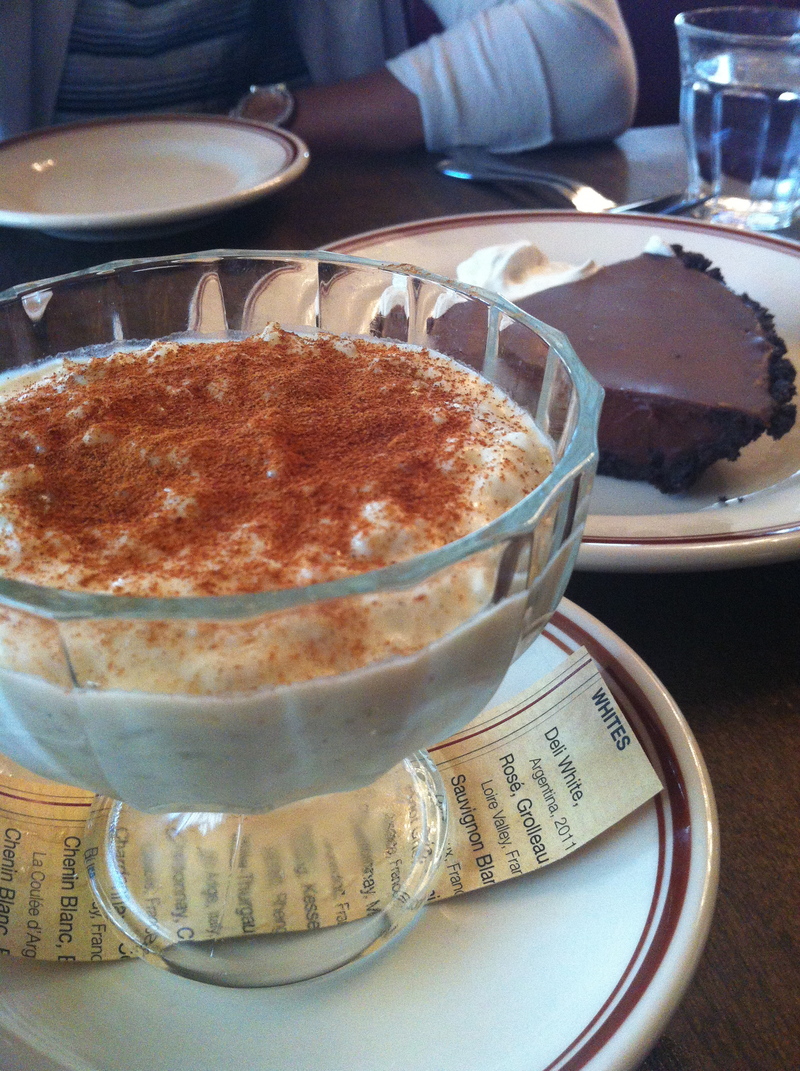 I must admit I reached doughnut fatigue about 2/3 of the way through 2013. Enough with the doughnuts already. I get it, they taste good. So if you're going to do doughnuts, dedicate yourself to it and do them right. At endgrain, they do. Doughnuts at endgrain are legit. They're not too cloying, not too tense and doughy. As Goldilocks would say, they're just right. I'm particularly fond of the strawberry version served in early summer. It was perfectly sized, about the width of my palm, with a delicate crumb and a gentle sprinkling of crisp sugar crystals over top. It had potent notes of strawberry flavor throughout, which combined with the sugar to create a dreamy Nesquik-like sensation. These doughnuts are made for dunking, so when immersed in coffee, they become the stuff of deep-fried dreams. 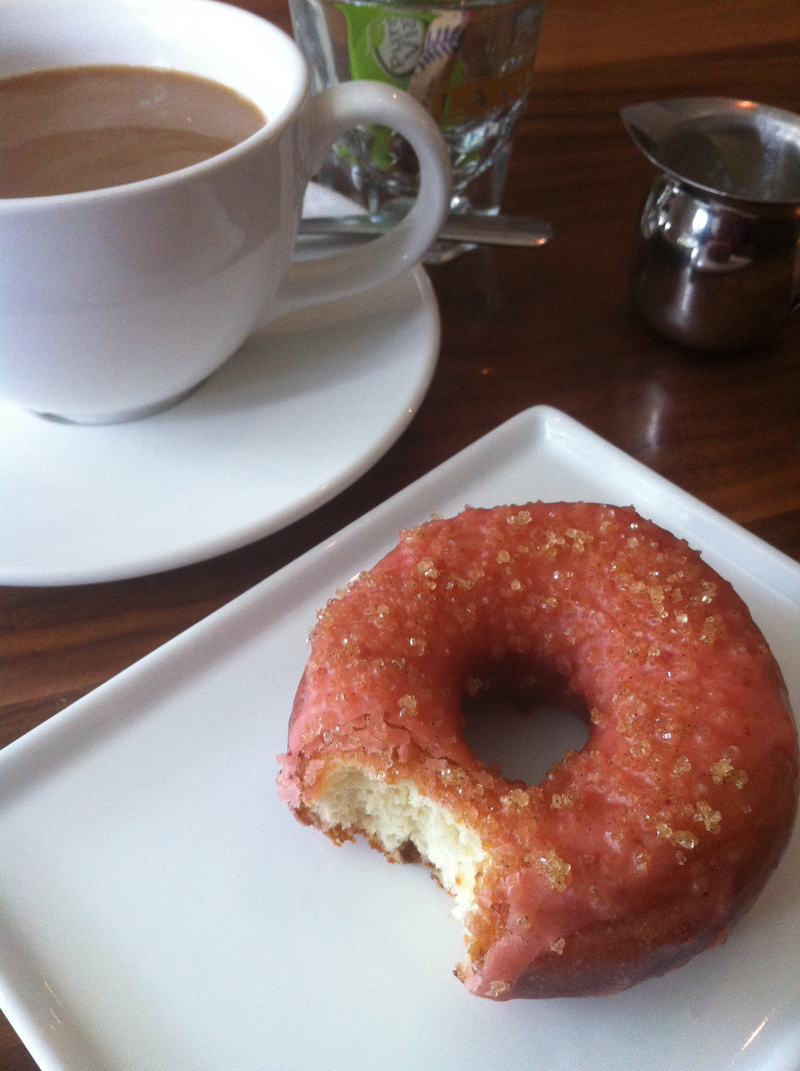 Blueberry pie is one of my favorite, quintessential desserts. Period. I was recently asked what my favorite dessert was, a broad question I would normally loathe, but was able to easily answer with blueberry pie. When done right, blueberry pie is just blissful; tart, sweet, tangy berries heaped inside a buttery crust with fresh whipped cream layered over top. It's an ideal summer treat, so fresh and vibrant. The best blueberry pie I've had, and the version I look forward to in the summertime, is the one at Bang Bang Pie Shop. This sucker is serious, bursting with a gluttonous mound of lush farm-fresh berries over a rich crumb crust. It's all crowned with an ample dome of whipped cream that gently melts down into the fruit, enriching the berry innards even more. 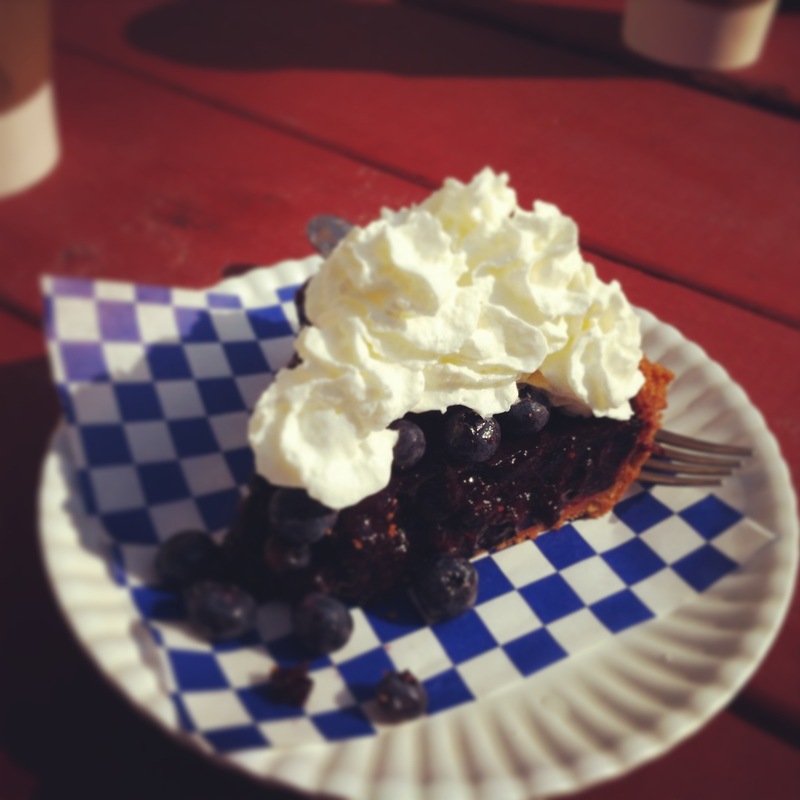 I used to think I liked milkshakes, and then Katherine Anne Confections' drinking chocolates came along. Now all milkshakes taste and feel like tepid water by comparison. My favorite summer quencher, the drinking chocolates at Logan Square's preemiment chocolate shop are made by blending various flavors of dense chocolate ganache with milk and cream. The results are thicker and quite a bit richer than most milkshakes. My favorite is strawberry, followed closely by chocolate, each one tasting like a pureed, chilled candy bar that you can drink through a straw. 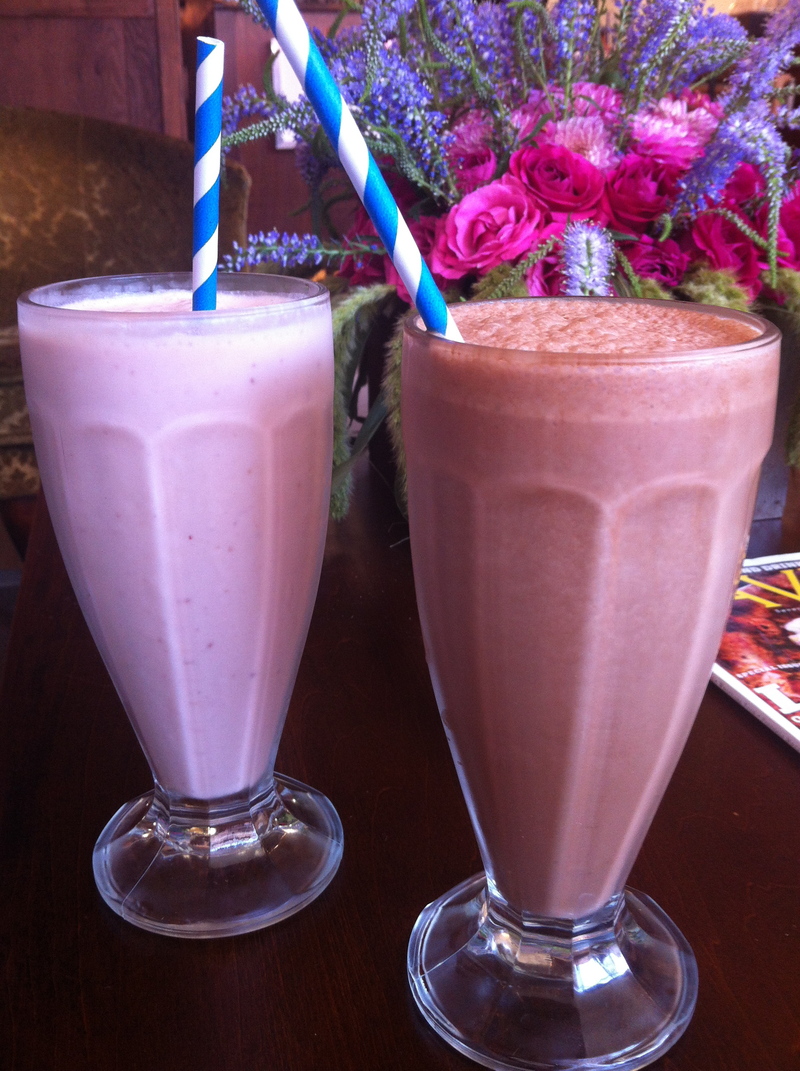 Pizzas are great and all, but my favorite thing to come from Floriole Cafe & Bakery's pizza nights this year is the brownie sundae. It's not always available; in fact, it was a one-off dessert special one evening several months back, but it's one of the most memorable desserts I had all year. The best part was how Americana and nostalgic it was, proving that something popularized at kitschy diners can be elegant and divine. By not overcomplicating a classic, Floriole was able to up the ante substantially on a simple brownie sundae. The dessert featured pieces of Floriole's excellent brownies strewn with chocolate sauce, vanilla ice cream, whipped cream, and crispy chocolate bits. Simple, sweet, and sensational. 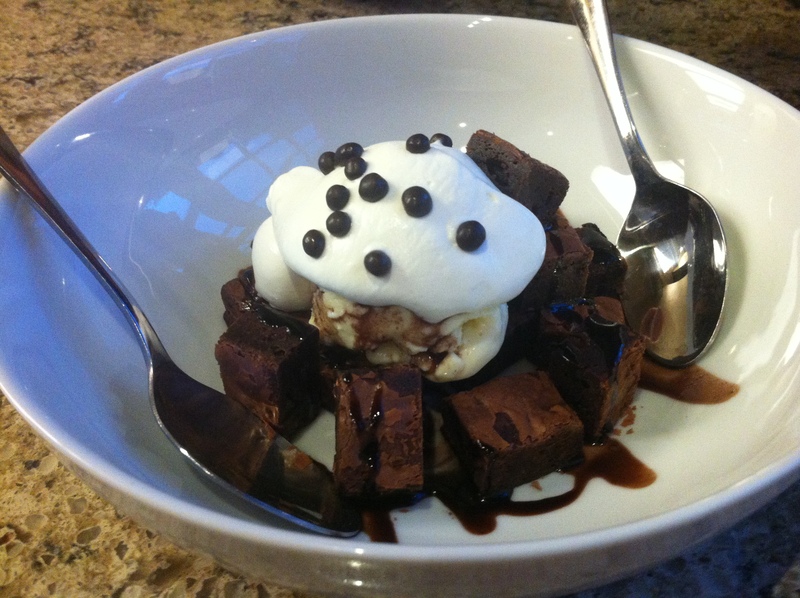 One of the most surprising desserts of the year was also one of the best. Flan is something regularly served at Takito Kitchen, Chicago's craftiest modern Mexican newcomer, but the neat thing is how the restaurant rotates seasonal flavors and gets creative with a custardy dessert so often consigned to monotony. The rhubarb version served earlier this year stands out for the tart, vibrant flavors infused into the silky-smooth custard. The dessert came alive, immersed in a potent rhubarb sauce and bedecked with juicy, petite strawberries. 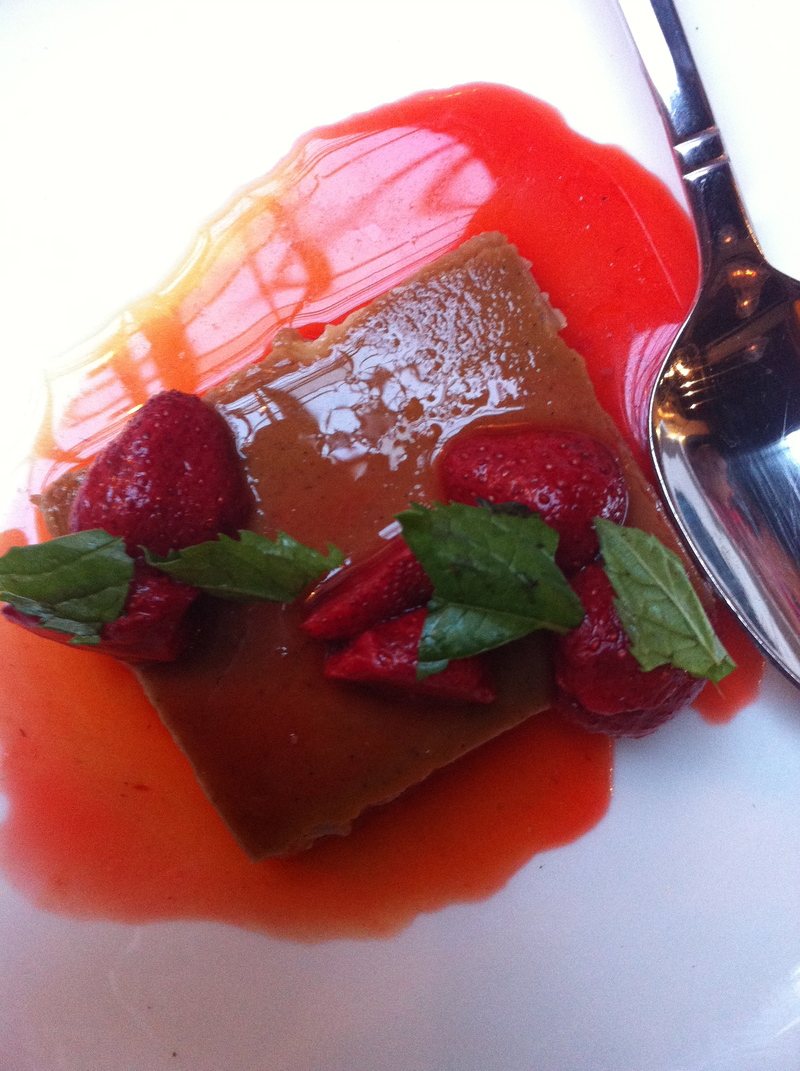 Speaking of desserts that are red, it doesn't get any better than the red velvet cake at Eleven City Diner. This is the best red velvet cake in Chicago, with more red than a scene from Jaws. No bells and whistles required, just a solid slice of dense, hefty red cake pimped out with mercilessly rich frosting. These multi-layered cakes are displayed in old-fashioned cake containers along the diner counter, glaring patrons in the face as they tuck into matzo ball soup and omelettes. It's impossible to resist, and you shouldn't. 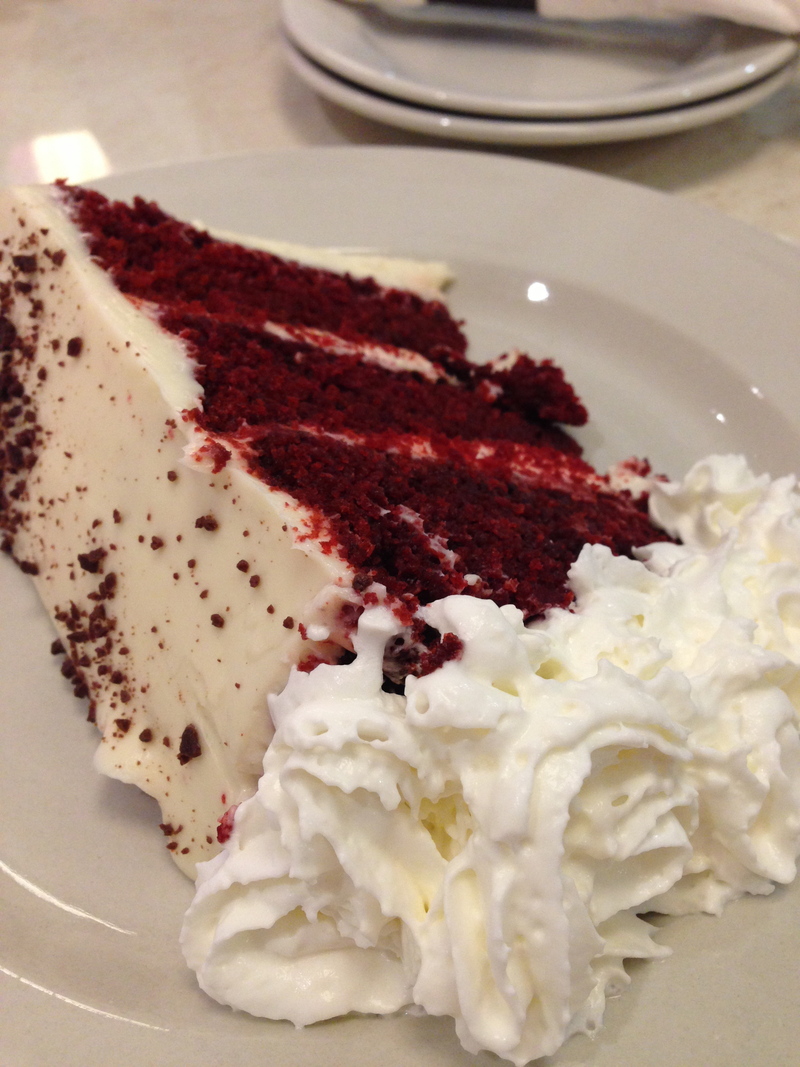 If people scream for ice cream (and presumably ice cream sandwiches), then they must go absolutely bananas for gelato doughnut sandwiches. Two of Chicago's most scream-worthy dessert purveyors, Black Dog Gelato and Glazed & Infused, collectively decided it was time to devastate some waistlines this past summer, opting to collaborate on gelato doughnut sandwiches for designated days. They pulled it off to great success over the summer, followed by a sophomore effort in the fall, each one met with hordes of hungry customers. And rightfully so, when stuff like this happens: lemon doughnuts sandwiching blueberry-French toast gelato. 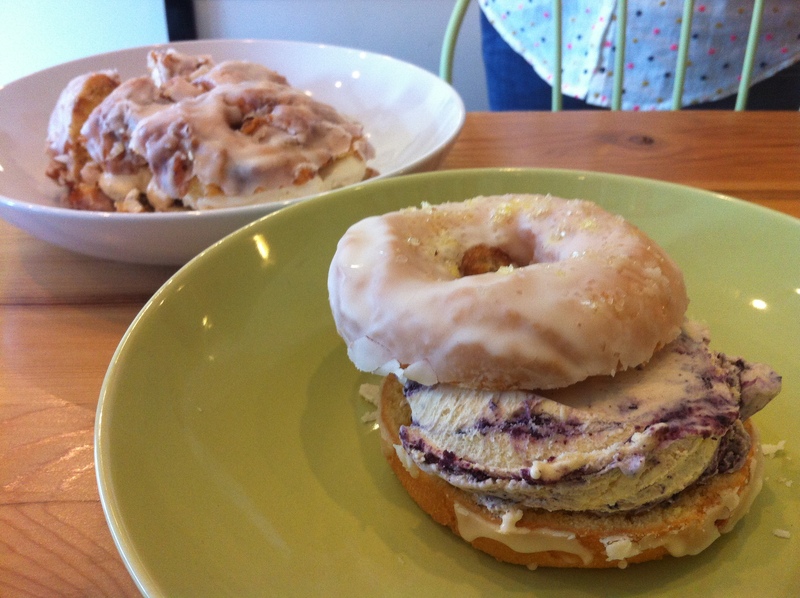