Peanut butter and jelly. Bert and Ernie. Coffee and doughnuts. Cassoulet and beer. That's right, I went there. And you will too when you get a taste of the new Sunday Dinner Club/Half Acre collaboration in the works. Starting with an event on February 17, Sunday Dinner Club kicks off a monthly residency program at Half Acre's Taproom, providing seasonal food to pair with whatever house beers Half Acre has on tap. For the underground, invite-only supper club and the booze-exclusive taproom, it's the perfect synergy. 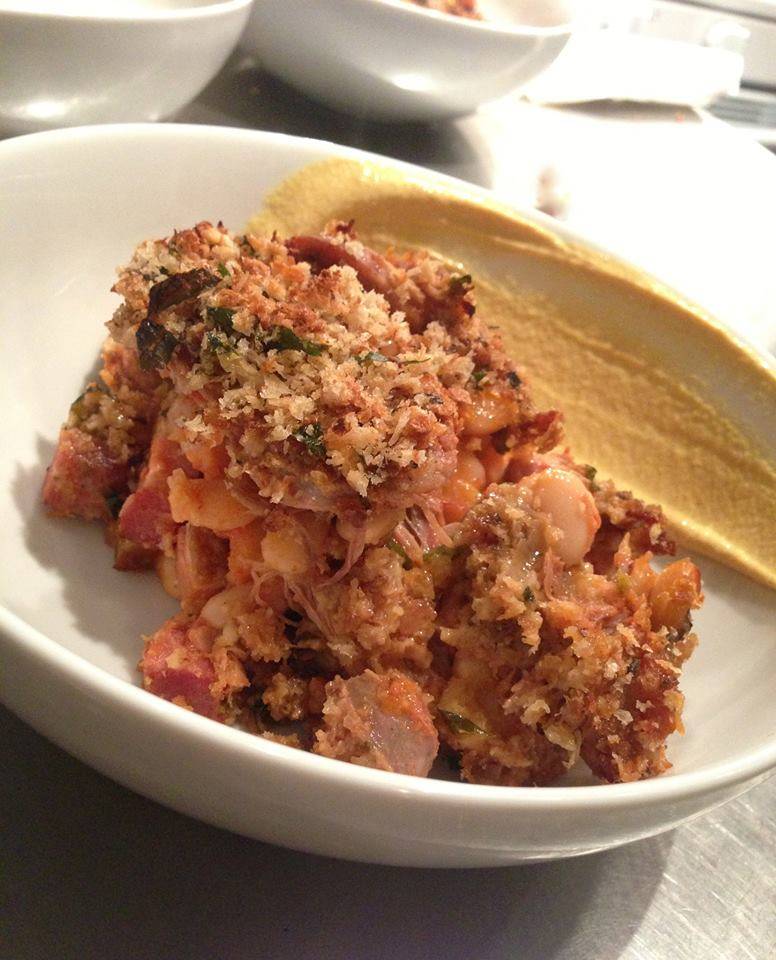 
For several years, Sunday Dinner Club has operated as an underground restaurant, mostly held out of private residences until recently moving upstairs from Honey Butter Fried Chicken, which is owned and run by the same chefs. To get in on the Sunday Dinner dinners, you would have to be on their mailing list, which you could do by signing up at Green City Market, at an event where Sunday Dinner was participating, or attending a dinner with a friend already on the list. This enabled the Sunday Dinner chefs, Christine Cikowski and Joshua Kulp, to maintain a sense of community and connection with all their diners. While the concept has moved to more permanent, standalone digs, the philosophies are still the same. But by branching out into the Half Acre Taproom with a recurring residency, it affords them new opportunities, and it affords Half Acre the opportunity to serve food. So it's pretty much winning, as Charlie Sheen would say.


To kick the series off, they're going big with cassoulet. One of Sunday Dinner's most popular and cultishly adored themed dinners of the year, their cassoulet is a laborious process that entails smoked bacon, bacon sausage, garlic sausage, leg of lamb, duck confit, white bean, duck fat breadcrumbs, and Dijon mustard. At Half Acre, it will pair with two pints of whatever ales are on tap at the time, and will be followed by chocolate mint cookie truffles and a five ounce pour to pair with dessert. All this for just $40.


Purchase tickets here to get in on the action.