This summer, the forecast calls for pie with a 100% chance of camaraderie. Lone Wolf is set to showcase Art Jackson's Pleasant House Bakery, the head of the food program at the West Loop bar, with a summerlong series of pie partnerships with other local guest chefs. Seeing as Pleasant House's bread and butter is British-style savory pies, a nosh perfectly atuned to the cocktails and beer at Lone Wolf, the series is an apt opportunity for Chicago chefs to get as crafty as can be. 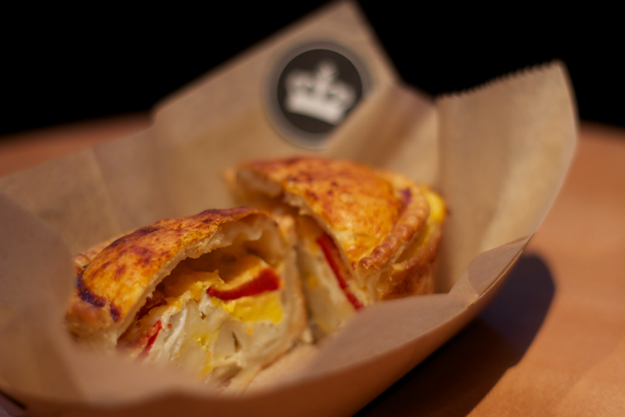 (This, but different and special)


Starting in June, each month will feature the pie-based handiwork of a different area chef. A portion of the proceeds from each pie benefits the charity of each chef's choosing, making the occasion both delicious and altruistic. Mark Steuer of Carriage House launches the series in June, riffing on his Southern roots and stylings with a crawfish and pork belly pie with Creole mustard aioli. Each pie costs $10, with a portion of June proceeds benefitting un86'd.


In July, the featured pie comes from Honey Butter Fried Chicken, followed by Fat Rice in August, and finished with Lillie's Q in September.