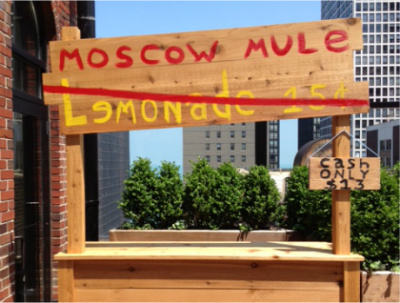 After sampling a bunch of cocktails primed for perfect summer weather, I’ve found that it pretty much comes down to this: People want something simple. That’s why I’m convinced the biggest sellers this summer will not be the fancy schmancy sippers rolling out. Instead, look everywhere for twists on the classic Moscow Mule as well as Polynesian-inspired elixirs.

Baume & Brix. While we’re not certain hyper-masculine guys will go for the colorful umbrella garnishing Made in the Shade, their mouths should water at the list of ingredients that include Aperol and a “floating” Moscatel Dorado. Head bartender Michael Huebner’s seasonal cocktail menus are as whimsical as the food coming out of the kitchen, so it’s no surprise he’s taking liberties with classic drinks. We love that his tropically inspired elixir pays homage to the Fog Cutter—one of those drinks that doesn’t get too much play around these parts. The addition of cinnamon and Novo Fogo Cachaça brings a little Caribbean charisma to the mix.

Dec Rooftop Lounge + Bar. Summers in Chicago get intensely hot, so you’ll want something icy cold in your hands whenever possible. Instead of reaching for a beer, might we suggest El Diablo's Mule, a Latin version of the Moscow Mule? This riff’s blessed with El Jimador tequila, Cassis and Xocolatl mole bitters and will have you wishing you didn’t nod off in those high school Spanish classes. Of course it arrives in the Moscow Mule’s signature tin cup; just don’t be tempted to leave with it. 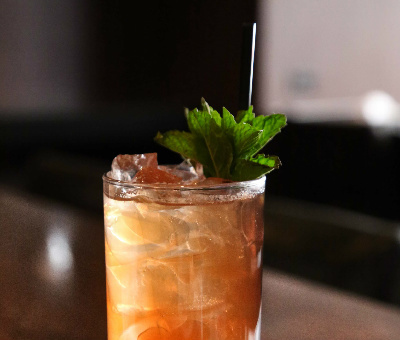 Drumbar. Speaking of the Moscow Mule, while Drumbar’s Craig Schoettler uses a traditional recipe (vodka, fresh ginger ale, fresh lime), what sets it apart is that it was made in a Kegerator and served on draft at the well-heeled rooftop lounge. And wow, it gets even better: Look for a lemonade stand-inspired bar outside serving them. It’s cash only. Schoettler’s also whipped up the Tiki, a decadent and exotic concoction of Atlantico private cask rum, pineapple, lime juice and cinnamon. (P.S.: We’re seeing a lot of cinnamon on menus this season, too!)

The Gage. Too bad you cannot get a decent cocktail when visiting Millennium Park. But lucky for you, all you have to do is head across the street and hang on Gage’s patio for one of the freshest Moscow Mules in the city. Head bartender Thomas Mooneyham integrates premium ingredients—Gosling's Ginger Beer and Tito's Handmade Vodka—for an intense flavor profile. Yes, it’s simple, but it’s that good. 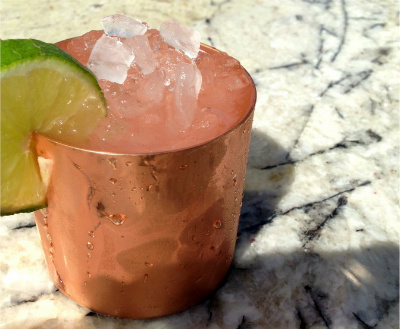 Michael Jordan’s Steak House. The Calypso Punch has Mai Tai written all over it, yet is highly influenced by the Caribbean. Ryan Orlando’s drink boasts Zaya Gran Reserva Rum (from Trinidad & Tobago) and topped with a mint sprig. What makes it especially potent is three pumps of Pernod, an anise-flavored liqueur.

The Pump Room. The powers that be at the Public Chicago-owned restaurant/lounge should be on the lookout for imbibers trying to take home the specially made copper mugs designed to hold the Moscow Mule. They’re expensive looking and perfect for capturing the modern twist made with Tito’s vodka, thyme, mint, fresh lime and ginger beer.

Wood. The darling of the Boystown crowd doesn’t disappoint with Son of a Gun, yet another twist on the Moscow Mule. Created by self-described “cocktail originator” Jeffrey Wondrely, his version is Western-inspired with full-bodied sassafras and sarsaparilla-flavored blackstrap bitters from Wisconsin’s Bittercube Bitters, giving it a unique kick.