Whether a restaurant is turning 49 or 1, anniversarys in the hospitality industry merit celebration. This month, one longtime Chicago standby and one newcomer are celebrating with apt anniversary specials and events. Geja's Cafe turns 49 later this month, as DryHop Brewers beckons its first birthday. 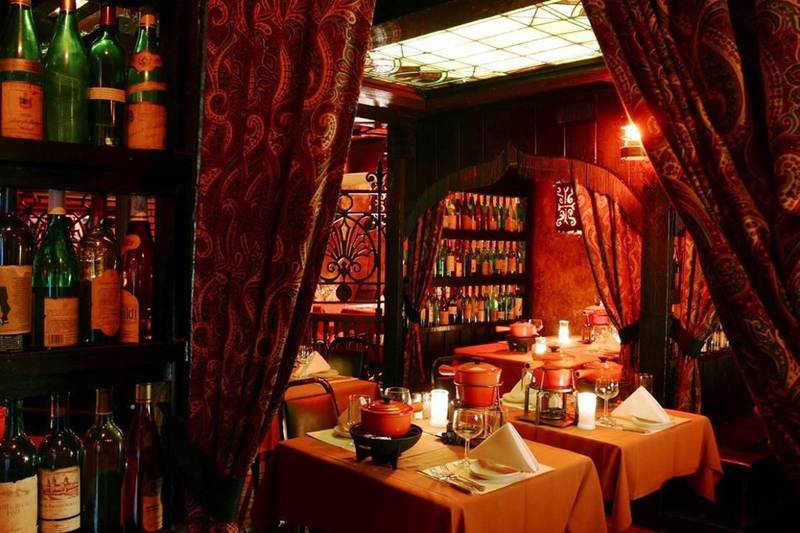 
For almost half a century, Geja's Cafe has reigned supreme as Lincoln Park's preeminent destination for fondue and communal noshing. One of the city's most romantic restaurants, Geja's has been the site of more than 100,000 dates and more than 16,000 engagements. A feat such as this certainly merits celebration, something Geja's will be doing later this month, beginning June 29 and running through July 4. During that time, the restaurant will offer 49% off all food bills and will host its annual recipe contest. Additionally, the 4th annual poetry challenge will be in full effect, wherein guests have the opportunity to wax poetic about their experiences at Geja's over the years. The top three poems will be selected and winners will be announced prior to the anniversary week festivities. For the recipes, fondue-lovers are able to submit dipping sauce recipes to accompan Geja's meats and seafood. Winners will earn a dinner for six with premium wines. Both recipes and poems can be submitted anytime before June 22. Both submissions can be sent to jefflawler@gejascafe.com with either "recipe" or "poem" in the subject line.


While DryHop isn't quite as seasoned as Geja's in terms of engagements and dates, the Lakeview brewpub is no less excited to celebrate its first successful first year in business. Lots of merriment is in store for DryHop, including brunch, a beer league, a banquet, a mystery beer release, and more. The anniversary specials get underway with a brunch on June 8, featuring a special three-course brunch menu. The DHB Beer League launch takes place June 9 starting at 5:00 p.m. People who enlist get all kinds of insider-y goodies, including a free growler, a take-home mug, a yearly birthday beer, 15% off kitchen favorites on Tuesdays, and more. That same night is The Barman's Banquet from 5:00 p.m. until midnight, a special pairing of a burger, a beer, and a shot of whiskey. Lakeview Neighbors Appreciation Party runs all day and night June 10. After DryHop distributes "Neighbor Thank You" cards around the 'hood, anyone who brings one in gets 25% off anything and everything. June 11 finds the mystery release of a comeback beer from DryHop days of yore. On June 12, it's $4 Shark Meet Hipsters all day long, and on June 13, it's the premiere of the new summer food menu.