When it comes to Asian cuisines in Chicago, Filipino food is not nearly as prominent as others. You've got Chinatown for Chinese, Argyle for Vietnamese, Devon for Indian, and a smattering of Korean restaurants speckled around the northwest side. But Filipino food is still few and far between. Which is a damn shame. Here to put the cuisine in the spotlight it deserves are two powerhouse Filipino chefs, joining forces for a night to showcase their native cuisine in the way it deserves. It's Pecking Order meets Twisted Pinoy next Monday, October 21, featuring the combined forces of Kristine Subido and Carlo Lamagna. 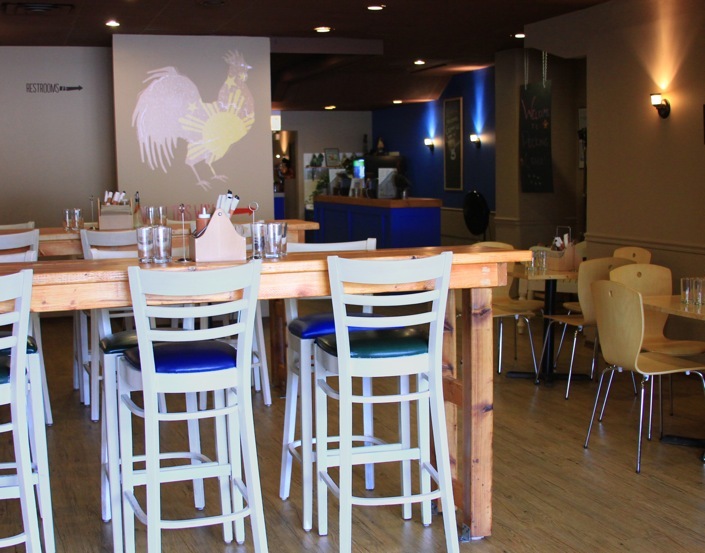 
Subido and Lamagna are esteemed Chicago chefs who have put in years of work in kitchens, establishing their credibility, and flexing their culinary muscles well beyond their Filipino stylings. Prior to opening her Uptown chicken restaurant, Subido helmed the kitchens at WAVE for years, curating an eclectic, dynamic menu that hopped around the globe, proving her dexterous skills with international cooking. Now she cooks up chicken every which way, and with aplomb. At first glance, it may look like an Americana chicken spot, but the crafty chef infuses her chicken-centric menu with Filipino flair by adding things like calamansi, coconut milk, jackfruit, and pandesal bread. Lamagna can currently be found in the kitchen at Benny's Chop House, where he modernizes the downtown steakhouse formula with his own novel approach to carnivorous cooking. Like a recent example of venison with cocoa powder, cherries, chanterelle conserva, and port jus. Prior to that, he was Paul Virant's right-hand man at Perennial Virant. And as with a pop-up dinner concept a while back focusing on Filipino cooking, this collaboration with Subido is an opportunity to showcase his roots under the guise of a concept called Twisted Pinoy.


The two chefs unite for a night next Monday at Pecking Order. Together, they'll cook a three-course family-style meal for charity, with a portion of proceeds benefitting Common Threads. The event starts with cocktails and passed appetizers from 6:00 p.m. until 7:00 p.m., followed by dinner from 7:00 p.m. until 9:00 p.m. Dinner will include a sampling of desserts prepared by Subido's mother, Melinda. Beer is provided by Goose Island, and spirits for cocktails courtesy of Journeyman Distillery. Tickets are $55 and can be purchased here.