On Cyber Monday, November 26, 2018 at 9:00 AM, the online rush for coveted Baconfest tickets will begin on their website.

Every year, Baconfest brings the very best Chicago restaurants, their chefs and staff, to the University of Illinois to compete for the Golden Rasher, an award given to those who make the most creative use of bacon. The list of participating restaurants for 2019 is yet to be posted, but here are some distinguished restaurants that went for the gold last year and who’ll probably go for it again in 2019.

Michael Jordan’s Restaurant. From Oak Brook, Michael Jordan’s Restaurant brings game to Baconfest, building on its reputation as one of the best places for steak and cocktails in the western suburbs. As #23 blew us away with his action on the court, let’s see how the bacon from chefs at his namesake restaurant do in the court of public opinion at Baconfest. Our prediction: they will kill it.

Birrieria Zaragoza. A family-run place shows that they can do as much with pig as they do with goat at their southside restaurant. Though not what you would call “fine dining,” Birrieria Zaragoza is simply one of the finest places to dine in the city of Chicago. The Zaragoza family specializes in just one thing, deliciously prepared goat, which you can have two ways: on a plate or on a tortilla. In the past, they have amazed with their bacon.

The Grill on the Alley. At The Grill on the Alley, you’ll find white-jacketed servers rushing steaks and seafood around to customers in a white-tablecloth dining room. You think they can’t do wonders with bacon? You’d be wrong. Bacon is all over their menu, and at Baconfest, they bring it. 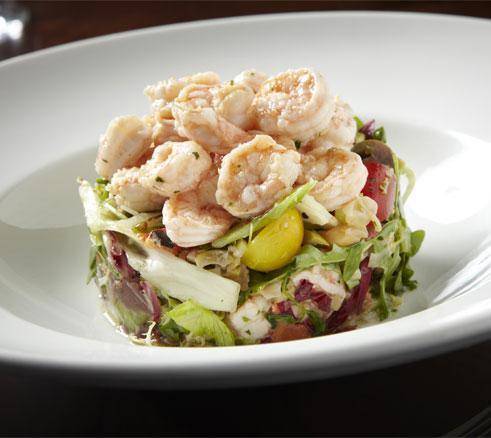 Sunda. The Philippines are known for their magnificent pork presentations, and at Filipino-inspired Sunda, you can be sure you’re going to get the very best of the pig. We’re talking about bacon. The skill that Sunda chefs display in their restaurant has been showcased at Baconfest, where they deploy their immense creativity with pork belly to yield remarkable results.

Mercat a la Planxa. Known for exquisite preparations of seafood and paella, Mercat a la Planxa brings to Baconfest their Catalan-expertise and their astoundingly skillful use of tapas as a vehicle for tastiness. The Spanish brought the pig to the New World, and you’ll find a whole new world of flavor in the bacon that Mercat a la Planxa presents at Baconfest.

Brasserie Margeaux. Located inside the Waldorf Astoria, Brasserie Margeaux is recognized as one of the Northsides best restaurants for French cuisine. Classic escargots, salad Niçoise, dry-aged Rohan duck breast and other classics put this Michael Mina restaurant in the vanguard of good taste in Chicago. That continental flair is on display at Baconfest when the Gallic chefs of Brasserie Margeaux take on the pork belly…and kick derriere.