No better way to beckon fall like a bevy of autumnal beers and hearty German sausages. In the welcoming throes of Oktoberfest, here's where to embrace your inner German: 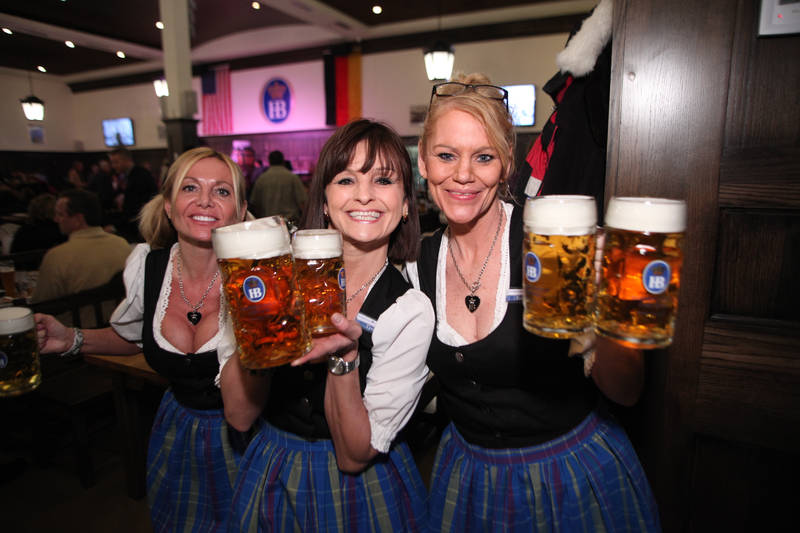 
Hofbrauhaus: One of the quintessential destinations for Oktoberfest festivities in Chicagoland is Hofbrauhaus, a veritable slice of Eastern Europe right in the heart of the Midwest. The second annual celebration at this German Mecca takes place now through October 13, featuring the restaurant's freshly brewed Oktoberfestbier, which is made on site using the same centuries-old method perfected in Munich. Daily food specials are on deck Monday through Friday, along with numerous entertainment offerings.

Revolution Brewing: On Friday, October 3, Revolution Brewing's Kedzie productiokn brewery dresses up as a German beer hall for Oktoberfest. Live music, German-style food, and of course beer aplenty will be out in full-force for the occasion, running from 6:00 p.m. until 10:00 p.m. Attendees will also be afforded a special sneak peek at the brewery's new expansion. Tickets cost $30 per person and include a one-liter commemorative glass stein and one ticket for beer. Purchase tickets here.

Taco Joint: Here's something a little more offbeat. Taco Joint is poised to fuse its Mexican roots with German sentiments for Oktoberfiesta, a weeks-long shindig running now through October 5. Both Taco Joint locations are celebrating German fall festivities with Jalisco bratwurst tacos, Revolution Brewing's Oktoberfest, and Maestro Dobel Diamond tequila on special. Guests can order these items individually, or as part of a package deal.