"I'm always evolving with my clientele. I listen to them and I grow," says Giuseppe Tentori, longtime chef at BOKA, the restaurant responsible for catapulting Boka Restaurant Group into the upper-most echelons of revered restaurant groups. Over the duration of his five-year tenure at BOKA, Tentori has certainly blossomed into one of the top chefs in the city and the country, constantly wowing diners with dishes so stunning they look like they could be framed and strung up at an art museum. Singular flavors and ingredient combinations came to be Tentori's signature, all a part of his journey from incoming chef to one of the city's most exciting. 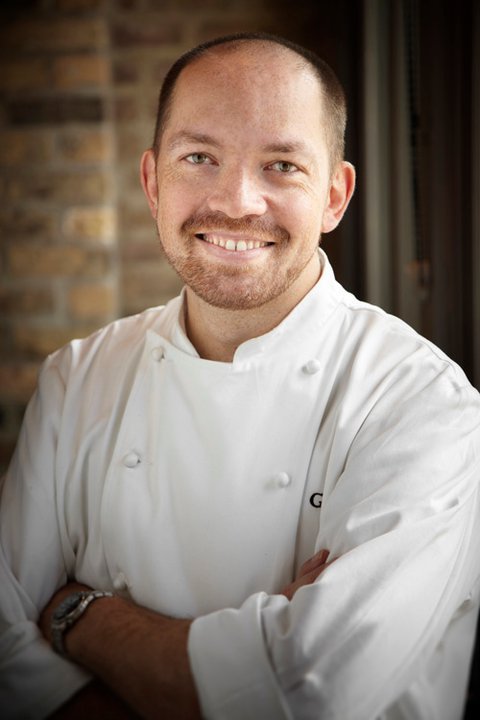 
"My culinary style changed," says Tentori, looking back over his time in the BOKA kitchen. "At first, I didn't know what it was or who I was. I just tried to keep the philosophy of simple, clean, and pure." For Chef Tentori, the mantra he always adhered to was crafting incredible food that was at once unique and special, but recognizable as well. "I want guests to recognize the food on the plate," he adds. Coming into one's own cooking style and developing a tangible philosophy is a taxing endeavor for most chefs, and Tentori is no different. However, by listening to his clientele and responding to customer feedback, he was able to ascertain a culinary style like no other, one that accels at purity and simplicity, albeit in grandiose compositions that make recognizable ingredients taste otherworldy. 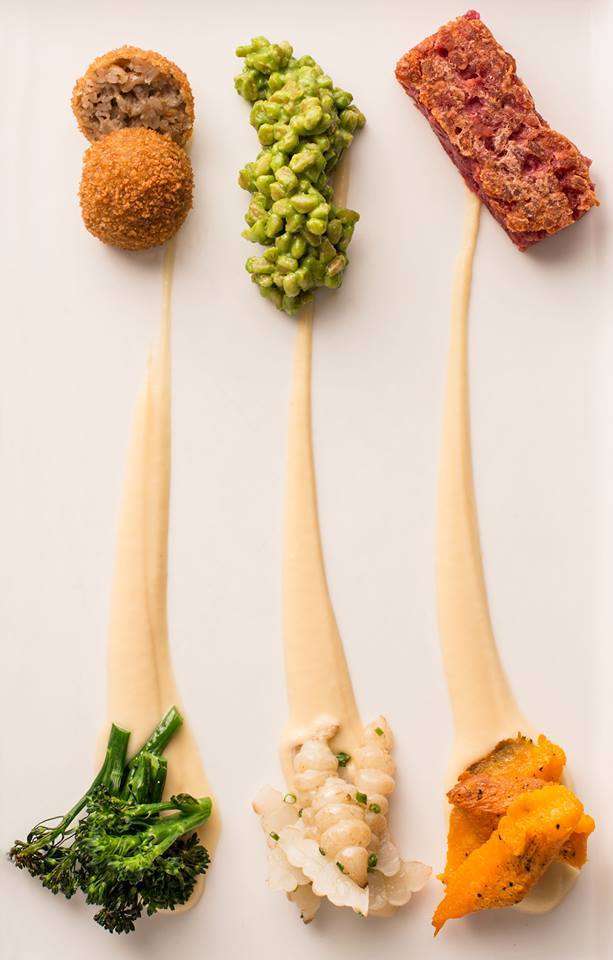 
You only have a few days left to taste Tentori's swan song, his final menu at BOKA before leaving on New Year's Day. True to form, Tentori's winter menu at BOKA restaurant is unlike any winter creations seen in Chicago. Baby squid comes with pineapple and spinach over a bed of jet-black squid ink tapioca. Seared foie gras skews sweet with the aid of chestnut cake, brioche sauce, pomegranate, and coffee gastrique. Farro fanatics (you know who you are) will flip over the farro three ways, a collection of farros prepared in different styles and bedecked with mushrooms, red beets, crosnes, grilled broccolini, squash, and red wine essence. The braised short rib is truly something special, elegant comfort food at its best, served with sage gnocchi, Burgundy truffles, Tuscan kale, and kabocha squash. Even a beet salad makes for a jaw-dropping experience, wherein roasted beets and walnuts are outfitted with Manchego croquettes, black pepper crackers, Navel orange, and honey vinaigrette. As Tentori steps down, Lee Wolen, nee of The Lobby, is set to fill his shoes. Look for BOKA 2.0 sometime in 2014, as Tentori gets to work on another new restaurant of his own, expanding his current repertoire beyond GT Fish & Oyster.


I look forward to seeing what Tentori does next. The man is one of the most talented and genuine chefs in the business, and I knew he was something special upon first meeting him to discuss a pasta-making bicycle machine years ago. Any chef dexterous enough to literally peddle fresh pasta is a chef to watch.