Gluten-free is much more than the foodie buzzword it's been made out to be, and when Chicago restaurants and bakeries walk the walk in addition to talking the talk, they prove that gluten-free deserves the same recognization as any dish on any menu. Much more than an afterthought to appease the occasional gluten-intolerant, more and Summer House Santa Monica are two places honing in on their gluten-free efforts, offering an impressive array of gluten-free items that prove the versatility of foods made sans gluten. They also happen to be so delicious that you'd hardly be able to tell the difference, which is the cherry atop the cupcake. 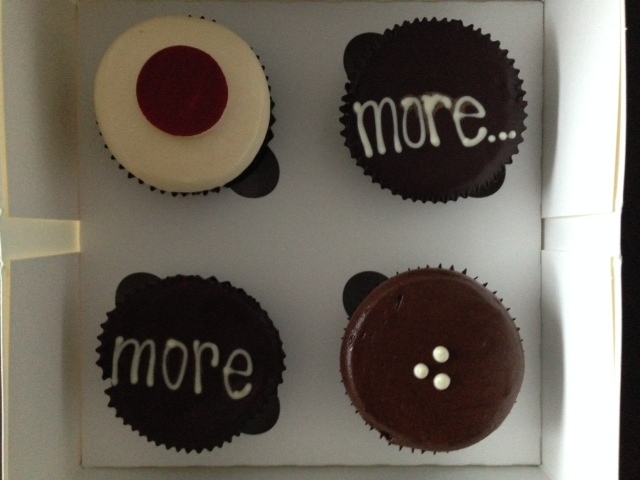 
Less Gluten is More at more

"We didn't want to do gluten-free cupcakes until we had the formula just perfect," says Patty Rothman, owner of Chicago's chicest cupcake boutique, more. The fastidious cupcake maven worked tirelessly to ensure she developed the perfect recipe for gluten-free cupcakes, contriving a precise mixture of gluten-free flours that would hold up and make for a delicious, enriching, and decadent cupcake. Cliche as it may sound, you'd never know the difference between the gluten-free varieties and the gluten-full cupcakes. They look just as elegant as the originals, marked by more's innate ability to bake an incredible amount of decadence into a fist-sized cake. more's brand new gluten-free line is as decadent and stunning as ever. From their signature "more" cupcake, a Hostess-inspired creation with cream filling, chocolate icing, and a drizzle that spells out the word "more" on top, to red velvet and chocolate-chocolate, more's gluten-free roster is prime for eating. The only thing noticeably different is the gluten-free cupcakes are decorated with dots in one way or another. For instance, the gluten-free red velvet has a red dot on top, while the signature "more" is followed by an ellipses... Less gluten really is more at more.

Gluten-free cuisine is paramount at Summer House Santa Monica, a splash of California sunshine in the heart of Lincoln Park. Helmed by chef Jeff Mahin, the restaurant prides itself on California-inspired cuisine crafted with Midwestern ingredients and affections. By appealing to a wide swath of clientele, this means curating a thoughtful, thorough gluten-free program. The restaurant offers an entire gluten-free menu, ranging from vegetables and seafood to tacos, steaks, pasta, and sandwiches. Notable standouts include the gluten-free bread served with fresh Burrata or as the foundation for sandwiches such as a French dip, a double-decker turkey burger, and a wood-grilled hamburger. Gluten-free pasta is particularly impressive, available bedecked with fennel sausage, broccoli rabe, and toasted garlic; or with forest mushrooms, truffles, and chicken brown butter brodo. In front of the restaurant, at the makeshift bakery area, there's a gluten-free chocolate chip cookie that would make Cookie Monster fawn.