The craft beer culture at DryHop Brewers is about to get a lot more comprehensive, and it's all thanks to new executive chef Joel Pillar. The chef takes on the honorable task of upping the ante on the food menu, to better match the beer program with dishes that display the flavors and seasonality of the house brews. 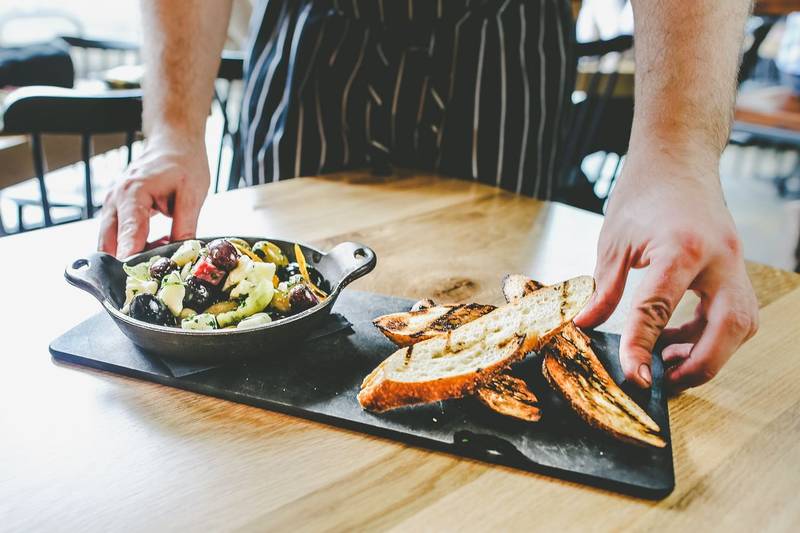 
Pillar makes for the perfect leading man at DryHop Brewers in that his career philosophies pretty much dovetail perfectly with those at DryHop. Case in point, his ardent passion for pairing food and beverages seamlessly, specifically dishes that match with beer. Trained at the French Culinary Institute in New York City, Pillar worked under Bill Telepan at his namesake restaurant before going on to clock time as executive sous at Skaneateles and later at The Purple Pig in Chicago. He made his way to DryHop before the brewery opened, starting out as lead cook, graduating to sous chef under Pete Repak, and eventually taking the reins following Repak's departure.


His goals are to articulate craft beer culture on the plate, echoing what guests are drinking with dishes that stand up to the beer and marry harmoniously. Working diligently on the line with his cooks, the hands-on chef strives to emphasize DryHop's casual neighborhood roots with dishes that are at once flavorful and reliable, as well as classic and comforting. His new menu rolls out April 3 and includes a bevy of new starters, "kitchen favorites," sandwiches, salads, and desserts. Expect olives strewn with cheese curds, poutine, green curry mussels, Welsh rarebit, bone-in pork chops, New York strip steak, buttermilk fried chicken, fish tacos, wedge salad, and sweet corn panna cotta.