DryHop Brewers is rapidly turning into Chicago's quintessential friendly neighborhood brewpub, extending a friendly hand to local compatriots such as Intelligentsia Coffee and iNG to brew up new collaboration beers. The Chicago-centric synergy is palpable in the beers, newly available/coming soon to DryHop Brewers. 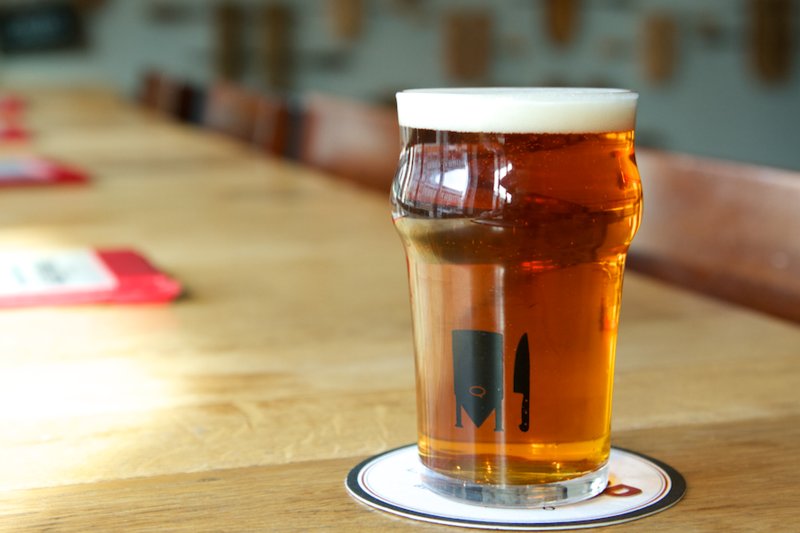 
Beer and coffee are two of the world's greatest brews, so it makes sense that they would make good bedfellows. The two come together harmoniously in DryHop's new My Mirrors Are Black, a Cuban coffee stout made with Intelligentsia's Yirgacheffee coffee. It's on the roster at DryHop now, where guests can imbibe coffee beer by the pour or by the flight.


DryHop gets a little more whimsical for their collaboration brew with iNG. Inspired by an Old Fashioned cocktail, the Rat Pack Old Fashioned Ale is brewed with orange peel, cherry puree, oak chips, sugar, and spicy Nugget and Saaz hops. Because it's not enough to brew a beer with a restaurant, DryHop is also collaborating on a cocktail and a dish. iNG mixologist Trevor Rose-Hamblin is the mastermind behind the Rat Pack Refashioned cocktail, adding Rat Pack Ale to a classic Old Fashioned. For food, DryHop's chef Pete Repak and iNG's Tim Havidic join forces to create a shared plate of pan-seared Colossal Panamanian white shrimp with garlic, pimenton, and shaved country ham. Everything gets released on Wednesday, November 20, at DryHop at 6:00 p.m.