Dining in Chicago can be fruitful, rewarding, exciting, and dynamic. With world-class restaurants and bars scattered throughout our glorious city, it's easy to have a good, delicious time at any time of day or night. But it can also be disorienting to navigate the spate of options, especially at the rate in which new spots open nowadays. Lately, it seems the city has been especially inundated with fresh options. Of course it's a great thing, but in case you're experiencing anxiety over your next dining purchase, here's a handy guide to sifting through the food fray:

Description: Buzzwords like "cold-pressed" and "organic" have been bandied about rather recklessly in recent years. Seemingly few juice shops have the mettle to back up the talk. But OWEN + ALCHEMY is different. The long anticipated juice bar, imagined by juice maven Anne Owen, hitched its wagon to Element Collective's star to bolster the haute juice concept with chef-driven undertones. So along with green juices, fruit juices, root veg juices, fermented drinks, and nut milks, there's plant-based dishes such as acai berry bowls, chia seed pudding, and kelp noodle salads.
You'll Like It If: There's a cold-pressed void in your life, you enjoy eating/drinking healthily but aren't willing to sacrifice flavor, or ordering glass bottled green juices makes you feel like your life is on the right track.
You Won't Like It If: The idea of paying a handful for juice turns you off or you're craving meat.

Description: Boka Restaurant Group strikes again, this time with a slick Japanese concept in the West Loop. The modern Japanese menu comes courtesy of executive chef Mark Hellyar and sushi chef Jeff Ramsey. Designed by New York-based AvroKO, the restaurant captures and celebrates that special era in Japanese lore known as the "economic miracle" through Japanese materials merged with Western styles.
You'll Like It If: Uber sleek Japanese restaurants excite you, you're all about the buzzy and splashy scenes, you're a Boka Restaurant Groupie, or you're looking for the coolest, hippest date night in town.
You Won't Like It If: Conversely, you hate crowds and scenes and trendy. If you're looking for a simpler, more straightforward and classic Japanese dining experience, go elsewhere.

Description: Lettuce Entertain You's longstanding Nacional 27 carved out a portion of its space for a new casual counter service taco spot called Tallboy Taco. In the vein of M Burger (originally opened inside a portion of Tru), Tallboy hones in on housemade tortillas and tacos for lunch and dinner, courtesy of chef/partner Tim Hockett. Expect items such as beer-battered fish, 12-hour smoked brisket, al pastor pork, carnitas, and crispy avocado. There's also chips, fundido, tres leches, and more.
You'll Like It If: You're a taco junkie, you're looking for a casual option in scene-saturated River North, you're drunk and/or hungover and hungry.
You Won't Like It If: You want something classier and more formal downtown, you're trying to impress a date and not keen on failing. 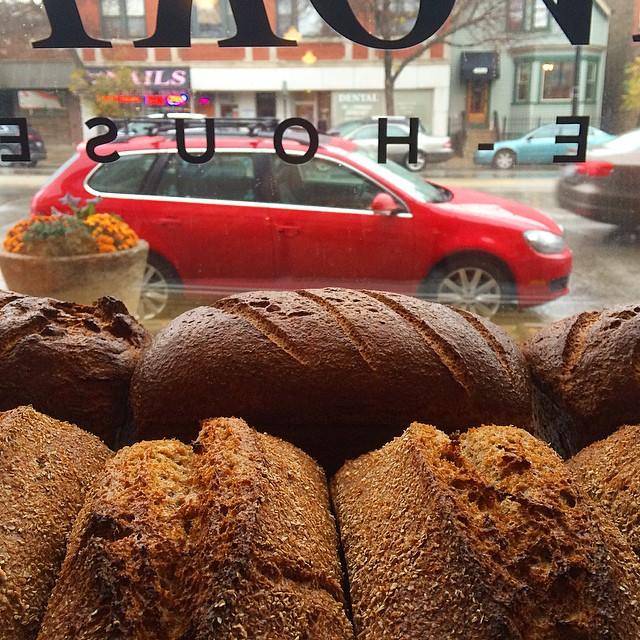 Description: 2/3 of the founding partners behind feverishly popular Bang Bang Pie Shop parted ways with the adoring cafe earlier this year to embark on a bold new venture. That venture is Baker Miller Bakery & Millhouse, a Lincoln Square gem that represents much more than a new neighborhood bakery, but the culmination of career dreams for Dave and Megan Miller. That name conveniently works out as a double entendre in that the cafe mills its own flour in-house, used for dishes both sweet and savory. Far beyond the confines of pie and biscuits, the Millers are stretching their wings and taking flight.
You'll Like It If: You enjoy pastries with a side of passion and care, you're looking to take your local dining practices to the next level, you're itching for a cafe that raises the bar on typical cafe fare.
You Won't Like It If: You're not willing to pay a bit more for cafe dishes, you're craving more traditional counter service items, the idea of milling flour in-house confuses and/or annoys you.

Description: One Off Hospitality keeps the tireless momentum going with their latest effort: a Tex Mex-inspired lunch counter adjacent to Big Star. As if that corner of Wicker Park needed another incessantly crowded hot spot. Regardless, Dove's dares to think far outside the typical pantheon of lunch counters, offering a unique mix of modern and seasonally inspired Tex Mex fare. Because chicken fried chicken and red chile enchiladas aren't going to salivate over themselves.
You'll Like It If: You like food, particularly chile-laden comfort food.
You Won't Like It If: Your love for food is outweighed by your distaste for crowds and hype.

Description: Andersonville's resident restaurateur powerhouse Marty Fosse branches out beyond his Italian empire with an all-American homage to the neighborhood with Summerdale. Harkening back to Andersonville's days of yore via vintage photography and design fixtures, not to mention nostalgic comfort food (Buffalo wings, Swedish meatballs, charred bologna, crispy chicken, ice cream sandwiches...), Summerdale is a veritable love letter to the north side 'hood.
You'll Like It If: You're an Andersonville resident looking for a new local standby, you've been missing neighborhood days of yore and you love nostalgia as much as you love fried chicken, or you're a Marty Fosse fan.
You Won't Like It If: You like a bit more pomp and circumstance with your dining endeavors, you're on a diet. 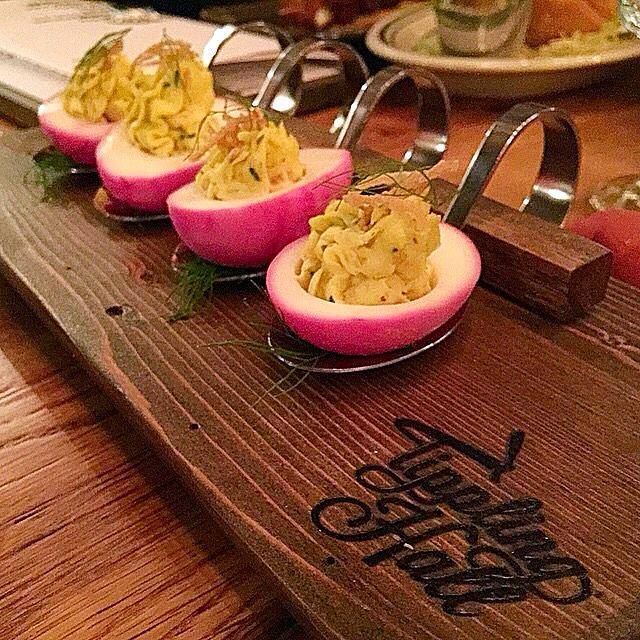 Description: At long last, Mercadito Hospitality opened its long in-the-works restaurant/booze hall in River North. Featuring a globally inspired menu by Guillermo Tellez — empanadas share menu space with chicken pot pie and banh mi — and an equally eclectic beverage program by the inimitable Tippling Bros., Tippling Hall offers a little bit of something for everyone. Especially if you're a night owl, as their super late night hours extend to 5:00 a.m. on Fridays and Saturdays.
You'll Like It If: You're looking for a loooooong night out on the weekend, you're with an indecisive group of diners and drinkers, you want that disparate menu experience minus the chainy bullshit.
You Won't Like It If: You prefer your dining destinations to be a little more cohesive and focused, you're on the wagon, or you're averse to crowds and scenes.