The Monarch recently appointed Michael DeStefano as their new executive chef, stepping in to fill the kitchen clogs vacated by Andrew Brochu. Most recently, DeStefano served as The Monarch's sous chef, but he and Brochu have a history that runs deeper than Ross and Rachel. The two worked together at Kith & Kin (RIP), EL Ideas, and graham elliot before moving to The Monarch, where DeStefano's straightforward style really shines. Here, DeStefano elaborates on his cooking experiences and time spent working alongside Brochu.

Dining Chicago: What are the most memorable lessons you learned while working alongside Andrew Brochu?

Michael DeStefano: As far as cooking goes, Andrew has an inspiring creative mindset. He has discussed with me his process of creating new dishes, which I loved. To someone reading a description of a dish he might have created, you could look at it and wonder how on Earth he could come up with those flavor combinations. But if you understand the process of how he develops a dish and pairs flavors, you will see that nothing is forced for the sake of just being original. The flavors all work together in some way or another before anything even touches a plate.

When Andrew offered me a job at Kith & Kin, he told me about his experience in the industry, and told me he could offer a lot of knowledge when it comes to food and cooking. But he told me the most important thing he would be able to teach me is about cleanliness and organization. And that extends from not only your work station, but to the walk-ins, your apron, and to the dish pit. Kitchens are fast-paced environments, so you have to move fast. But that shouldn't mean sprinting. It means working efficiently. And if you want to work efficiently, you have to be clean and you have to be organized, both physically and mentally.

The third thing I learned from Andrew is to trust yourself and stand by your food. This was important to me in the growing process as a cook. You need to be confident in order to do this job. Don't let the fear of making a mistake ever get in the way of your job. It is important in order to learn and get better.


Dining Chicago: How does it feel to be on your own at the helm of the kitchen?

DeStefano: It feels good. I'm definitely not on my own though. I have a lot of support throughout the restaurant. There are changes that will take getting used to, but I am ready to embrace them. 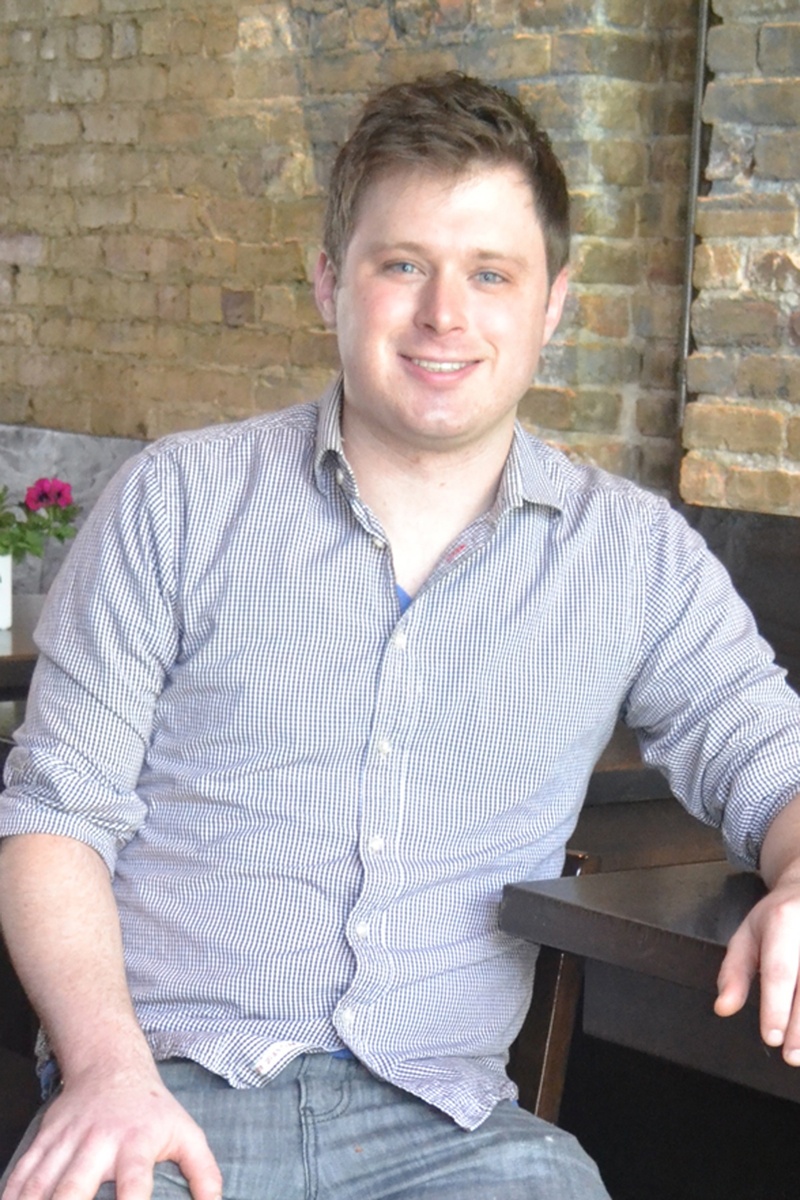 
Dining Chicago: How (if at all) are you doing things differently at The Monarch than when Andrew was there?

DeStefano: Andrew did a good job putting a lot of systems in place at The Monarch in order for this place to run efficiently. It's my job to look at them and see what is working and what might need to change. We talked about how this would be my first executive chef position, and how I will push very hard in seeing that I set a standard for myself and for my food.


Dining Chicago: Describe your personal cooking style/philosophies. How do they differ and relate to Andrew and how do they align with The Monarch?

DeStefano: Andrew and I see eye-to-eye on a lot of things, so our philosophies about food are very similar, but his style and his goals are on a different level than mine. I like super casual, unfussy food, but doing that and not making it boring is what interests me. I think The Monarch is a great outlet for me to cook food that is stimulating enough for me, but will not intimidate guests. It really comes down to being able to season a good product.

Andrew wants to push boundaries with food, doing something that hasn't been done before. That is the mindset and the purpose of Alinea, Next, Aviary, etc., along with executing it on the highest level. I've never worked for any of those places, but I like to consider Chef Achatz in my mentoring tree, through Andrew. It's always exciting to think about that. And that is how the industry evolves and gets better, whether it's what Andrew will be doing at the Aviary or what I will be doing at The Monarch.