Mardi Gras, a time to fatten up on binge-worthy food and booze before a time of repentance and sacrifice. Or just an excuse to engage in raucous frivolity before continuing to live your life as normal. Either way, Mardi Gras, which takes place March 4, is a rollicking good time filled with New Orleans-inspired food and drinks, and Chicago restaurants are going all out for the pre-Lenten festivites. Here's your guide to Mardi Gras dining and drinking. 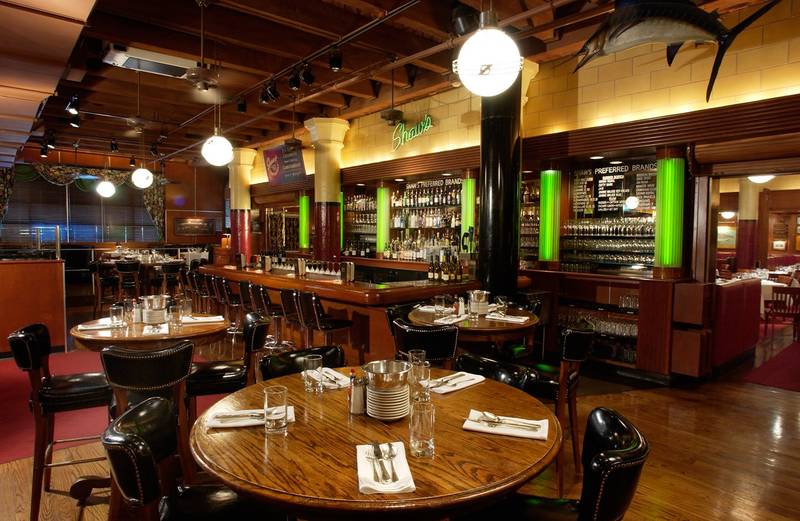 If there's one place that knows how to throw a good Mardi Gras party it's Shaw's Crab House. The restaurant kicks off a five-day celebration on February 28, running through Mardi Gras with bounteous specials, cocktails, and live music in the oyster bar. Expect crawfish po' boys, blackened redfish, crawfish pot pie, jambalaya, seafood gumbo, hurricanes, sazeracs, and more. On Sunday, March 2, Shaw's hosts brunch with a New Orleans twist, featuring dishes such as bananas Foster French toast, crawfish and ham etouffee, Cajun oyster Benedict, bread pudding, and hoppin' John. It all peaks with an all-you-can-eat crawfish boil on Mardi Gras, served alongside the rest of the specials and augmented by music from the Midway Ramblers Cajun Band.

In case you miss the Mardi Gras boat, don't fret, because Hugo's Frog Bar & Fish House is doling out inspired etouffee from March 4 through March 10, to help you ease into Lent. Created by corporate executive chef Randy Waidner, the dish is made with shrimp, andouille sausage, crawfish tails, and rice. Also on deck, New Orleans-inspired Grasshopper cocktails made with Smirnoff Vanilla vodka, RumChata, creme de menthe, and creme de cocoa.

HUB 51 knows how to party. Every day of the year is a good time at this River North mainstay, but especially when it's Mardi Gras and especially when hurricanes are involved. The beloved New Orleans cocktail staple is on special at HUB 51 for Mardi Gras for $8 a pop, making it all too easy to get sloshed, New Orleans-style.

While Bub City is typically well-oiled in the world of Southern, rib-sticking fare and good-timey drinks, for Mardi Gras the barstaurant is honing its focus on New Orleans. Naturally. The BBQ haunt is serving up gumbo, oyster po' boys, and yes, hurricanes, on Mardi Gras. The latter of which is a luscious medley of Jamaican rum, passion fruit, pomegranate, and lemon juice, aka you want to drink this in large amounts.

Carnivale is adept in the realm of worldly party celebrations, seeing as their name recalls the vast South American holiday of Carnivale. But for Mardi Gras, the modern Latin palace tips its hat to another festive fete. From March 1 through March 4, the restaurant will be showcasing live Zydeco music, drink specials, beads, masks, face-painting, and Cajun cuisine via a special prix fixe. Dishes include appetizer options such as shrimp and grits and crab Creole, entrees such as lobster etouffee and fejoada, a sort of Brazilian jambalaya made with smoked ham, chorizo, chicken, skirt steak, and a fried egg. For dessert, king cake is a marbled pound cake studded with candied pecans and Knob Creek single barrel ice cream.

Few things personify convivial New Orleans eating quite like a good old fashioned shrimp boil. Or a Frontier-style shrimp boil prepared by executive chef and New Orleans native Brian Jupiter. Digging back into time-tested family recipes, the chef is cooking up a family-style shrimp boil accented with potatoes and corn. The dish costs $33 per person, while $8 drink specials include gin fizzes, hurricanes, sazeracs, and hand grenades.