As with most 177th birthdays, they should be celebrated with steak and Cracker Jack sundaes. As the city of Chicago prepares to become incredibly old on March 4, Chicago Cut Steakhouse and The Local Chicago celebrate accordingly with some meaty, indulgent specials. Because when you're that old, the diet goes out the window. The Windy City has been through a lot since 1837, might as well let loose with some inspired comfort foods. 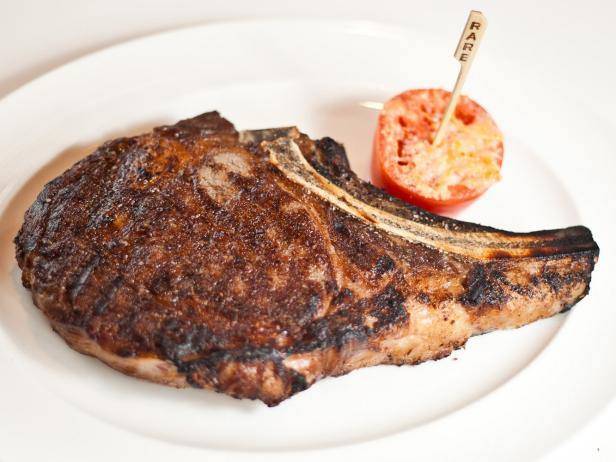 
Nothing says "happy birthday!" quite like bone-in rib-eye and gelato, right? Chicago Cut's signature bone-in rib-eye is the perfect celebration for Chicago, a city that unabashedly loves its steak. Dry-aged and butchered in-house, the masterful meat will be available at both Chicago Cut and The Local Chicago on March 4 for $54 per serving. Since Chicago not only loves steak, but lays claim to the invention of Cracker Jacks, the restaurants have teamed up withn Black Dog Gelato to create a very special sundae. Because presumably inflamed birthday cakes are still a touchy subject for a city that once went up in flames. The local gelato purveyor is whipping up Cracker Jack gelato, used to create buttery, caramel-y sundaes for $10 each.


In addition to special steaks and sundaes, Chicago Cut and The Local Chicago will be doling out Chicago flag pins to customers on March 4. Don't forget to sing.