There's a new pastry pro in charge at The Peninsula Chicago, and his name is Dimitri Fayard. The name alone sounds like someone who emerged from the womb making macarons, and the chef certainly has established an esteemed pastry pedigree, but he wasn't born with an offset spatula in his hands. Before going on a dessert spree at the hotel's three restaurants, here's a little background and insight into the pastry-minded gent. 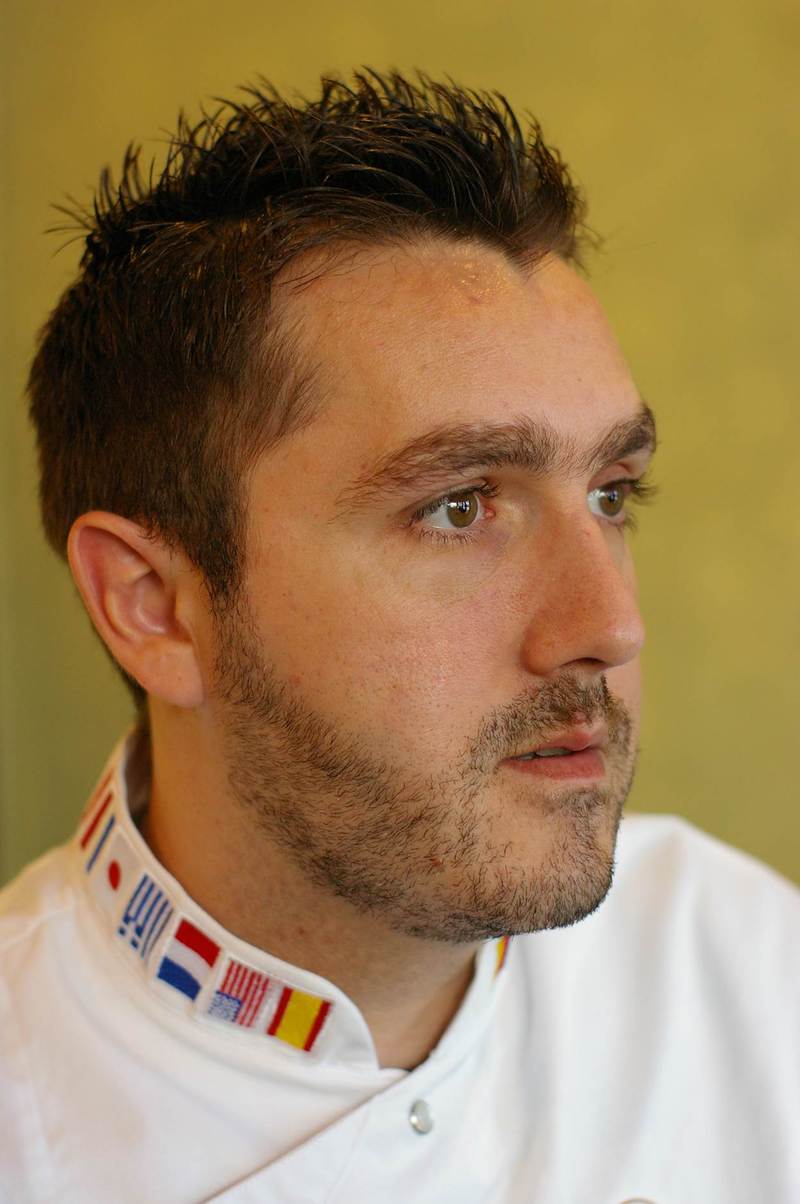 
Growing up, desserts were not a big part of life for Fayard. Sure, desserts featured prominently at special occasions, but the chef says his family just wasn't big into desserts. In fact, he initially wanted to be a savory chef. The ambitious lad decided at the ripe age of 11 that kitchen life was for him. At home, he frequently cooked with his mother. The rarity of desserts meant Fayard focused his home cooking on savory fare, developing an itch to pursue the craft professionally. So when he was of age, he went to school for culinary arts at the Lycée Pardailhan in Auch, France. He got his first taste for the pastry arts during his required half year stint in baking. What he discovered, he says, was that "I was a lot better at pastry than I was at cooking." He stretched out his pastry tenure to a year and fell in love with it. "Pastry comes very easy to me," he says. "I enjoy myself, and I am very pleased every time I put something in the oven." Throughout his fruitful career following school, Fayard says he amassed different skills and knowledge at different places. At his first job near Toulouse in France, he learned all the basics, which imbued in him a real passion for baking and pastry. His first boss was a renowned pastry chef in the region, inspiring Fayard and educating him about all things confectionary. He moved to the United States in 1998 and began working for François Payard at his shop in New York City, then worked as the assistant pastry chef at the Bellagio Hotel in Las Vegas. He then clocked some time at the Ritz-Carlton Corporate Hotel in Atlanta before moving to Chicago in 2002 to help open the Hotel Sofitel Water Tower. One of his most prominent local roles was at Vanille Påtisserie, the revered French pastry shop he opened with a business partner.


At The Peninsula Chicago, Fayard finds himself in the interesting position of running three different pastry programs. As the executive pastry chef of the hotel, he leads the charge for The Lobby, Shanghai Terrace, and Pierrot Gourmet, not to mention room service, banquets, and all the bells and whistles that come with hotel life. Manning such a comprehensive operation has its challenges and rewards. On one hand, Fayard says there is no down time, and it's challenging to work with three different cuisines, following the direction of the respective chefs and crafting desserts to fit each theme. For the French-reared chef, the modern Asian style at Shanghai Terrace is an entirely different animal. Conversely, Fayard finds rewards within these same challenges. Having his hand in different honey pots, so to speak, affords him the opporunity to do just about everything, from breads to candies to ice creams. For The Lobby, his repertoire includes a chocolate cremeux with lemon gel, caramelized hazelnuts, and sea salt. At Shanghai Terrace, he's incorporating tapioca pearls and pickled fruits into desserts. And at Pierrot Gourmet, expect classic French desserts and an expanded selection of macarons.


Asking Fayard what his favorite dessert or pastry to make is like asking Sophie what her favorite child is. However, when it comes to his preferred dessert to eat, he has a longstanding fondness for traditional mille-feuille. "It brings back memories," says the French native. "Desserts do that to a lot of people." Oh and in case you were wondering whether he bakes at home or not, the answer is emphatically no. Without proper equipment, it's a tricky endeavor, so he doesn't get dessert-y at home save for special occasions.