Riding the success of their first joint venture with SteakBar, restaurant groups Four Corners Tavern Group and Hogsalt strike again with Mexican-accented Federales in the West Loop. With an enormous patio, a bevy of margaritas and a miscellany of tacos and ceviche, the newcomer has the recipe to be the hottest Mexican haunt in Chicago since Big Star.
. 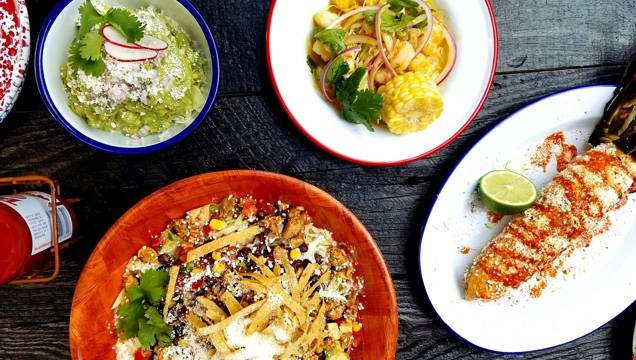 It’s all about tacos, nachos, ceviche and other casual Mexican fare at Federales, under the culinary direction of the Hogsalt masterminds. The taco menu features items like carne asada, pulled chipotle chicken and pork belly al pastor, available as platters of four or a la carte and served in either flour or corn tortillas. Group-friendly snacks include queso fundido, taquitos and appropriately enormous portions of nachos, along with fresh seafood like Baja-style shrimp cocktail and octopus ceviche. Churros and soft-serve are on deck for desserts.

The joint handiwork of Hogsalt’s beverage director Jean Tomaro and Four Corners’ bar director Tim Ryll, Federales booze program puts the spotlight on margaritas. They come in flavors like classic, mezcal, strawberry and hibiscus, and there’s even a boozy horchata frozen margarita. Along with a lineup of Mexican beers, including Tecate served with a hot sauce-spiced rim, Federales offers a fun take on tequila shots by serving them in shot glasses literally made of ice. 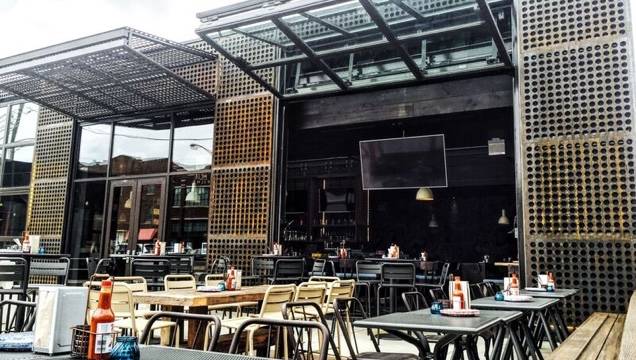 With its boisterous atmosphere, sprawling patio and open-air design, Federales is a nice homage to festive Mexican cantinas, all thanks to Karen Herold of Studio K. Inside, a huge black wood bar anchors the lofty dining room, which seats 176 and sports a fully retractable roof. This gives way to a 154-seat patio and “tequila garden,” accessed through retractable garage-style windows. A fire pit and a floor-to-ceiling mural by street artist Jason Botkin are nice finishing touches. Another cool addition is Federales’ custom trolley, which shuttles patrons to-and-fro local events and venues and serves Tex-Mex food on board.