Father's Day is just about here, so make sure you plan your itinerary accordingly and treat dad to a mighty meal he'll enjoy. Which is fortunately easy to do given Chicago's impressive gamut of dad-friendly eateries. Herewith, your handy dandy guide to Father's Day dining success. 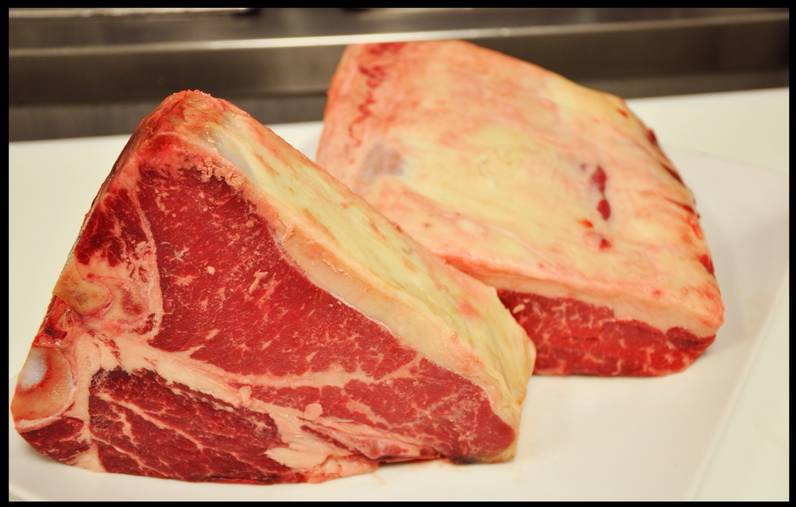 
Ceres' Table: Wood-fired pizzas, salumi, and Italian fare are surefire ways to earn your dad's respect and love. Do so at Ceres' Table, which recently unveiled its new location in Lakeview. Not only is the restaurant pretty much perfect for patriarchs as is, but they're doling out free draft beers to dads who dine at the restaurant on Father's Day. Be aware that only the first one is on the house, so if dad has a problem controlling himself, maybe reconsider.


Rustic House: Since dads are all about offering their two cents whether it's wanted or not, Rustic House is offering up Two Cent martinis for Father's Day. That's right, martinis that cost two pennies. You could find that change on the street. The special is available with the purchase of an entree. There's also a prime rib special with horseradish cream sauce, which is not two cents.


DMK Burger Bar, Fish Bar, Ada Street, County Barbeque: This Father's Day, all DMK Restaurant Group outlets are featuring a "Drink The Beer Your Daddy Used to Drink" promo, wherein dad's will be treated to cans of Schlitz all day long. It's one can per child, so the more the merrier! And obviously, the DMK gamut of restaurants is basically any dad's dream, what with burgers, fish, and barbecue among them.


Pizza Rustica: If sirloin kabobs brushed with bone marrow butter, bourbon chicken, and brown sugar whiskey-glazed ribs sound like fodder your dad will love, take him to Pizza Rustica for Father's Day. These and other specials will be on the chalkboard for the day, which is honoring dad with a special selection of BBQ-inspired fare. There will also be beers aplenty.


Takito Kitchen: Dads love steak. Dads probably also love tacos. So Takito Kitchen is where you need to be. For Father's Day, the Wicker Park restaurant is featuring a special $20 Wagyu steak taco made with Maytag bleu cheese, avocado, bacon, Urban Till lettuce, and a beer tortilla (!).

Unite Urban Grill: Steaks, seafood, and snacks round out the enticing menu at Unite Urban Grill, a dad-pleasing destination by any stretch of the imagination. Particularly, your dad will go bananas for the special 22-ounce cowboy steak from Painted Hills Farm. Ideally chased with one of the restaurant's cocktails, a craft beer, or a glass (or bottle?) of wine. Additionally, owner Joe Krouse will be gifting dads with a bottle of his signature basting sauce.

Mercat a la Planxa: Go big or go home. Aka go to Mercat a la Planxa for an entire suckling pig. For Father's Day, the restaurant is serving up special four-course tasting menus featuring their signature whole roasted suckling pig, along with a medley of tapas and craft beer pairings.


Ombra: Here's a fun, offbeat idea: take dad to Ombra and let him play chef for a day. Case in point, the Andersonville restaurant is encouraging dads and their kids to make their own pizzas with the aid of their new 4,000-pound wood-burning oven. The DIY pizzas are free with any purchase of $25 at the restaurant.