Farm-to-Table Just Got a Lot Easier

Although eating local is the hottest buzz term of the century, hotter even than cronut, it's a mentality that is often easier said than done. Until a mindful company comes in to seamlessly bridge the gap between farm and table. Local Foods is that company, an organization that sprouted last year and has grown exponentially over the past several months to become the go-to resource for farm-fresh food deliveries in Chicago. What started off as a miniscule operation with broad hopes and dreams has ballooned into something extraordinary, as exemplified by the recent announcement of Local Foods' forthcoming 27,000 square foot facility due this fall. 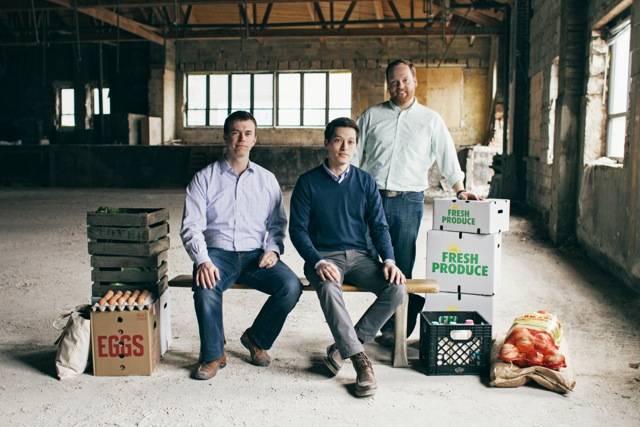 
Local Foods first took shape in early 2013, the brainchild of Andrew Lutsey, a financial pro with farming in his blood, along with business partners Ryan Kimura and Dave Rand. Each with their own unique background and expertise, the common ground for the trifecta was an ardent passion for local foods and the motivation to share that passion with others. Recognizing the growing need for local food delivery in Chicago, the trio founded Local Foods as a means to bridge the gap between farmers and consumers, be it chefs, schools, or home cooks. Since many farmers don't have the resources or time to hustle their products all over the city on a routine basis, Local Foods simplifies the process, making it regimented and easy for everyone involved, every step of the way. The company has one client when they debuted, now their roster boasts more than 100 chefs and retailers, including Nana, Farmhouse, and Trenchermen, as well as partnerships with upwards of 35 farms, from Bane Family Meats to Montalbano Farms, selling everything from meat and produce to dairy and grains. It's a true representation of the riches of the Midwestern breadbasket, pared down and simplified.


With such rapid expansion over the past year, and 10 heartfelt employees in tow, Local Foods is now ready for the next big step: a 27,000 square foot facility on the border of Lincoln Park and Bucktown. The space serves as a permanent hub for local Midwestern provisions of all sorts, augmenting the company's delivery protocol with a reliable resource for all things local under one sprawling roof. This fall, consumers will have steady access to Midwestern ingredients on the regular, rather than have to rely on sporadic farmers' markets for their fill.


So what does this mean for Chicagoans? And you? By getting their products into more hands (and mouths) on a regular basis and by connecting consumers and chefs with local foods, Local Foods ensures that everyone is a winner.