National Cheeseburger Day is a sacred holiday for many, considering burgers rank high up the emotional totem pole of comfort foods. So as if any of you needed further insentive to feast on ground beef patties, here's a handy excuse. To help guide you through this indulgent haze of a holiday, here's a nifty guide to some standout cheeseburgers in Chicago, along with some holiday-centric cheeseburger deals. 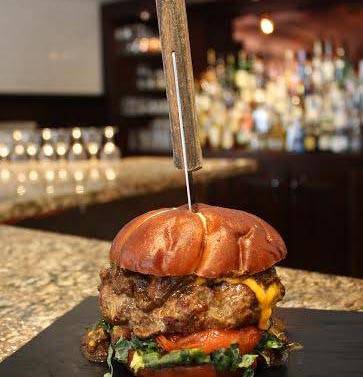 (The SWK at South Water Kitchen)


Owen & Engine: One of the greatest burgers in the world comes out of the kitchen at Owen & Engine, a manse-like neo-British restaurant and bar on the outer edge of Logan Square. From the billowy and warm house-baked potato bap bun to the treacly and jammy caramelized onions, the restaurant knows how to delicately accent the burger without overpowering or distracting. The focus here is clearly on the thick Slagel Farm beef patty, lush with meaty juices and earthy undertones. The restaurant also recently added another burger to its repertoire, a roasted eggplant variation that delves even further down the eclectic path with an Egyptian sweet roll, garlic-lemon aioli, sweet and sour tomatoes, and pan-fried Haloumi cheese.


South Water Kitchen: Bigger is better when it comes to burgers. Case in point, the incomparable "SWK Burger" at South Water Kitchen, where chef Roger Waysok serves up herculean portions of ground beef, smoked tomatoes, shredded black kale (which almost makes this whole thing seem like a salad, no?), beef cheek-onion jam (ok nevermind), and Widmer aged cheddar. Normally $20, the burger will be on special for just $10 at lunch and dinner on September 18.


Max's Wine Dive: This Texas import may be famed for its fried chicken and Champagne, but the burger is not to be ignored. This hefty behemoth is made with a blend of short rib, brisket, chuck, and beef belly, heaped on a brioche bun with hydroponic bibb lettuce, hot house tomatoes, red onion, and housemade pickles. Classic and intensely comforting. 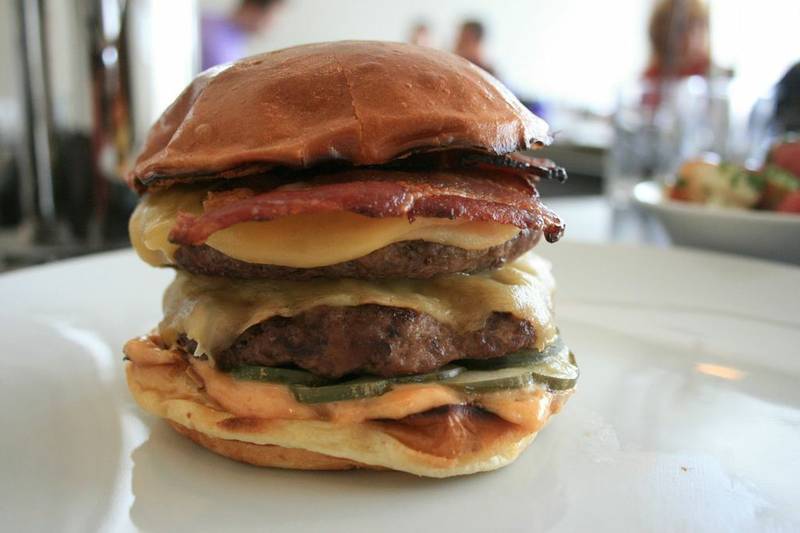 
DMK Burger Bar: Duh. One of the progenitors of Chicago's burger boom over the past several years is still one of the greats. DMK Burger Bar wows with its broad roster of crafty, chef-y burgers on puffy, perfectly sized buns. You can't really go wrong with anything on offer here, but one newbie to take note of is the Frito Bandito Burger, the rotating featured #!5, which runs from September 15 through October 15. It features a bison patty, guacamole, pido de gallo, Frito corn chips, and cotija ceese.


Acadia: One of my favorite burgers in town can be found at the casual bar area of the South Loop's finest fine dining gem. The Acadia burger flies in the face of the more upscale main dining room with its sloppy-but-wonderful medley of housemade bacon, "special" sauce, garlic pickles, smoked cheddar Mornay, and Gruyere. It's unabashedly cheesy, stacked, and gut-busting, as the greatest of cheeseburgers should be.


Mercat a la Planxa: A modern tapas restaurant may not be the most obvious destination for burger supremacy, but then again Mercat a la Planxa is full of delicious surprises. The signature Mercat Burger looks pretty standard, but it's laden with unexpected punches of flavor, from the La Peral cheese and the padron peppers to the heady red wine-onion jam.